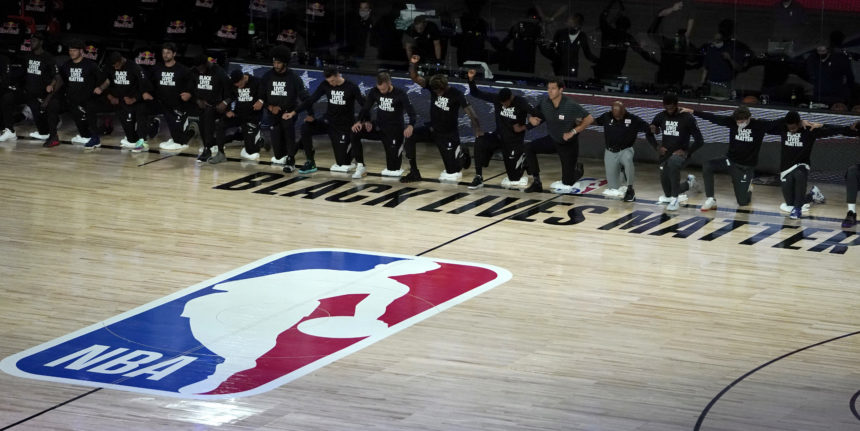 One week after the ESPYs, ESPN announced the recipients of their 2021 Sports Humanitarian Awards. There will be a televised special on July 24 where the winners will be formally recognized. But ESPN announced the honorees this week, and the NBA was the recipient of The League Humanitarian Leadership Award. Below is the official press release via ESPN:

"The League Humanitarian Leadership Award recognizes a professional sports league’s programmatic and philanthropic investments and its work for strategically engaging with athletes, teams and business partners to create positive impact in communities," the announcement reads.

"In a year unlike any other, 2020 will hold a distinct place in the NBA’s storied history. From the night of March 11, when the league halted its season, to its hands-on response to the nation’s racial reckoning, the NBA took a leading role in serving, engaging and inspiring communities across the world. The NBA Together initiative — launched 10 days after the shutdown — not only kept fans informed and connected to important resources, but also generated more than $100 million for part-time arena staff, healthcare workers and vital servers, provided over 10 million pieces of PPE and donated 9 million meals to food-insecure populations. Ahead of the Presidential Election, the NBA helped expand voting access and awareness with 23 teams committing facilities for safe voting, where over 300,000 people casted ballots.

"The NBA and NBPA collaborated to speak out against racial injustice and call for change, creating the National Basketball Social Justice Coalition to advance social justice. Additionally, the league created the NBA Foundation with an initial $300 million investment to create greater economic empowerment in the Black community through employment and career advancement. During 2021 All-Star, the league built on that commitment with $3 million in support of HBCUs."