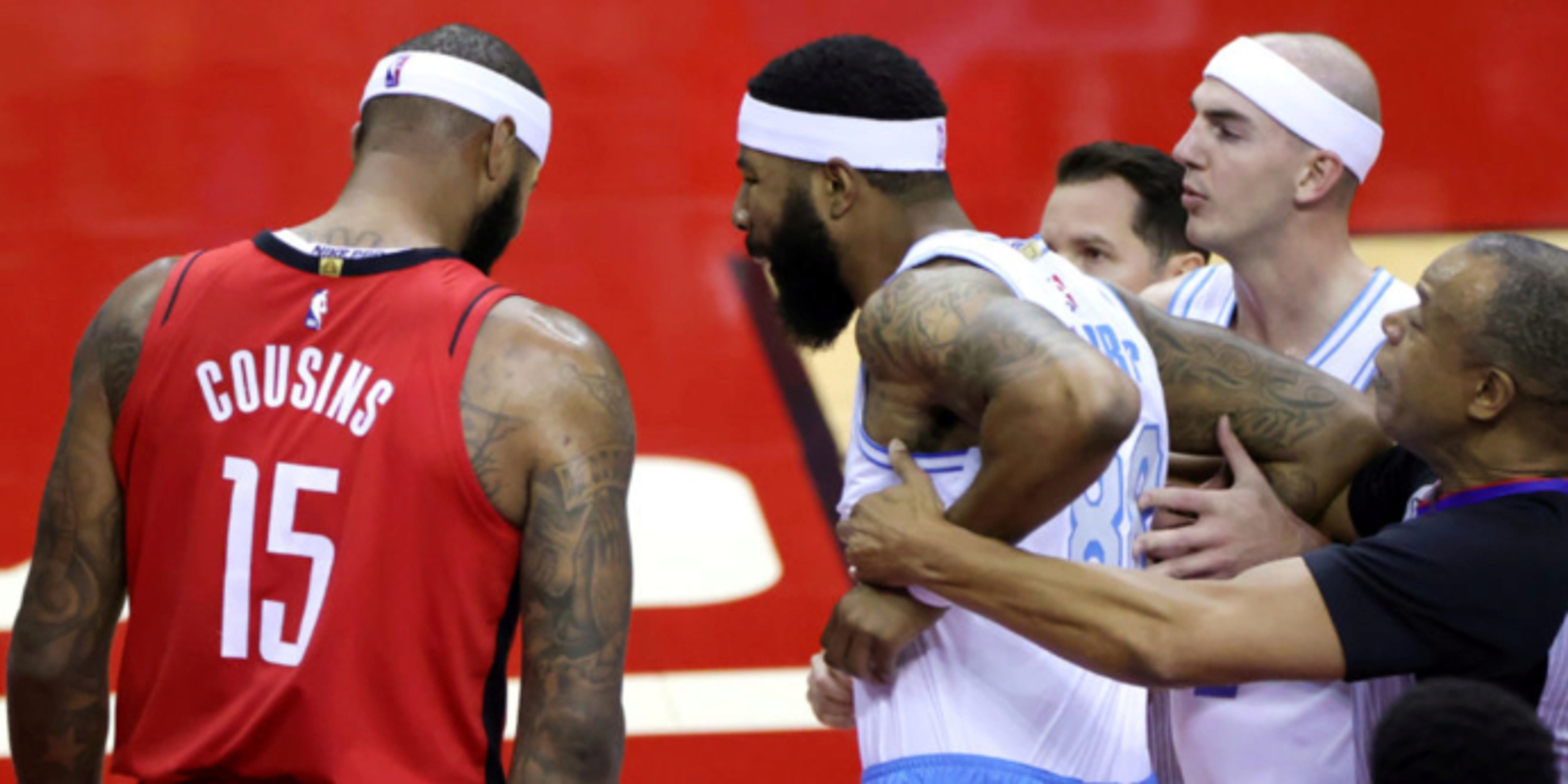 You Have Unlocked a New Character

Kawhi goes down with what appears to be something serious then pops up immediately like 2k when injuries are off pic.twitter.com/wwV0VKEtv0

Every year Kawhi Leonard provides more and more proof that he is actually a video game character. He went down like he got hit by a Koopa shell and just popped back up through a green tunnel.

“Who will give Matt Thomas minutes?”

I love a good use of a Rick Ross clip. My bucket list is to eat at every fast food restaurant Rick Ross has ever rapped about. I don’t love Nick Nurse’s outright and vocal refusal to play Matt Thomas, ever, in any capacity. You can’t tell me that everyday he is not hustlin’.

Your Hair Looks Sexy Pushed Back

De’Aaron Fox & OG Anunoby always giving each other hair care tips. Too cute. De’Aaron trying to convince OG the other night that his new low maintenance ‘do is the way to go pic.twitter.com/WRPKvFzF7s

This is what girls do when they go to the bathroom together.

Shai Gilgeous-Alexander is from Hamilton, Ontario

If you make a reference to Hamilton, Ontario, it’s going to be a tweet of the day. I didn’t make the rules (I did).

Celtics fans are holding onto their 2008 championship like a helicopter parent. That championship is about to enter high school! Let it go!

All Bark, All the Time

One day the Morrii will realize that their actions, mainly the unnecessary contact that could often result in serious injuries, have consequences. Yesterday was not that day. Please try again tomorrow.

Hey How You Doin’ Lil Mama Lemme Whisper In Ya Ear

What is he saying? Wrong answers only.

The image of Masai hitting former Raptor Jonas Valanciunas with a “you up?” in the middle of a game perfectly encompasses everything the Raptors are going through right now. Don’t Know What You Got ('Till It’s Gone) plays softly in the background. The Janet Jackson version.

If I ever got hired as Blazers announcer the first time Dame scored I would say "Call him mac-a-DAME-ia, cause he's NUTS!" and my body would ascend into heaven, leaving Lamar Hurd in quite the pickle

I would also throw “CJ McCollyomama!!!!” into the equation.

NBA teams don’t take pics like they used to pic.twitter.com/RTuTwi12ob

This season is weird. Can you at least make it fun, Mr. Silver?

Somewhere, quietly, in the Windy City, Zach LaVine is quietly leading the revival of the Chicago Bulls franchise. We’re stormin’ the NBA. It’s a revolution.

Tatum tested positive for Only-19?

The Gang Misses the Mark

Why does Philly put "Phila" on their jerseys instead of "Philly" ?

Why not end this weekend recap in a fit of rage? JUST PUT PHILLY!