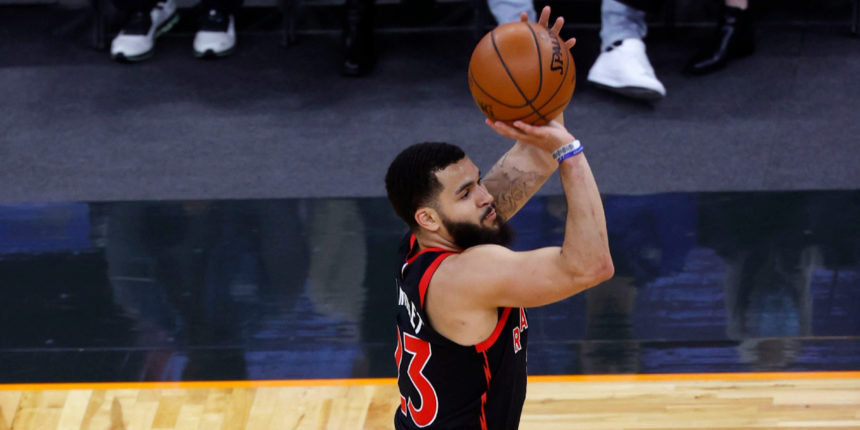 Without further ado, here are the tweets of the day for February 3, 2021.

It may have taken Aron Baynes a few games to find his rhythm with the Toronto Raptors, but to see this nearly impossible pass from Kyle Lowry and soar like an emu (okay they can’t fly, but they are Australia’s national bird so just roll with it) to the basket proves that he is well on his way.

Do It For Grandma

my grandma, who you may recall loves “little freddie,” was inspired to use two of her very limited monthly texts from her flip phone tonight pic.twitter.com/W7CxC3uiQf

Congrats to my brotha Freddy V! Kyle old ass couldn’t do it. Glad you did champ! Been telling you!

VanVleet dropped 54 points against the Orlando Magic, breaking the franchise record. DeMar DeRozan was one of the first to congratulate him, without missing an opportunity to roast his best friend and forever backcourt mate, Kyle Lowry.

From the date to the age, this is one eerie and wickedly cool stat.

This is dope, different, and well-deserved after his monster dunk last night.

Jaylen Brown wasn’t the only player in the Warriors/Celtics game to make the highlight reel. Andrew Wiggins -- the original Maple Mamba -- had no regard for the true north strong and free, as he flew down the 407 and made his Canadian brother, Tristan Thompson, look silly. How aboot that?

Kyrie Irving says he catches himself watching the stars around him. "They're that great."

It could also explain the Nets defensive rating, if their superstars are just standing around admiring each other all the time. It is also extremely relatable.