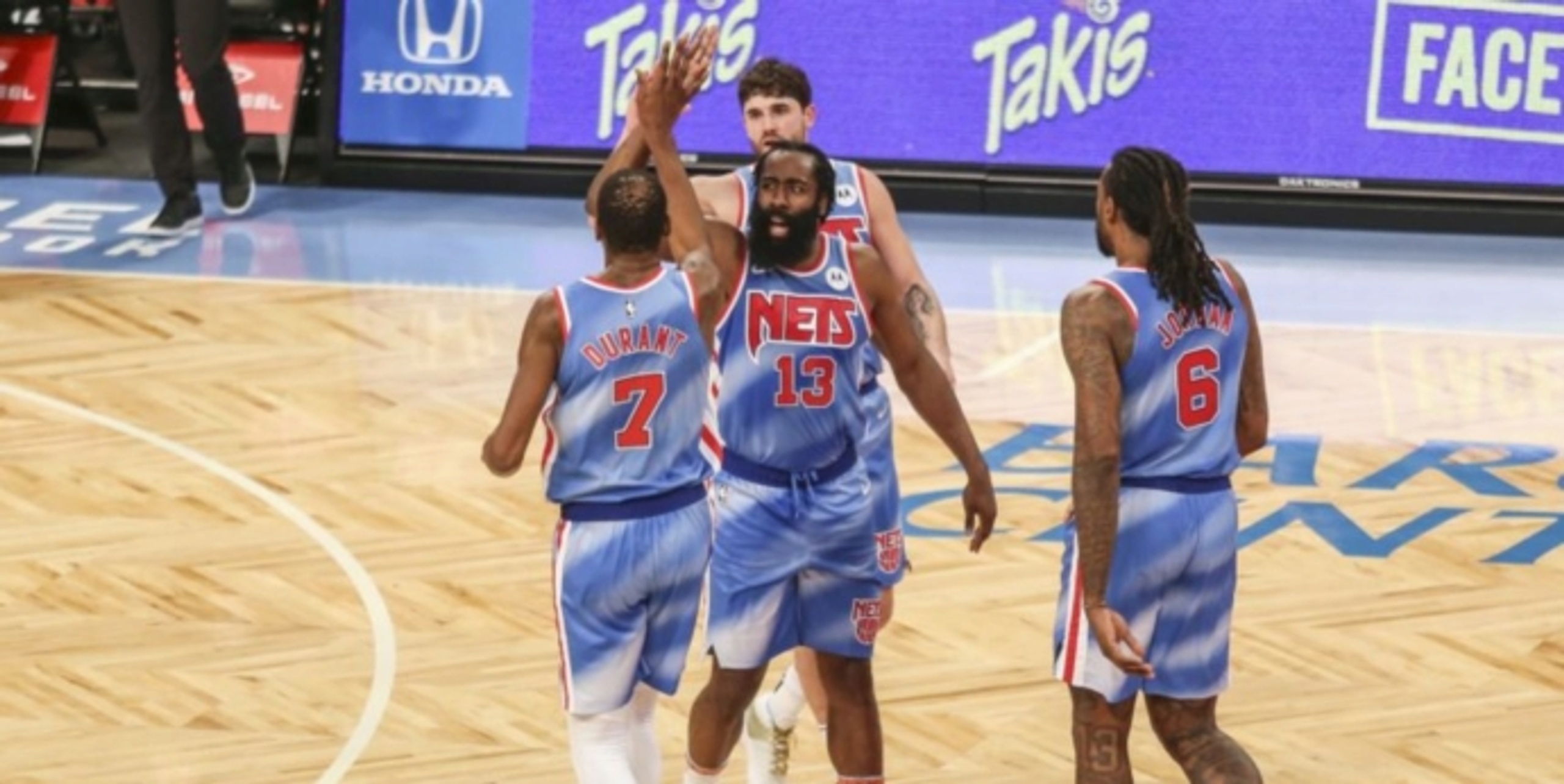 That’s Mr. Six-Time All Star to You, Sir

This may be more disrespectful than the Anthony Davis clip last week.

What’s better than a win on your birthday? A 30-point win over the Boston Celtics, probably.

This was the fewest points the Celtics had scored in a game since putting up just 72 points against the Hawks in 2016. pic.twitter.com/vLR6EBcGVA

All season we’ve been calling the Knicks' success a fluke due to small sample size, but the stats are starting to prove that they may be the real deal? I don’t know what to do with this information, and I’m not even a Knicks fan.

Fun fact: James Harden has the same amount of triple-doubles with the Nets (1) as Kawhi Leonard has throughout his entire NBA career (1). 🤯 pic.twitter.com/685qL8nluv

James Harden had 32 points, 14 assists and 12 rebounds in his Nets debut Saturday night. Assists. As in, sharing the ball with someone else on the team. As in passing.

This was from the Wubble, but it was brought back up in response to Mike Malone’s disagreement with a referee. Diana Taurasi is incredible, but she is also terrifying (in the best way).

Larry Nance Jr., who was recently on "The Alex Kennedy Podcast," has promised to take care of sweet baby Jarrett Allen after he was sent to Cleveland in the James Harden trade. Larry’s recent initiative to bring awareness to small businesses in Cleveland put him in contention for nicest player in the league, and he is quickly climbing up the ranks. Why is this not an award? Maybe BasketballNews.com will hand it out at the end of the season.

bill kennedy needs to be an in arena announcer pic.twitter.com/7rGYrllAdP

The benefit of empty arenas is that we were all treated to the fresh-silky-sheets-fresh-out-of-the-wash feeling that comes with hearing Bill Kennedy explain a call. Maybe when his refereeing career is over, he can do audio books? Positive affirmations? Children's books?

James cosplaying as Anne of Green Gables makes me believe the punisher mask was truly done because he thought it looked cool pic.twitter.com/L7EcwrzvWw

This shirt is available in every maternity store across the world, no matter the season. Most expectant mothers don’t drop a triple-double, though.

Get My Good Side

Some of you don’t know to work your angles and it shows https://t.co/CHSyFiOa36

James Harden catfished his way into a trade and reminded all of us that powder blue is not flattering on anyone.

Toronto may have missed out on the Giannis sweepstakes, but that doesn’t mean they can’t put their hat in the ring for Donovan Mitchell... 2026.

my friends watching me flirt https://t.co/rZ1ePSeY87

One time years ago, my friend and I were having a night out. A pair of guys approached us and asked if we had any plans for the rest of the night, to which I excitedly told them, “No, because we already went to Burger King!” They left, but the memory did not.

Guys, remember when you complain about Denver not having wings. We're the Denver Nuggets, not the Denver Wings.

I can’t tell if this is a dad joke or one of the jokes my kids tell that I have to pretend to laugh at.

I Don’t Know Her

Imman with another banger. It’s like when people say Ariana Grande is the next Mariah Carey when there is only one and will only ever be one Mariah Carey. Thank u, next.

Rudy Gay and Boogie found a way to greet each other before the game 😅 pic.twitter.com/vNAsPvOexH

Watching players find new ways to greet one another may be as exciting as the tunnel ‘fits.