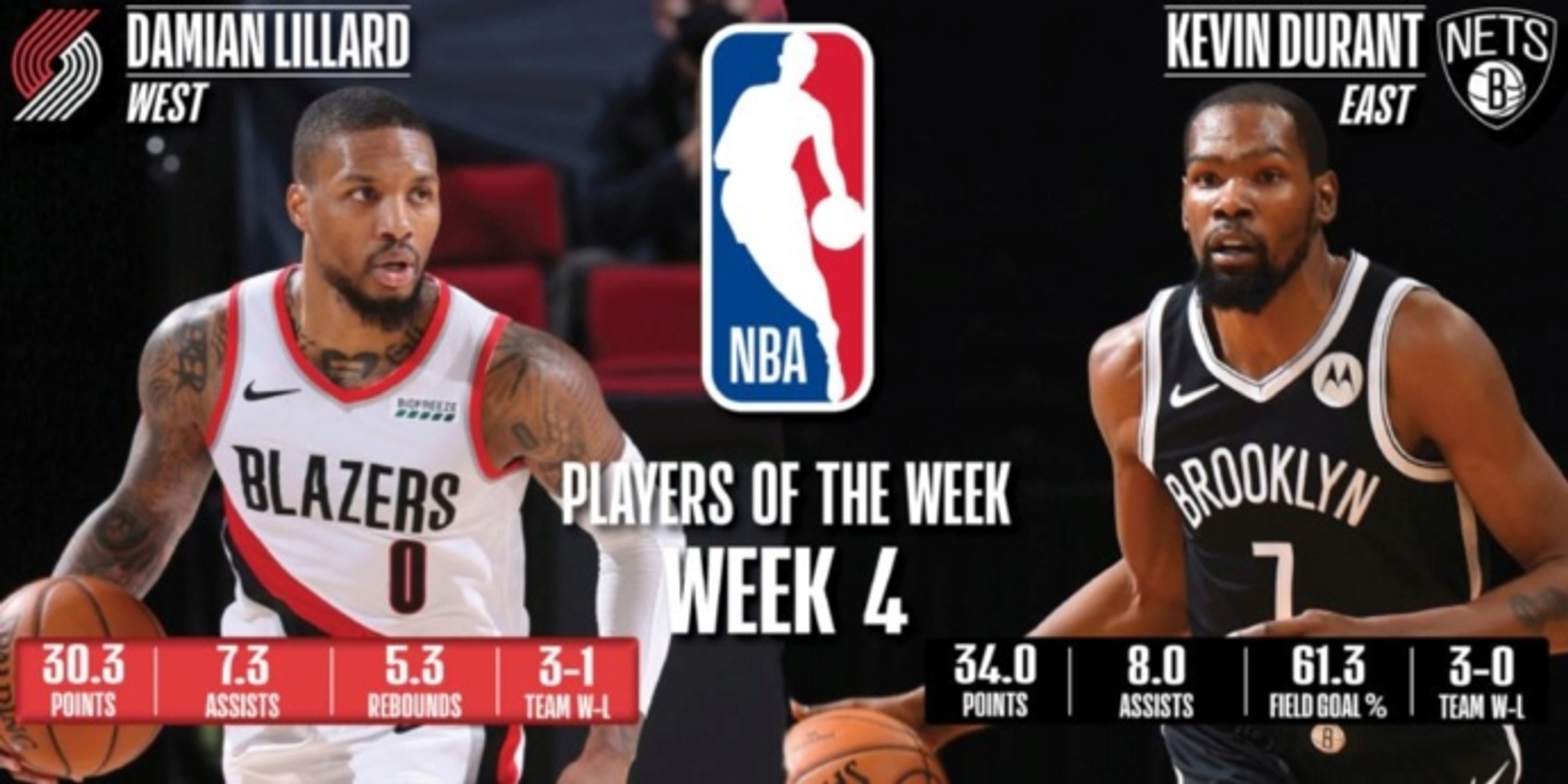 Portland Trail Blazers guard Damian Lillard and Brooklyn Nets forward Kevin Durant have been named NBA Players of the Week for the Western and Eastern Conference, respectively, for Jan. 11 to Jan. 17.

Durant led the Nets to a 3-0 record this week and didn't seem rusty at all (despite missing all of last year with an Achilles injury). He averaged 34.0 points, 8.0 assists and 5.3 rebounds per game, and he's now posting career-highs in threes per game, field goal percentage, three-point percentage, True Shooting Percentage and assist percentage. Also, his 30.7 points per game would be the second-highest mark of his career. Durant had a 42-point, 5-assist, 4-rebound, 2-steal and 2-block performance in a win over the Orlando Magic on Jan. 16. He also dropped 34 points, 13 assists and 9 rebounds in a win over the Denver Nuggets on Jan. 12.

The other nominees for the Player of the Week award include...