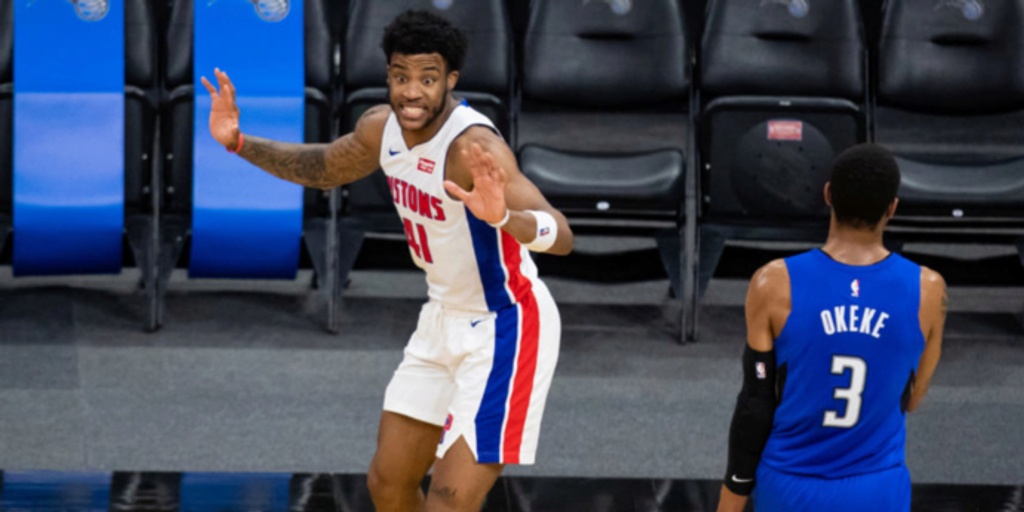 NBA Tweets of the Day: Copycats and Kissin' Cousins

Without further ado, here are the tweets of the day for February 22, 2021.

And Who Are You Again?

I saw you and was wondering who you were sitting with! 🤷🏼‍♀️

Las Vegas Aces forward Dearica Hamby and New Orleans Saints running back Alvin Kamara, both former Norcross Blue Devils, attended the Celtics-Pelicans game on Sunday. While ESPN failed to mention Dearica sitting right beside Kamara, Dawn had no idea who Alvin was, with her eyes going directly to Hamby.

and what league did you make it to?? https://t.co/TEuaPPy2o3

Men who have zero accolades besides their names sure love to tell professional basketball players, who also happen to be women, how much better they are than the ones who do this for a living. Sir, if Lexie had a blindfold and one arm she would still have you on skates without breaking a sweat. Please sit down and humble yourself.

Yuta Only Girl I’m Talking To

someone is gonna lose their virginity next to a poster of this in a college dorm room, put money on it pic.twitter.com/ihPtGyiI53

It’s going to happen and it’s only a matter of time.

Penny For Your Thoughts

When a fan sent a $100 Venmo request to Myles Turner after the team lost to the Chicago Bulls, Turner instead sent the fan a single cent, a penny for his thoughts. The exchange turned into hundreds of fans sending Turner “their two cents” and Turner decided to match all of the nickels and dimes sent to him over the weekend, in an effort to provide relief efforts for those affected by the winter storm in his home state of Texas. The NBPA also matched the donations, and as of Monday, Turner and his fans have raised $76,187.58. Not bad for a troll job.

Bill Simmons coming completely unraveled because his beloved Celtics are not the greatest team to ever touch the hardwood is a car wreck that you simply can’t look away from. Imagine being this wrong all the time?

Lol I got hit in the face by the ball today. That’s karma from my letting yuta get dunked on. I’ll take it 🤣🤣 Good wins guys!! No splits 🤞🏾

DeAndre’ Bembry’s face did not have a good night on Sunday. First an elbow from Ben Simmons, then getting a ball to the face. Bembry acknowledges that this is a small price to pay for leaving Yuta Watanabe alone in the trenches, though.

Can I Copy Your Homework? "Yeah, Just Change It Up A Bit"

The Clippers stole a few Raptors coaches, their entire flow, bar-for-bar, two of their players and are trying to poach their star point guard. The Pacers hired Toronto assistant coach Nate Bjorkgren to lead the team. And now, literally minutes after a win over the 76ers, the Minnesota Timberwolves hired assistant coach Chris Finch to replace Ryan Saunders. If you can’t beat ‘em, just do everything they do, I guess.