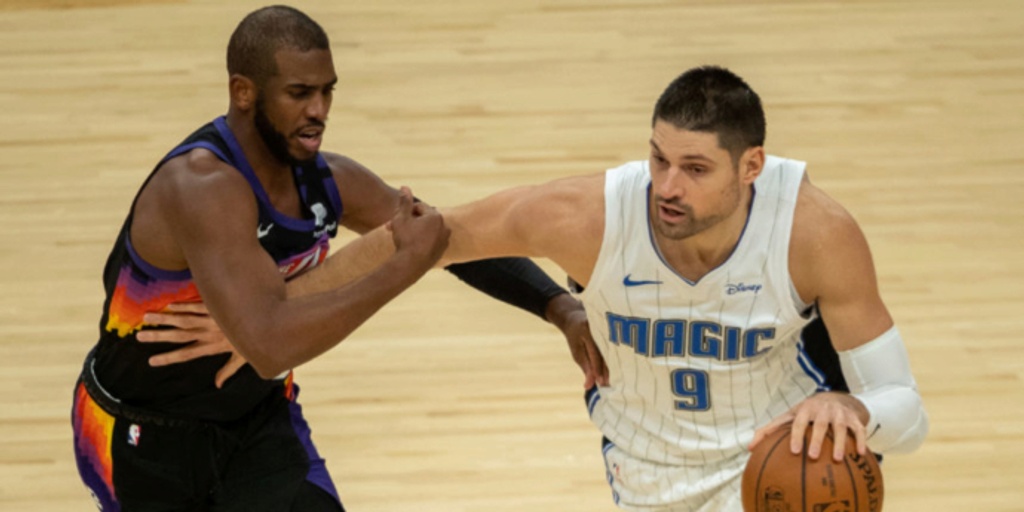 Orlando Magic have shown 'no interest' in trading Nikola Vucevic

The Orlando Magic have reportedly shown no interest in parting with center Nikola Vucevic.

ANALYSIS: Vucevic continues to produce in Orlando. The 30-year-old center is putting up 24.0 points and 11.7 rebounds per game while shooting over 40 percent from beyond the arc. He is one of the offensively gifted modern centers in today's league, and it would make sense for teams to have interest in a trade. Still, with Orlando hanging in the postseason race, it appears they are sticking with their best player.