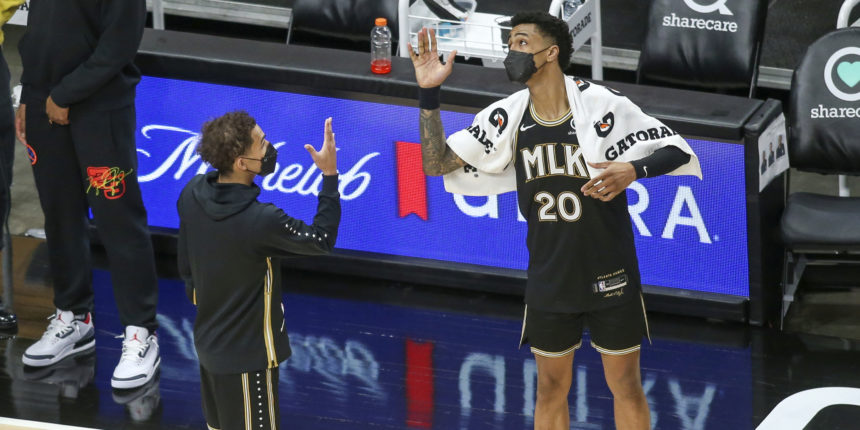 NBA Tweets of the Day: Dad Stop, You're Embarrassing Me...

Shut up Marquis you haven’t played in either https://t.co/LfHzQNSJMg

It’s always people who have never sniffed a basketball trying to diminish professional basketball players and their accomplishments.

Whose Man Is This

??? What is wrong with these accounts lol pic.twitter.com/BZ7bAidmSf

Who in their right mind could hate Davis Bertans? I’ve never heard of anyone saying Solomon Hill or Robert Covington is their most hated player. Gary Harris???? RUDY GAY????

The best thing that ever happened to the Minnesota Timberwolves is Prince being from there. Sorry, Kevin Garnett.

Toddlers and Tiaras and Turnaround Jumpers

Living vicariously through their kids

Honestly let’s just have a reality show where LaVar Ball has to transform children into pageant winners.

Alright, Lavar on ESPN 710 LA. Mychal Thompson: “why didn’t you want melo to play with GSW.”

Lavar: “I called Steve Kerr the MILLI VANILLI of coaching. He called me the kardashian of basketball. Steve Kerr does nothing but stand there.”

I mean. Steve Kerr isn’t wrong. I’ve been calling LaVar the Kris Jenner of the NBA for years. But is LaVar wrong? Hmm….