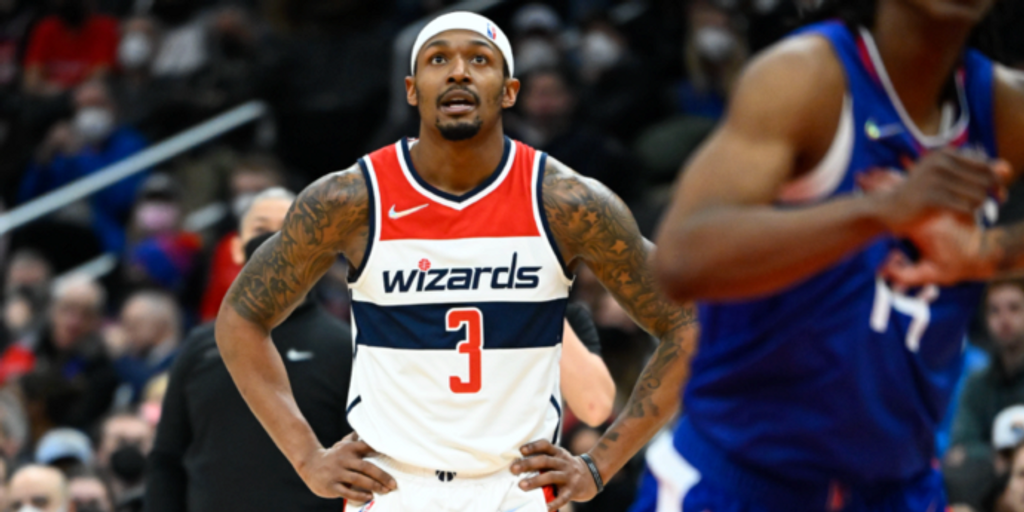 After the Wizards endured a 115-95 thumping at the hands of the Grizzlies, Spencer Dinwiddie was pretty candid with reporters about his leadership approaches not really working out in the early going of the season. That comes after a previous report from Bleacher Report's Eric Pincus on the imperfect chemistry between Dinwiddie and Bradley Beal.

So that, plus a five-game losing streak with some epic moments of failure, gives Washington the edge in this week's Sour Rankings.

Escaping the Sour Rankings: The Atlanta Hawks have taken flight and won their last seven straight games to vault back into the Play-In race. The Los Angeles Clippers have not reeled off a winning streak, but continue to fight hard with an undermanned cast and have snuck up to seventh in the Western Conference standings. They're a fun team to watch and a fun team to root for with this ragtag bunch.

The Pelicans are mired in a three-game skid, though all three of those losses came without Brandon Ingram and Jonas Valanciunas. They're still one of my personal favorite squads to watch in the NBA and still worth praising for how they've remained competitive. But we're hitting the NBA trade deadline on Feb. 10, and that brings some anxiety for a squad that is too far outside the Play-In race as things stand but too good of a team to fold.

New Orleans could certainly make a splash to push to the postseason, but is that the right move? What happens if they don't? Every loss makes the claw toward contention more challenging.

The Celtics do not break out of the Sour Rankings because there's too much of a roller-coaster track record. But the past week is a massive confidence-builder for fans of the current starting lineup. The Marcus Smart-Jaylen Brown-Jayson Tatum-Al Horford-Robert Williams III group is outscoring opponents by 23.7 points per 100 possessions, according to Cleaning the Glass. They helped Boston eviscerate some lesser teams this past week. The real tests begin on Monday against Miami.

This is the first Sour Rankings appearance for Brooklyn since the early weeks of the season. The Nets have lost four games in a row to the Minnesota Timberwolves, Los Angeles Lakers, Denver Nuggets and Golden State Warriors, all while Kevin Durant rehabs an MCL injury. James Harden also missed Sunday's defeat at Golden State with a hand sprain.

Harden dominated headlines this week after reports surfaced that he would consider "exploring other options" outside of the Nets this offseason with significant ties to Philly. That's simply not the news Brooklyn wants with the Big Three finally (partially) back together.

The Blazers went 1-3 this week, but maintain a comfortable hold on 10th in the West because the teams behind them fared poorly as well. Portland got beat out narrowly by Minnesota and less closely by the Dallas Mavericks and Chicago Bulls, though it did take care of business against the lowly Houston Rockets. Sadly, much of the week gets overshadowed by the season-ending shoulder injury to Nassir Little, who was having a breakout third year with the team.

Yes, the Jazz have missed Donovan Mitchell over the last six games, and also Rudy Gobert for the last four. Yes, they've played a brutal recent schedule that included the Warriors, Phoenix Suns and Memphis Grizzlies. However, this current five-game losing streak has only exposed how serious the depth question is for Utah ahead of the trade deadline.

The team is 1-7 with bottom-10 efficiency ratings on both ends over the past two weeks. Now, according to ESPN's Adrian Wojnarowski, Utah fears Joe Ingles has torn his ACL. When the Jazz inevitably deal with injuries in the postseason, is there enough confidence that the next man up can help them win?

It was just a two-game week for the Knicks and they got smacked in both with two double-digit losses to the Heat and Bucks. According to ESPN's Brian Windhorst, New York is open to trading Kemba Walker, Evan Fournier and Alec Burks. "Open to" feels like some generous phrasing at this stage. It can't feel great that the two marquee offseason additions are both on the block. Oh, and Cam Reddish isn't in the rotation, either.

The Pacers are 4-14 dating back to Christmas. A mediocre defense has fallen apart, and that probably isn't helped by Myles Turner's extended absence due to a foot fracture. But you know what? Isaiah Jackson's been interesting. The 2021 first-round rookie most recently had 12 points, 6 rebounds, 3 blocks and a made three-pointer against the Mavericks.

Did the Pacers lose that game by 27 and did Jackson also foul out? Who's to say? But there's a nice little silver lining for a team that has very little going for it right now.

I'm glad Russell Westbrook had a fun second half in what ended up being a three-point Laker loss to the Charlotte Hornets. The discourse around him will never be fair, so it feels good to see him be successful through all the criticism.

... And that'll do it for this week's positive Lakers talk! They lost all three games this week to the Hornets, Atlanta Hawks and Philadelphia 76ers. Anthony Davis is shooting 18.0% from long range on the season, by the way.

Kings-related conversations are rapidly turning from "How good is Tyrese Haliburton?" to "Free Tyrese Haliburton!" and that's not a great sign. The second-year combo guard put up 38 points on Saturday and Sacramento still lost that contest to the 76ers. He's built off a stellar December and is averaging 16.3 points, 8.4 rebounds and 3.8 assists per game while shooting 42.0% from beyond the arc in January. Yet, the Kings are 3-11 this month.

I listened to a couple of different social media conversations after the Wizards lost in meltdown fashion against the Clippers last Tuesday. In that game, Washington had a 30-point halftime lead before giving up 80 second-half points to the Clippers and ultimately losing on Luke Kennard heroics, 116-115. Those poor fans circled around the same phrase: "Why does this always happen?"

Washington had a three-day layoff and then promptly lost by 20 to the Grizzlies. The Wizards' upcoming schedule? In order: Milwaukee, Philadelphia, Phoenix, Miami, Brooklyn. This is going to get really ugly.