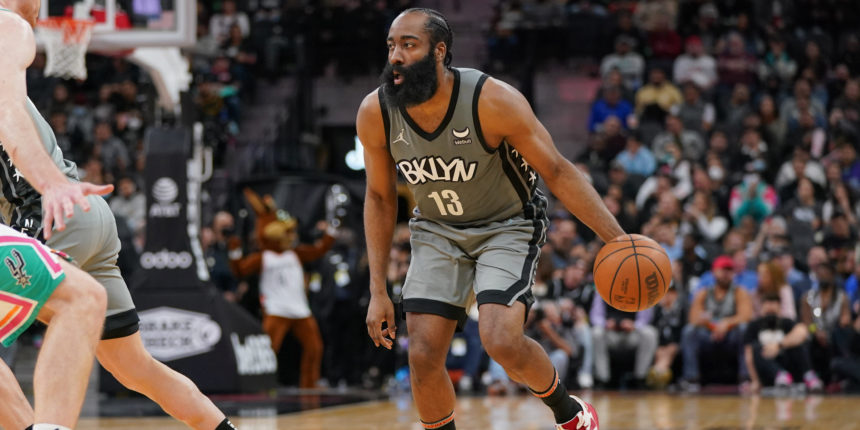 James Harden interested in 'exploring other opportunities' in free agency

[James] Harden remains invested in competing for the title in Brooklyn this season, according to multiple sources with knowledge of the situation. But Harden has recently informed several confidants—including former teammates and coaches—of his interest in exploring other opportunities outside of Brooklyn this summer, league sources told B/R.

ANALYSIS: Fischer reports that Harden has been frustrated by Kyrie Irving's status as a part-time player for the Nets this season, as well as Steve Nash's inconsistent rotations. He adds that Harden has reportedly not enjoyed living in Brooklyn in general. However, Fischer makes it clear that Harden has not requested a trade.

The report says that Philadelphia remains engaged in trade talks on a Ben Simmons deal with the Kings and Hawks, but that Harden's potential availability could mean the Sixers wait until the offseason to move Simmons.

MORE:
NBA News

Celtics have been 'extremely active in trade talks' ahead of deadline
Broken in Boston: Retooling the spiraling Celtics — Part I
