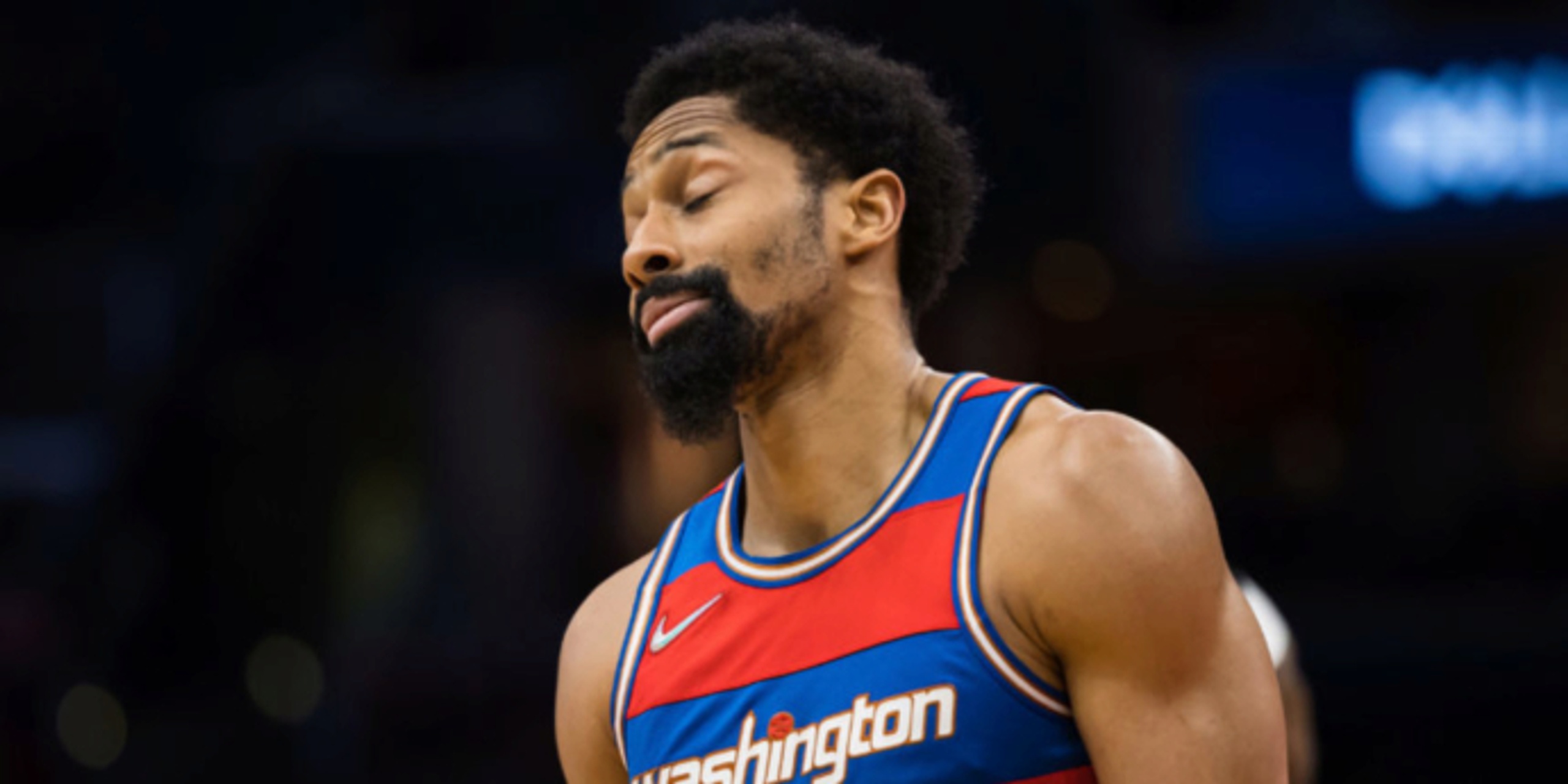 The Washington Wizards were one of the NBA’s feel-good stories for the first month of the 2021-22 season. After getting off to a 10-3 start, it seemed like Washington was poised to make some noise in the Eastern Conference.

Now, two months later, the Wizards are 23-26, which is the fifth-worst record in the East. They have lost five-straight games, and their next five opponents are the Milwaukee Bucks (on the road), Philadelphia 76ers (on the road), Phoenix Suns, Miami Heat and Brooklyn Nets.

As if that’s not concerning enough, it seems there may be some tension behind the scenes too.

Following the Wizards’ 115-95 loss to the Memphis Grizzlies on Saturday, Spencer Dinwiddie was asked if he plans to be more of a vocal leader going forward, and his response was telling.

“It’s an interesting situation. I spoke up a little bit early on [in the season], but it wasn’t necessarily welcomed,” Dinwiddie told reporters. “And so, like I said, I try to do whatever’s asked of me. At the end of the day, everybody has a role to play. It’s about being accountable in your role and doing that to the best of your ability. That’s really all I’ve got.”

It’s unclear who didn’t welcome Dinwiddie’s leadership, but it’s worth noting that these comments come just several days after Bleacher Report’s Eric Pincus reported that Dinwiddie “hasn’t quite meshed with [Brad] Beal,” and that some executives believe Washington is open to dealing Dinwiddie.

Beal told the Wizards’ front office that he wanted Dinwiddie and then helped recruit the veteran guard to Washington over the offseason, as general manager Tommy Sheppard has discussed. This played a role in the 28-year-old signing a three-year, $62 million contract with the Wizards.

It remains to be seen if the Wizards can resolve these issues or if Dinwiddie’s days in Washington are numbered.