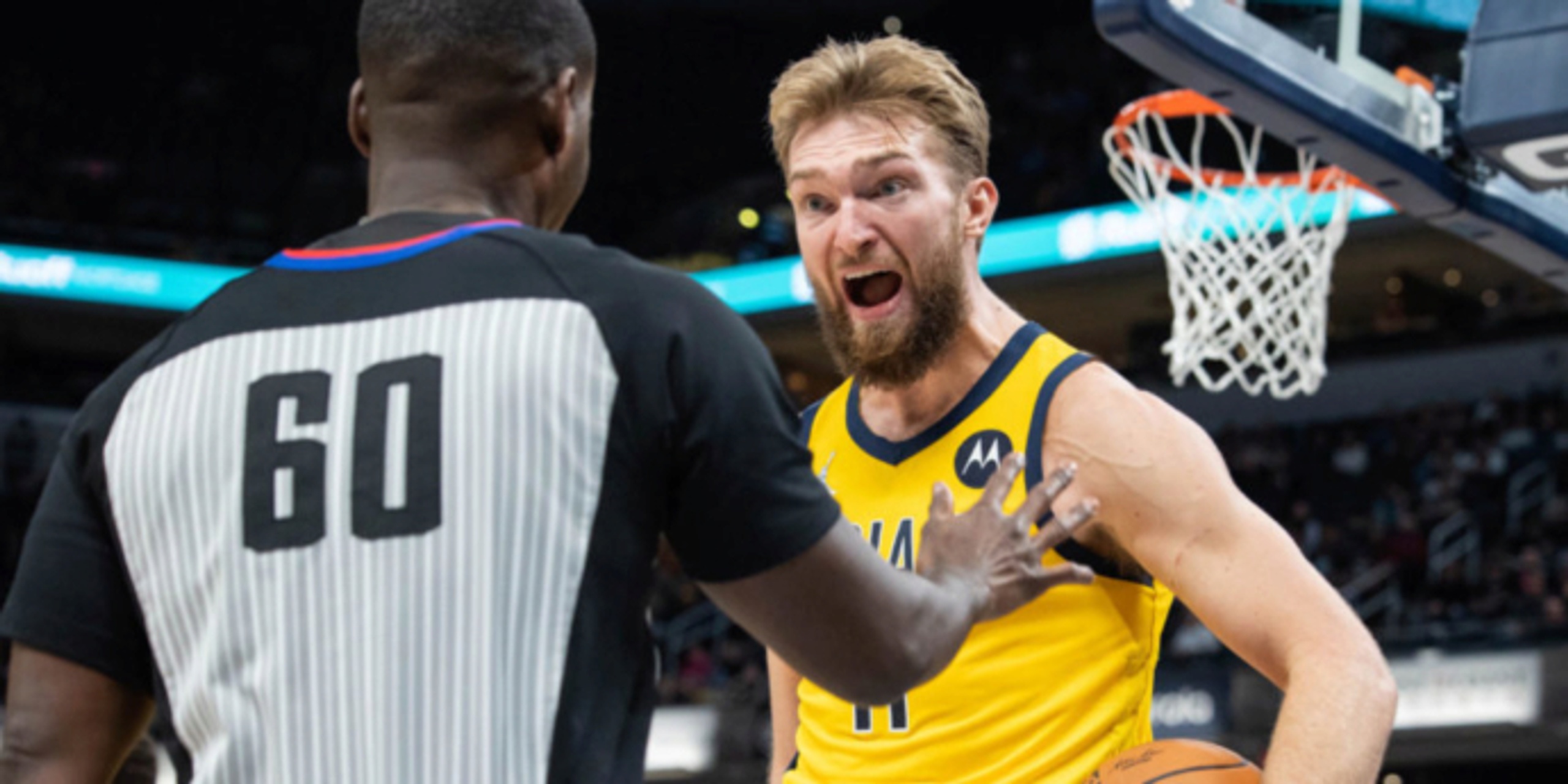 What if I told you the Houston Rockets now have the longest active winning streak in the NBA, and that the New Orleans Pelicans have won more over their last 10 games than many playoff contenders?

We've hit the holiday season with a bizarre stretch of basketball, where it truly seems like any non-Oklahoma City Thunder team can win on any given night. But with every surprise winner somes a disappointed loser, and as the .500-ish squads stack up, many fans are growing increasingly frustrated.

These are prime conditions for a much-needed Sour Rankings shakeup. Over half of this week's field is comprised of previously-unranked teams.

Escaping the Sour Rankings: Cleveland is officially back with Evan Mobley, and Jarrett Allen has been playing at an All-Star level lately. Even the losses have been of good quality. The Philadelphia 76ers went 2-1 this past week and beat the Atlanta Hawks on national TV behind Joel Embiid's return to his normal self. Pascal Siakam's 31-point game in Toronto's win on Sunday inspired enough confidence in his return to push the Raptors out of these rankings.

Houston also makes the most impressive escape of the season to date. Its six-game winning streak propels the team out of our No. 2 spot. Meanwhile, New Orleans is a respectable 5-5 in the last 10 games and breaks out after holding the No. 1 ranking for most of the early weeks. Good on the Pels.

Bam Adebayo is down for an extended period due to thumb surgery, and the Heat have won just one game in his absence against the rudderless Indiana Pacers. They were hit by two crushing losses to the Cavaliers and Milwaukee Bucks who, not coincidentally, have some dominant interior presences. In the defeat to Milwaukee, Miami rolled with a Dewayne Dedmon/PJ Tucker/Max Strus/Omer Yurtseven frontcourt rotation. They're fine players, but none bring the combination of defensive acumen and offensive playmaking of Adebayo.

The Pistons are tied for the longest winless streak and worst record in the NBA — not exactly coveted crowns. Things have still been touch-and-go for most of the young prospects, but Cade Cunningham does appear to be growing into his role as the offensive hub of the franchise. Cunningham dropped 26 points, 7 rebounds and 3 blocks against the Trail Blazers, and then 19 points and 5 assists vs. Phoenix.

A solid week for Sacramento, who rebounded from a loss to the Los Angeles Lakers by sweeping the L.A. Clippers in a two-game series. Terence Davis logged two outings of 20-plus points to help grab that win, and Marvin Bagley III chipped in a double-double with 12 points and 11 rebounds in the second victory over LAC. The Kings are in the midst of a pretty odd stretch, having played just one game in five days. Hopefully that's given interim head coach Alvin Gentry some time to stabilize things.

Look, I'm still a massive believer in the overall franchise direction of the OKC Thunder franchise. And a young team is going to take its lumps as part of the rebuilding process. But a 73-point loss is a 73-point loss, and an eight-game losing streak is an eight-game losing streak. OKC has to find some way to play meaningful, competitive hoops for the sake of learning and development. Nine of the team's 16 defeats have been by double digits.

The Mavericks are 2-7 in their last nine games, with those wins coming against the Clippers and Pelicans. They missed Luka Doncic and Kristaps Porzingis on Saturday and lost to a Ja Morant-less Memphis Grizzlies squad in a contest that was not as close as the final score indicates. In this nine-game stretch, the once-high-octane Mavs offense has cleared 110 points just three times.

Dallas fans had to watch with longing as Texas native Desmond Bane, who the team passed on in favor of Josh Green in the 2020 NBA Draft, lit up the court. Green has played 54 minutes this season.

So Neil Olshey is finally out as general manager, and based on the reports of his workplace culture (and the team's perpetual mediocrity), that seems like a long overdue move. But the act of firing a general manager midseason should never make you feel good about the team — it's just an obvious sign that things are not going well. Damian Lillard wants to play with Ben Simmons, but would this theoretical pairing be enough to drastically alter Portland's ceiling?

Meanwhile, Lillard is out with an abdominal injury, and the Blazers are 1-5 in their last six games.

Nikola Jokic goes for 32 PTS, 11 REB and 5 AST in 27 minutes as the @nuggets pick up the win in NYC! pic.twitter.com/uLvOrnFDIn

Nikola Jokic returned and yanked Denver out of the No. 1 ranking with his 32-point performance in a win over the Knicks. The Nuggets did still drop one to the lowly Orlando Magic, and now Bones Hyland, Austin Rivers and Bol Bol are all in the league's health and safety protocols. We'll see how this ragtag rotation does with four games in the next six days.

The Lakers have played one contest in six days — a loss to the Clippers. Frank Vogel has now labeled Dwight Howard as the only center in the rotation, which is most notable because it means he still won't label Anthony Davis a center. L.A. gives up the fifth-most turnovers in the league and allows the fourth-most opposing offensive rebounds, so teams receive plenty of chances to score. Next up is a pivotal rivalry rematch against the Boston Celtics on Tuesday.

Shaking up the rotation hasn't changed the results. The Knicks are on a three-game losing streak, and got trounced by the injury-plagued Nuggets this weekend. Julius Randle sporadically flips from All-NBA superstar to two-way negative, and RJ Barrett still cannot buy a consistent jump shot. New York got shredded by Denver's bench, consisting of Facundo Campazzo, Zeke Nnaji, Vlatko Cancar, JaMychal Green and the recently-signed Davon Reed.

Indy Cornrows' Caitlin Cooper wrote an excellent analysis of just how bad the Pacers are when crunch time comes. Our own Evan Sidery slammed the franchise for languishing in mediocrity well past due. Indiana is 9-16 and on the thin edge of the playoff race. Altogether, that alone should explain why the Pacers have plummeted to the No. 1 spot in these rankings.