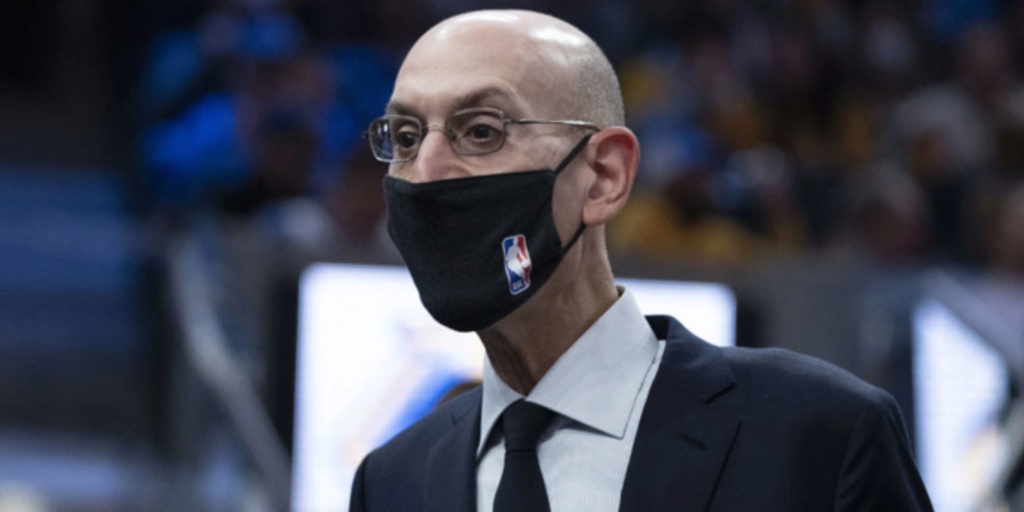 Falling under the category of "too little too late," the NBA announced today its first COVID-19-induced postponements of the season.

The Chicago Bulls will see their next two games — against the Detroit Pistons and Toronto Raptors — postponed, and as of this writing, they have 10 players in the league's health-and-safety protocols. But this had been building up for a few days now, and Chicago even played a game as recently as Saturday.

The Charlotte Hornets have seen five players enter the health-and-safety protocols, and the number of teams affected is ballooning once again. The news should read as a very glaring reminder for anyone who is living in their own reality: We still live in a pandemic and are well into the worst season for sickness. The NBA teams and the league itself should remember that safety is far more important than scheduling integrity and revenue.

Though the Bulls will make this week's Sour Rankings, it's less due to on-court struggles and more due to a general frustration about these postponments and how the league and team have handled the past week.

Escaping the Sour Rankings: The Dallas Mavericks went 2-2 this week, but with Luka Doncic and Kristaps Porzingis both back and healthy, they provide optimism that the franchise can ascend the Western Conference ladder. The Miami Heat made a quick stop in the rankings, but they leaped back out after beating the Bucks and shorthanded Bulls.

The Bulls have lost two games in a row in large part due to their decimated roster. In their most recent 26-point defeat at the hands of the Heat, Troy Brown Jr. made his first start of the season; he's averaging 12.8 minutes per game. The bench consisted of Alfonzo McKinnie, Devon Dotson and Tony Bradley, with Marko Simonovic, Tyler Cook and Alize Johnson playing garbage-time minutes. There really isn't much more to uncover; this situation simply sucks for the Bulls, and it's going to affect a close playoff race.

After a 2-2 week, the Thunder lift up a tad in the rankings. The bar is low for the franchise after all; we just need to see meaningful performances from prospects. This week, it was Tre Mann who capitalized on a few solid games. The No. 18 pick averaged 8.3 points per game off the bench and knocked down 46.2% of his threes in the tiny sample. Mann projects as a pure scoring guard, so his on-court value will really come from weeks like this.

Minnesota finally stopped a five-game losing streak with a sorely-needed win against the Portland Trail Blazers — not exactly a statement victory.

The slide culminated with the above fiery press conference from Karl-Anthony Towns, which is the last thing you want to see from the franchise centerpiece. Minnesota has the 26th-ranked offense in the NBA over the past two weeks, which is a major concern given KAT's dominance and the team's on-paper talent.

In 10 games under interim head coach Alvin Gentry, the Kings are 5-5. They have the 13th-ranked offense and 26th-ranked defense, per Cleaning the Glass. This week the team went 1-2, dropping 142 points on the Orlando Magic before losing a close contest to Charlotte and a not-so-close one to Cleveland.

So far, it doesn't really feel like much has changed from a team success standpoint, though perhaps that's unfair to expect in just 10 games. Still, it means Sacramento is losing ground in the playoff race.

Fall-O for Paolo? All Set for Chet? Party for Jabari? I don't really know if there's a good catchphrase for this year's tank war, but the Pistons are most certainly winning it. The problem is that along the way, the supporting prospects around Cade Cunningham have not shown any consistent growth. Would Pistons fans consider anyone else a true building block? Maybe you can convince me on Isaiah Stewart or Saddiq Bey, but I'm not sure right now.

The Nuggets went 2-2 this week via a loss to the Bulls, a win over New Orleans and a split with the Spurs. With Jokic back, they've stabilized a bit (not exactly a surprise) and can begin their climb out of the Sour Rankings. The MVP and best-player-on-Earth contender averaged a whopping 28.3 points, 13.3 rebounds and 11.0 assists per game this past week.

The Lakers only inch up one spot because despite a 3-1 week, their stretch may have been highlighted by Charles Barkley going off on Anthony Davis' recent performance. L.A. has not been consistent as a team and didn't beat any opponent with a winning record. But I do want to give the floor to LeBron James.

LeBron James over the last 8 Games:

Even though you've probably already seen these stats, it's worth noting that he averaged 28.3 points, 8.0 assists and 7.5 rebounds in four games while canning 41.7% of his three-pointers. He's winning games in Cavs-esque fashion and defying the laws of aging once again.

Our No. 1 squad from last week promptly won its next three games to confuse the heck out of everybody. That doesn't mean things have improved a ton, as Myles Turner told The Athletic that he doesn't want to stay with the Pacers in his current role. That's bound to force trade conversations, and maybe it's for the best, but things could get pretty awkward over the next two months.

New York has the second-worst defense of any NBA team over the past two weeks. The franchise is 1-6 in its last seven games and just lost RJ Barrett and Obi Toppin to COVID-19 protocols. Quentin Grimes' 27-point outburst on Sunday is propping up all positive morale around a squad that does not look remotely close to playoff contention.

Meanwhile, the Knicks have been six points per 100 possessions worse when marquee free-agent signing Evan Fournier takes the court.

"alright we ran a pindown and it didn't work let me just pull from deep we're good" what is this what is this thinking how. pic.twitter.com/TULKe1CIlQ

Last week was an absolute mess for the Trail Blazers, from the complicated reports about Damian Lillard to the current five-game losing streak. Portland is 1-8 in its last nine games and completely rudderless. Lillard made his return on Sunday, but it wasn't pretty despite the box-score totals.

The Blazers boast the 27th-ranked offense and 22nd-ranked defense over the past few weeks with some daunting games coming up on the schedule.