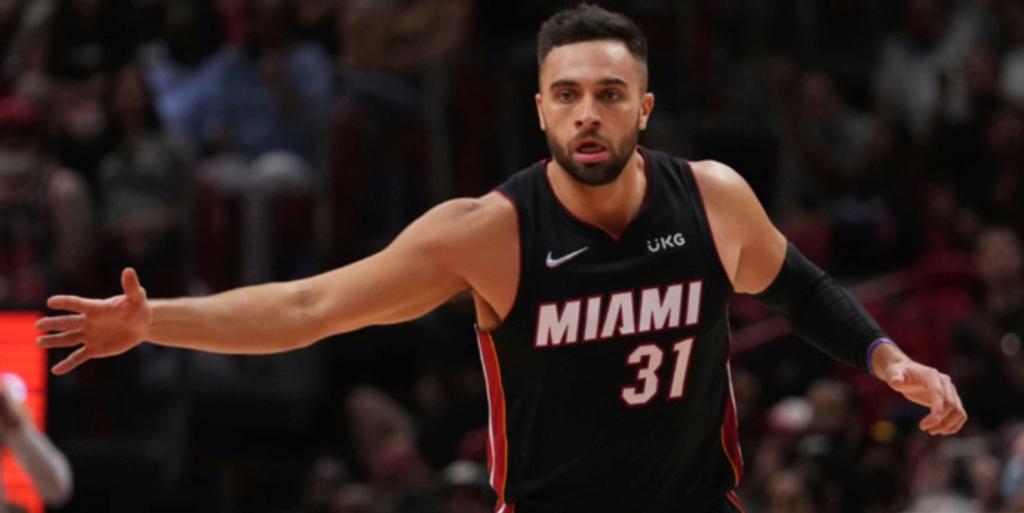 For many in the NBA, this season has been a battle of attrition. Whether it's been COVID protocols, injuries or other setbacks, teams have gone through the wringer.

The Miami Heat are one of those ball clubs suffering. Recently, All-Star big man Bam Adebayo had surgery to repair a torn UCL that will keep him out for a significant period of time. In addition, Jimmy Butler has missed 6 of the last 7 games due to a tailbone injury, while Markieff Morris has been sidelined with a hurt neck since mid-November. A few days ago, Caleb Martin was also placed into the NBA's health and safety protocols to boot.

However, the Heat have grinded this period out and won back-to-back games against the defending champion Milwaukee Bucks and ailing Chicago Bulls, and currently stand as the No. 4 seed in the Eastern Conference in spite of all this. Much of this is thanks to the leadership of Kyle Lowry, P.J. Tucker and Dewayne Dedmon, plus a veteran coach in Erik Spoestra.

But there are a number of players on Miami who have stepped up to the plate during this crucial period. Max Strus is one of those key components, and the third-year sharpshooter has made his mark for the team as of late. In a season where he's averaged a career-high 20.2 minutes per contest, Strus is knocking down 40.6% of his treys (the second best clip for Miami, just behind Tucker's 42.6%).

Over the last eight games, Strus has averaged 12.0 points per game. He's had games with 19 points, 25 points and 16 points over that time, and has been a part of feisty second units featuring Gabe Vincent, KZ Okpala, Omer Yurtseven and Martin (with a vet or two on the floor with them).

BasketballNews.com sat down with Strus on Monday morning in Cleveland to discuss a number of topics:

Just in this stretch, winning the last two games, the never-say-die attitude that your team is showing down so many bodies — what's that say about this group?

Max Strus: "We've got a lot of guys that can play basketball at this level. We've got a lot of depth. [At the] beginning of the year, people didn't think we were going to have depth. And then, we've done a good job of showing, I think, the talent that we have on this team. Guys have had the resiliency to step up when we've needed them the most."

Obviously, you want this team to be at full strength, but how have guys like you, Gabe Vincent, KZ Okpala, Caleb Martin and Omer Yurtseven viewed this opportunity?

Strus: "That's the name of the game in the NBA is opportunities, and taking advantage of 'em can take you far places in this league. So whenever those opportunities arise, you've got to be ready for 'em. Like you said, it's next man up. You don't want those guys to be out, but if they're gonna be out, somebody's gotta play better and take advantage of it."

Even with that, you're averaging a career-high 20 minutes per game this year. How do you feel like this coaching staff has learned to trust you and what do you feel you've done to earn that trust?

Strus: "I think it's just all the work that I put in behind the scenes, and the trust that I've built up with the minutes in the past year. And then, throughout the summer and Summer League, and the things that I've done when I've been in the game this year. I think I've done enough to earn their respect and earn their trust by what I've been doing when I play every time. I think you just keep stacking up those good days, and the more and more you do that, the better off you're gonna be."

This past summer, you showed that quite a bit. You went off for 25 points about a week-and-a-half ago and had 16 the other night. Do you draw on any of that experience from the summer to help you in this particular situation?

Strus: "Nah. Summer League was more like a learning experience and something to build your confidence up, but the NBA's a whole different animal. We've got guys that could go for 25 at the end of our bench any night, so it's really about who's just gonna step up that night, and when the shots are falling, just keep feeding that guy. I think the Miami Heat do a good job of going with that guy and trusting their ability."

Is there anything other than reps and that experience that have helped build your confidence?

Strus: "Yeah, just the overall way my career has gone. Just keep knocking down the levels of getting to be a rotational player in the NBA. All the things that I've put in, the hard work behind the scenes and then everything I've done in the games. Obviously you're gonna be confident with everything you've done after you've continuously put in those efforts and done the main things on the court."

Do you look at what Duncan Robinson has done as an example of what you can kinda carve your career after? He kinda started off in the same position having to work his way up, and now you see the fruits of those labors.

Strus: "Right, yeah. I think that's just how it generally happens for anyone. Me and Duncan have a similar story, and coming from where we come from, you take any opportunity you can get just to be in this league. So the way he rose up along this process has obviously helped me, and he's helped guide me along that way. Do I want to be where he is? Obviously, yeah (laughs). I mean, the guy is doing everything I want to be doing. But I think we have a lot of similarities and a lot of differences in our games. So I think I have the capability to be that type of guy and play those minutes."

As far as your on-court game goes, is there an aspect you're hoping to show other than your shooting?

Strus: "I mean, not really. I'm not out here to show anybody what I can do. I just want to help do whatever I can do to help our team win."

What do you feel is the best way to do that?