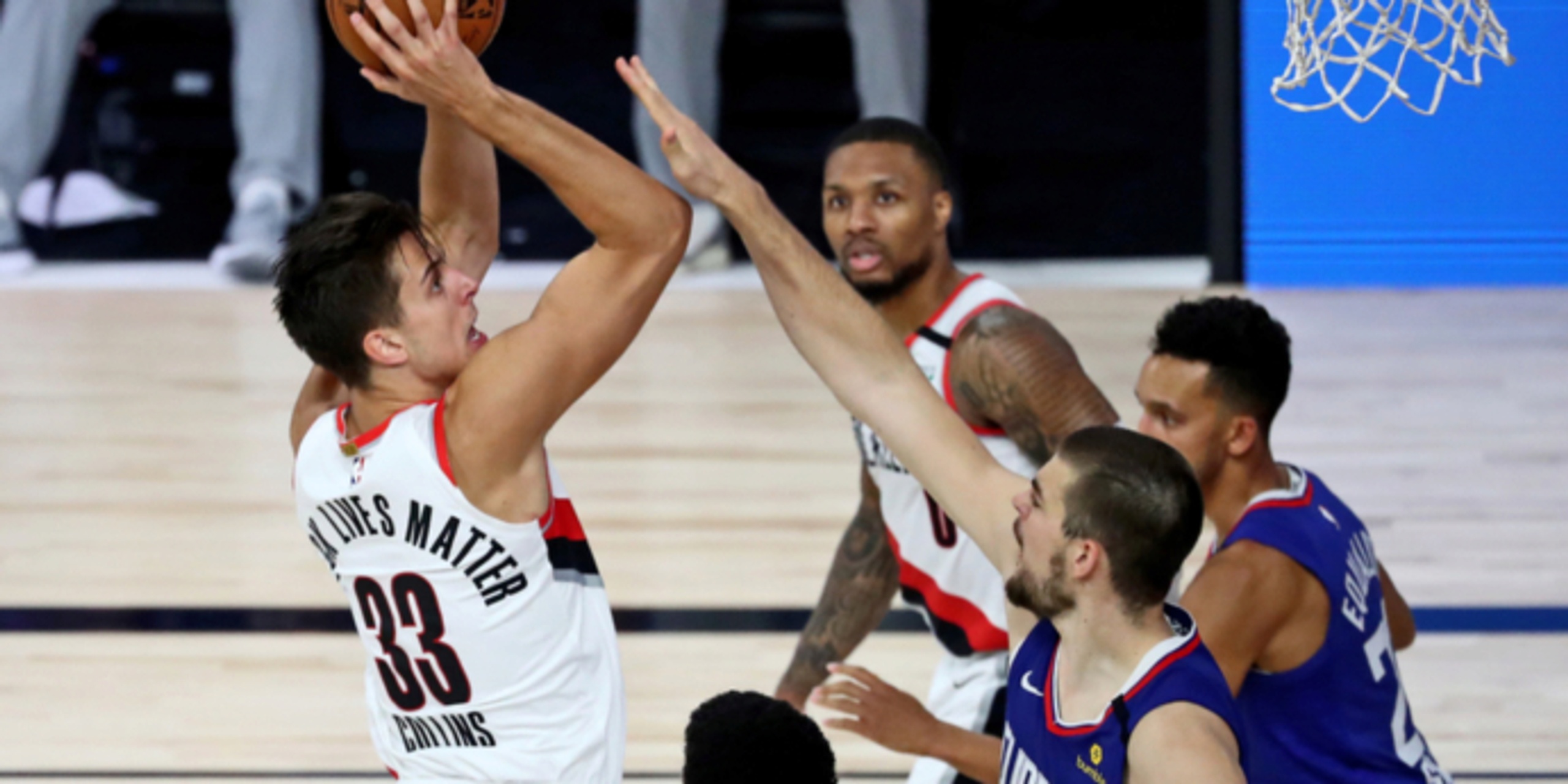 Blazers' Zach Collins to wait on extension talks until after season

Zach Collins of the Portland Trail Blazers will reportedly wait to discuss a rookie contract extension until after the 2020-21 NBA season.

ANALYSIS: The fourth-year power forward has battled injuries during the early goings of his NBA career, so from a player perspective, it makes sense for Collins to play a healthy 2020-21 slate before pursuing a contract extension. The 2017 No. 10 pick appeared in just 11 games last season with the Trail Blazers.

“Neil and I have talked quite a bit about Zach, and there’s no question how strongly the Blazers feel about him,” agent Mark Bartelstein of Priority Sports told HoopsHype. “We both feel that an extension probably just doesn’t make sense at this time based on Zach not having a chance to play as much last year due to his injuries. Everyone’s focus right now is on getting Zach back to full health and having a terrific season, and then Neil and I will sit down and get to work on a contract this summer.”