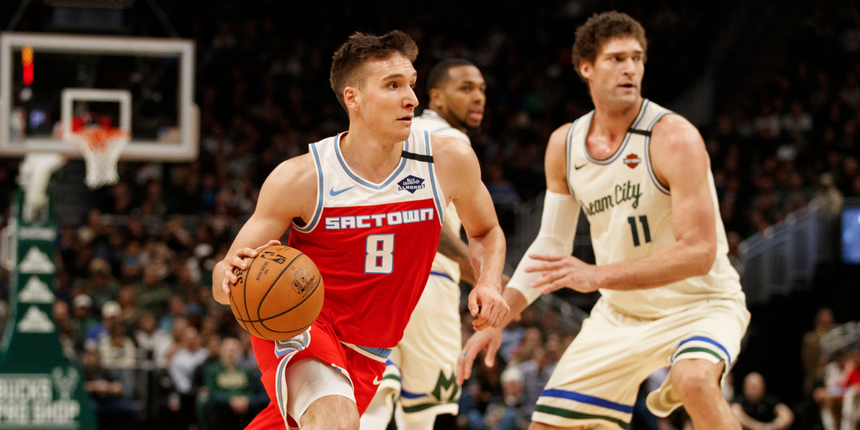 According to Shams Charania of The Athletic, the Milwaukee Bucks are going to be an expected strong suitor for Sacramento Kings swingman Bogdan Bogdanovic. The Bucks are looking for another playmaker and shooter this offseason, so Bogdanovic would be a logical fit.

ANALYSIS: Bogdanovic will be a restricted free agent, meaning the Kings can match whatever offer is made to him. Will the Bucks have enough money to make a desirable offer attractive enough that Bogdanovic leaves something on the table? On the other end, Bogdanovic would have to decide between a higher pay day vs. being able to contend for an NBA title.

Last season, Bogdanovic averaged a career-high 15.2 points per game on a 56.5 percent true shooting clip. His outside game remained consistent, and his two-point field goal success made a huge leap to 53.2 percent, seven more percentage points than the previous year.