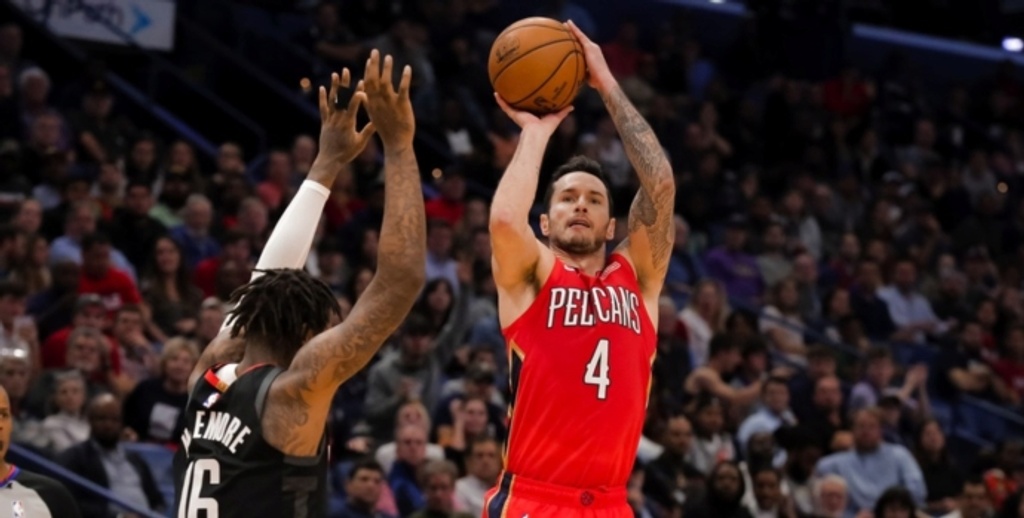 J.J. Redick: 'My goal is to play four more years'

How many more years do you want to play?

J.J. Redick: "I realized this year I want to keep playing as long as possible. My goal is to play four more years. Year 18. That’s my goal. I’ll play to 39. Then my offseason, I’ll turn 40 and then I can walk away at that point. That’s my goal. We’ll see. The body has to hold up. But we’ll see."

ANALYSIS: This is an interesting Q&A in which Redick talks about the New Orleans Pelicans' future, Brandon Ingram's development, Zion Williamson's potential and much more. Redick has one more year on his contract with New Orleans and then he'll be an unrestricted free agent next offseason.

This year, the 36-year-old averaged 15.3 points and 3.0 threes per game while shooting a ridiculous 45.3 percent from three-point range. Redick's game doesn't rely on athleticism, which is why he's still able to contribute at a high level in his 14th NBA season.

Not only is he a terrific shooter with a tremendous basketball IQ, he's also a great leader. As long as he stays healthy, he shouldn't have any trouble staying in the NBA over the next four years.