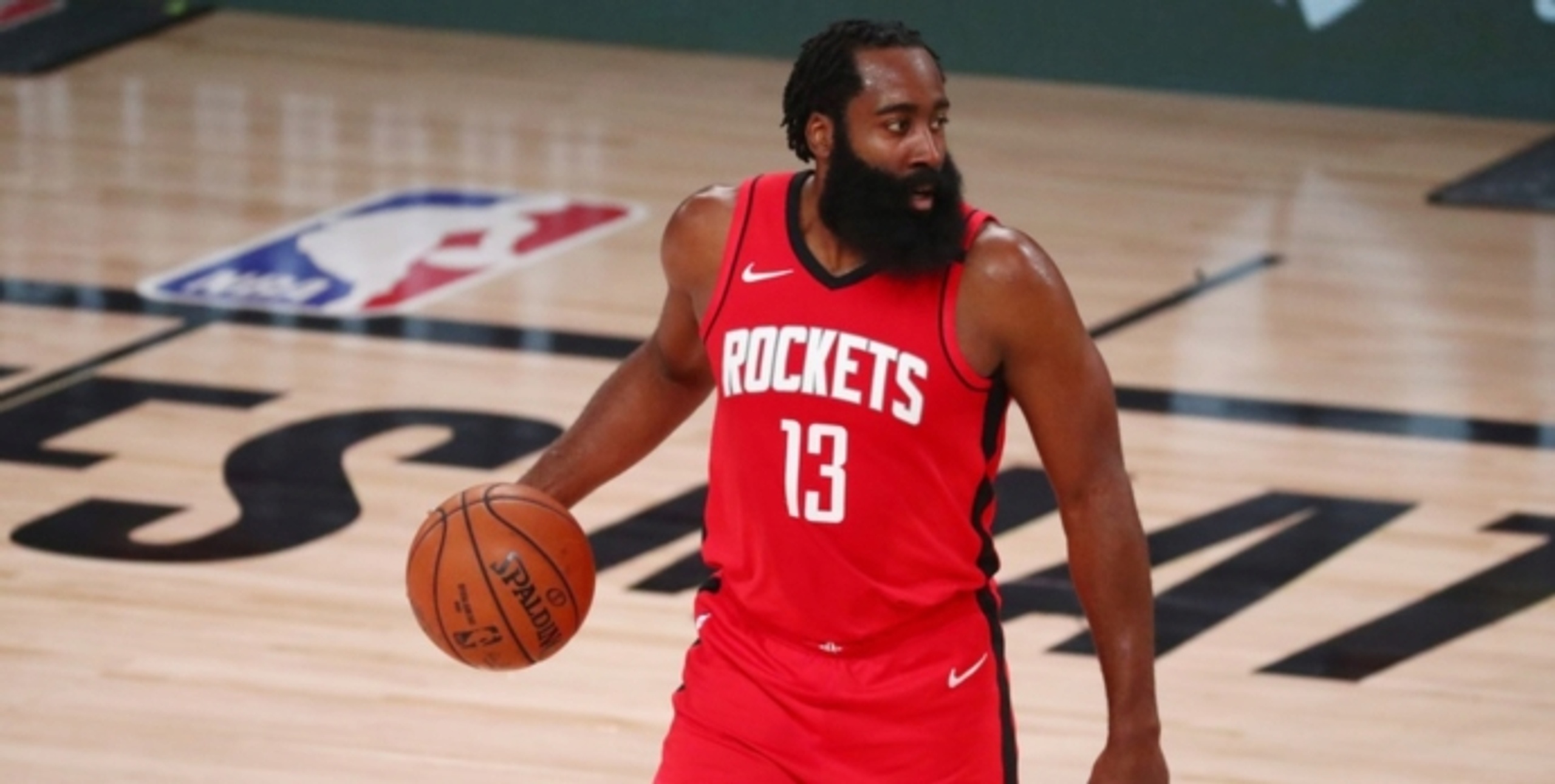 Execs predict Harden will remain in Houston past trade deadline

Recently, ESPN's Tim Bontemps surveyed eight scouts and executives from around the NBA to get their thoughts on a range of topics.

When asked where James Harden will be playing after the NBA trade deadline, six of the executives predicted that he'd still be on the Houston Rockets. (The Brooklyn Nets and Philadelphia 76ers each received one vote too.)

"Who f---ing knows, man," one Eastern Conference executive told Bontemps. "I don't think he gets traded unless other teams get involved and there becomes a bidding war of sorts. Otherwise I think they just hold pat. They're not going to trade him for crap."

"The universe of options is limited," an Eastern Conference scout added.

Because Harden is under contract for three more years, he doesn't have much leverage in this situation. This isn't like when Anthony Davis, Paul George or other stars have demanded a trade as they were nearing free agency. In those situations, the team basically had to trade the star or they would lose him for nothing. Harden can't go anywhere (and he'll be fined if he tries to sit out), so the Rockets can take the patient approach.

Houston will try to repair the relationship with Harden throughout this season. But even if the relationship is irreparable, waiting is still the best move for the Rockets because it's possible that the trade offers will improve as the trade deadline gets closer.

Still, it's interesting to hear that six of eight executives believe we won't see a Harden trade at any point this season. It does make some sense; the Rockets aren't going to move an MVP-caliber player for pennies on the dollar - even if he's disgruntled and asking for a trade.

If Houston does decide to move on from Harden, one Western Conference executive told Bontemps that the Nets' offer seems to be their best option (at the moment).

"I still think [Brooklyn] can put together the best package for him," the Western Conference executive said. "Maybe someone else can, but theirs is the best one I see."

Several executives bashed the Rockets' offseason in the survey. When asked which team had the worst offseason, Houston received the most votes (tied with the Detroit Pistons).

"There might not be a close second," an Eastern Conference scout told Bontemps. "They are in a tough spot."

"They are just completely directionless right now," a Western Conference scout added. "Arguably one of the best players in the world doesn't want to be there. Not really sure about the [Russell] Westbrook trade. They're halfway in between being a potential bottom-half playoff team or one of the worst teams in the league if they blow it up."

Last season, Harden averaged 34.3 points, 7.5 assists, 6.6 rebounds, 4.4 threes and 1.8 steals (while shooting 44.4 percent from the field and 35.5 percent from three-point range). He finished third in Most Valuable Player voting (and he's finished third or higher in MVP voting in each of the last four seasons).