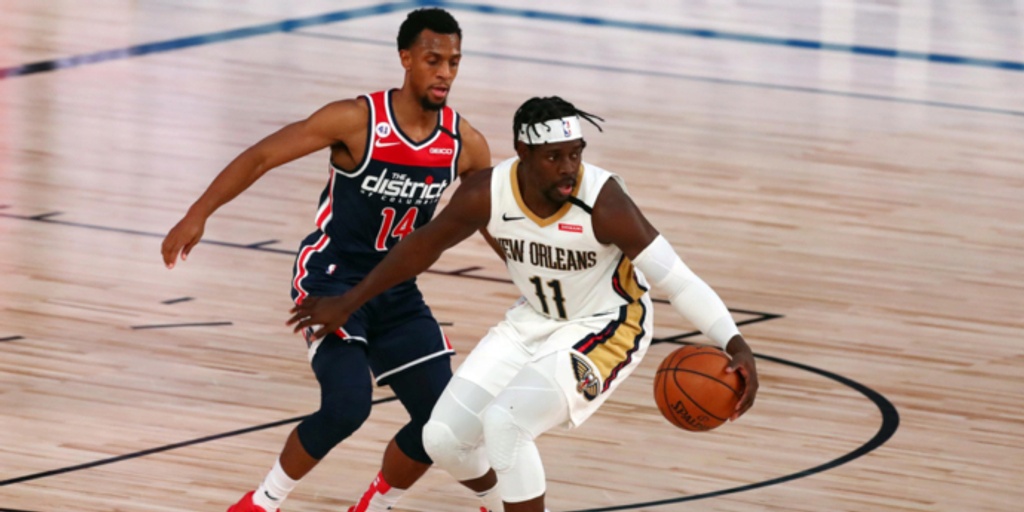 The Atlanta Hawks have reportedly emerged as a leading candidate to trade for Pelicans guard Jrue Holiday, and could use the no. 6 pick in the NBA Draft to help acquire him.

ANALYSIS: The Hawks have been reported by multiple outlets as a team pushing for playoff contention. Holiday, who averaged 19.1 points, 6.7 assists and 4.8 rebounds with New Orleans last season, would offer dynamic two-way help for an Atlanta team that struggles defensively. Holiday holds a player option for the 2021-22 NBA season. Other teams, including the Boston Celtics and Minnesota Timberwolves, have also reportedly been discussing trades for the sixth overall pick.