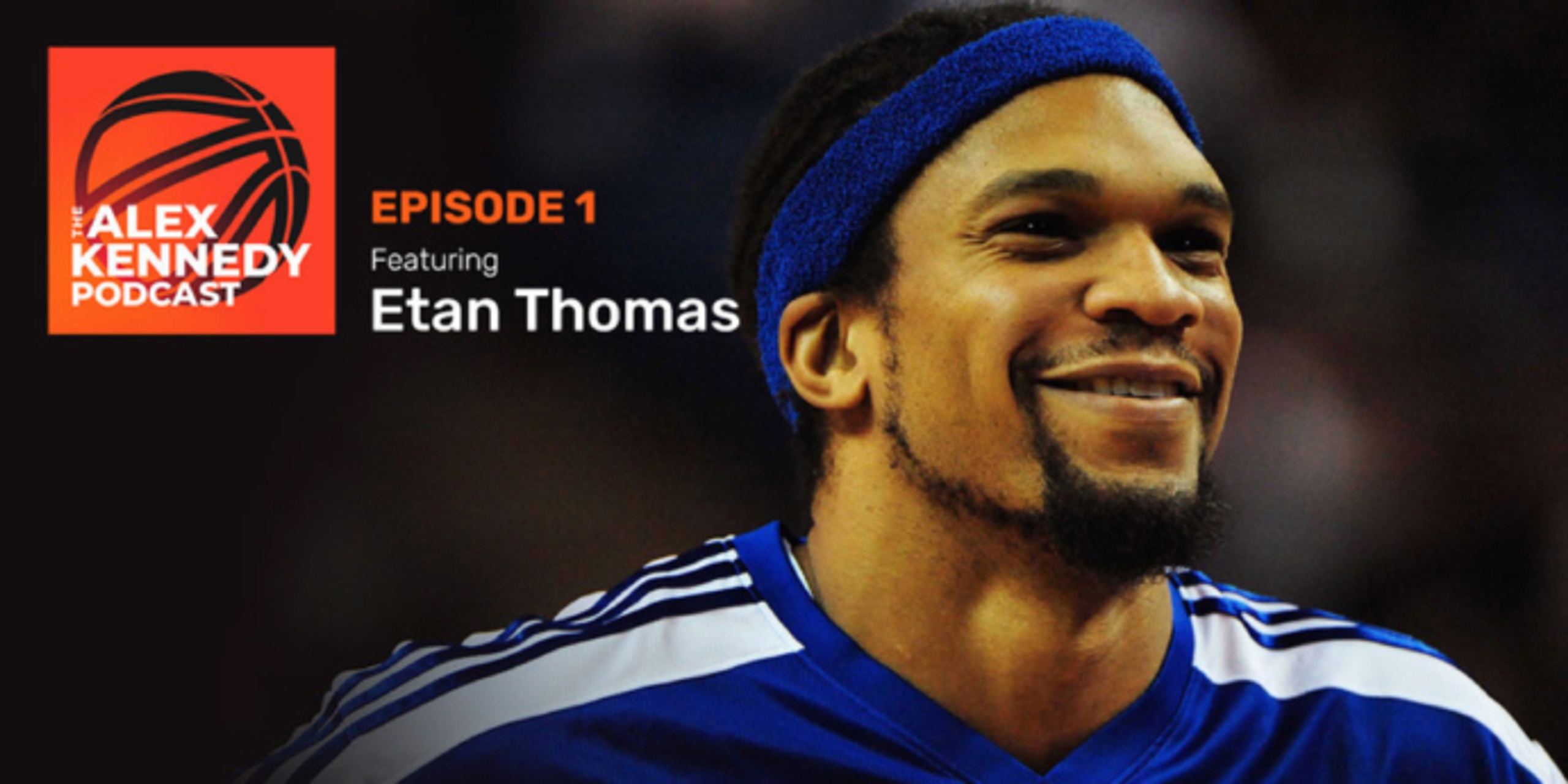 On this episode of "The Alex Kennedy Podcast," Alex is joined by 11-year NBA veteran Etan Thomas (who now writes for BasketballNews.com). They discuss athlete activism, how it's evolved in recent years, how current NBA players are using their platform, the importance of LeBron James speaking out, Etan's relationship with the late John Thompson, players' mental health in the bubble and more.

:55: Alex and Etan talk about being teammates at BasketballNews.com and share some details about the new company.

3:10: Etan has been writing a ton of articles recently. He discusses how he got his start as a writer.

4:20: Considering Etan has had a lot of post-NBA success, what advice would he give to fellow players who aren't sure what to do when they're done playing?

4:50: As an activist and a former NBA player, Etan talks about how proud he is of current NBA players for using their platform to affect change.

6:40: When Etan was playing, speaking out about social issues was considered taboo (although that didn't stop him). He discusses how that's changed in recent years.

10:00: Etan breaks down the importance of a superstar like LeBron James speaking out and how that influences other players.

13:05: The NBA and NBPA recently announced that they were creating a social-reform coalition and that many NBA arenas would become voting sites. Etan weighs in on this.

15:45: Is there anything else that Etan would like to see the NBA players and owners do?

19:05: Etan discusses whether the players made the right decision in resuming the playoffs.

20:30: Over the next few years, players are going to learn a lot about the owners and find out who genuinely cares about this cause. How will that impact the NBA landscape?

26:35: The NBA may never be the same again; this could be a turning point for the league.

30:35: What would Etan say to the critics who feel like the NBA should stay away from these social topics and just be an escape from the real world?

33:45: Etan talks about the recent conversations he's had with current NBA players about everything that's happening.

38:05: Some fans don't see professional athletes as people, but Etan believes this situation is humanizing the players a bit.

41:00: Etan had a special relationship with the late John Thompson (which he wrote about here). He discusses how they got to know each other.

44:45: Some NBA players have talked about struggling with depression and other mental-health issues in the bubble. Etan discusses this and how NBA players have opened about mental health in general.

Be sure to subscribe to "The Alex Kennedy Podcast" and leave us a rating and a review! Check out all of Etan Thomas' articles here.