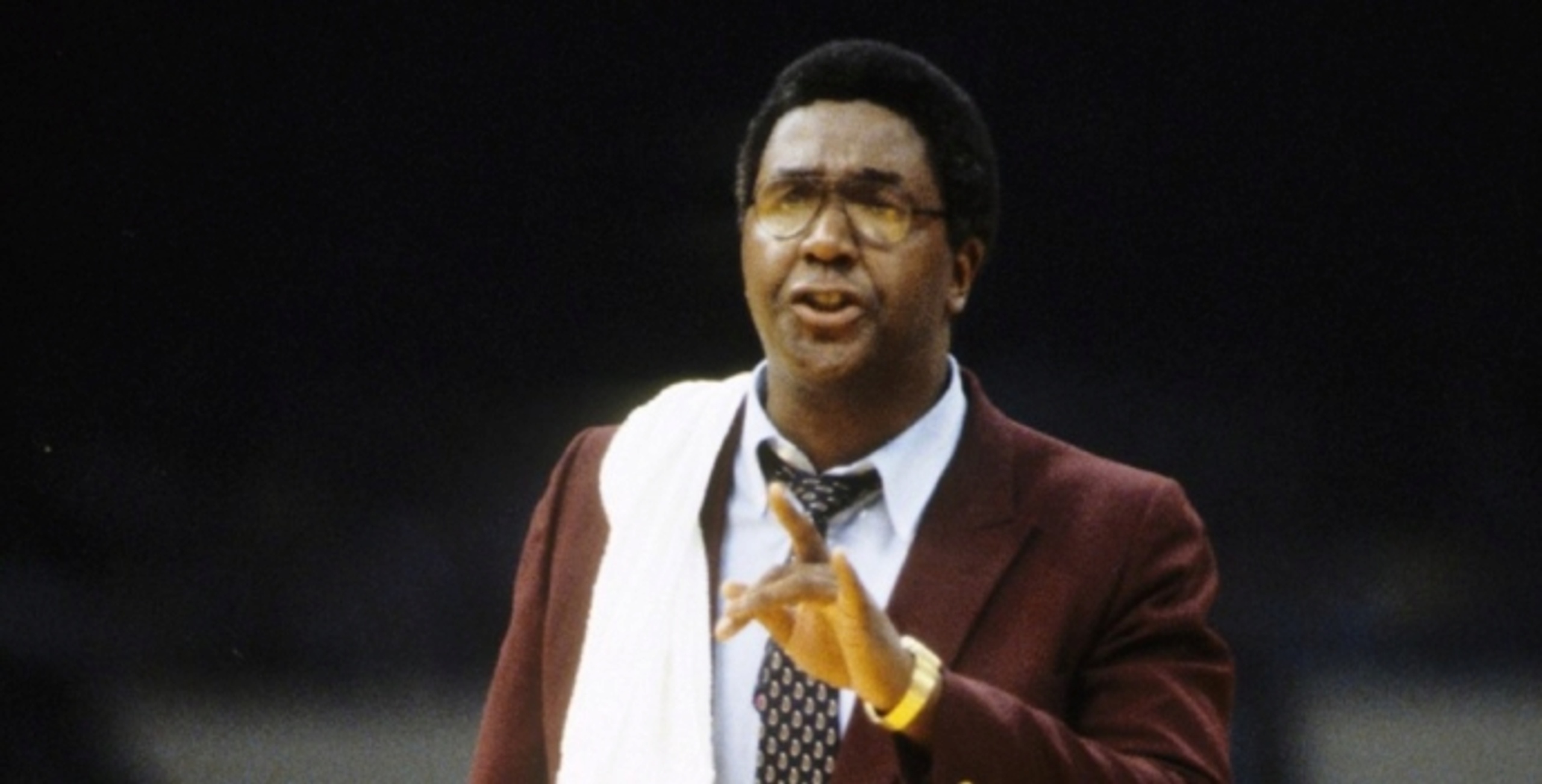 My special relationship with the late, great John Thompson

I had a special relationship with Hall-of-Fame coach John Thompson, and it all started when he chose not to recruit me.

I remember reading about how Coach Thompson specifically recruited inner-city Black players and molded them, both on and off the court.

He focused on their education, enforced discipline and structure, and educated them about society and being a Black man in America. He was a father figure in that he actually cared about his players far beyond wins and losses (although he definitely wanted to win). He made sure he stressed that his players graduate and not squander their time allowing the system to use them. Of course that was the coach and program I wanted to be a part of.

Also, he coached one of my favorite players, Alonzo Mourning - someone who I wanted to pattern my game after. He also coached Patrick Ewing, one of my favorite players growing up (as a New York Knicks fan). I wanted to be able to block shots like Dikembe Mutombo and have defenses literally draw plans to avoid bringing the ball inside. I wanted to carry on the tradition and wear No. 33 at Georgetown (which is one of the reasons why I wore No. 33 at Syracuse, but I’ll explain that later).

I even went to Georgetown's basketball camp when I was in the eighth grade. I remember reading about the next center who was going there, Othella Harrington, and seeing pictures of Coach Thompson with his arm around all of the aforementioned men. I dreamed of seeing myself in that same picture, in that same pose, alongside the great centers of Georgetown at the end of that line.

In the summer of my junior year, I was being recruited by every major program in the country except Georgetown. Coach Thompson called me and told me that they had a lot of big men, naming off five: Jamel Watkins, Boubacar Aw, Ruben Boumtje-Boumtje, Jahidi White and Ya-Ya Dia, so they really didn’t need any more bigs. I was heartbroken, to be honest. I may have even shed a few thug tears, but I vowed to terrorize Georgetown for my entire college career and picked their biggest rival, Syracuse University.

Fast-forward to Feb. 8, 1997, during my freshman year at Syracuse. That day, we faced off against Georgetown. Syracuse fans remember this as the "Donovan McNabb game" since the star quarterback and two-sport athlete ignited the Carrier Dome with an electrifying performance en route to a win over the Hoyas. Meanwhile, as a young freshman who didn’t receive much playing time after the beginning of the season - I was playing behind and learning from the great Otis Hill - I had one of the worst games of my career. I set a Syracuse record for the quickest foul out by a player in school history (and maybe even Big East history).

After not playing for a long stretch, I was put into one of the biggest games of the season due to Hill's foul trouble. I found myself in the unfortunate position of having to guard an explosive, quick-off-his-feet, 300-pound monster named Jahidi White, who could have been called the Shaq of the Big East.

As soon as I checked into the game, Coach Thompson ran every single play for White - and apparently told him to dunk on me every play. Well, I had too much pride for that, so I fouled him every time he tried it. I attempted to block the first few dunks and almost got my arm ripped off in Jahidi’s Shaq-like power moves to the rim. So the next two times, I just fouled him.

I ended up fouling out of the game after seven minutes in front of 30,000 people at the Carrier Dome in one of the biggest games of the year. I remember looking at Coach Thompson as I was walking to the bench. He gave me a little nod that said, to me, "That’s why I didn’t recruit you." I was destroyed inside. I wanted to head straight to the locker room and hide in the closet until everyone left.

After the game, a ball boy gave me a note from Coach Thompson that simply read, "Keep working, keep your head up, you’ll be fine." 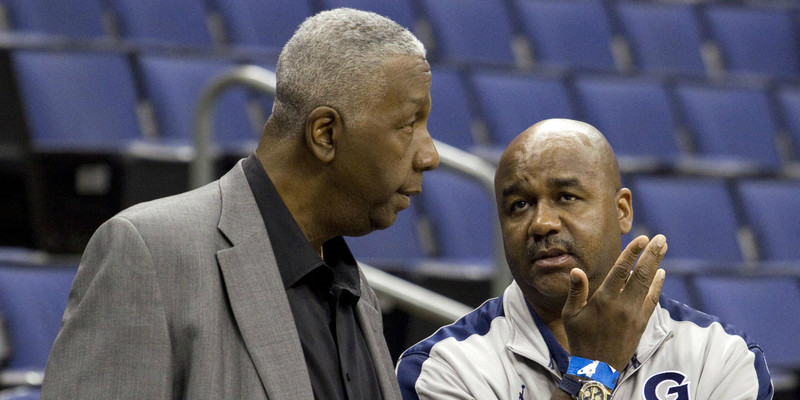 My sophomore year was really my breakout year, and one of the games I had circled on my schedule was the Georgetown game. I had a monster night - 23 points, seven rebounds, six blocks - and I was throwing down thunderous dunks, beating my chest, swatting shots into the stands and screaming into the crowd. I was so hyped, I couldn’t even calm down to shoot on the free-throw line.

At the sound of the buzzer, my first thought was to run up to Coach Thompson. I shook his hand, looked him in the eyes and said, “You could’ve had me.”

And he replied with a big smile: “Yeah, I know."

That was the start of our relationship of mutual respect and support that spanned for two decades.

I came to D.C. in 2000 with the Washington Wizards. Coach Thompson would have me on his show and support my events around the city. He would offer advice, encouragement, chastisement and praise by call or text.

Shortly after the invasion of Iraq, I spoke at a big anti-war rally in D.C. Coach Thompson called me afterwards and said, “You have no idea what you just stepped into young man, do you?”

And honestly, I truly didn’t. I had been speaking all over D.C. about the war. I wrote three different poems and two different speeches against the war all from my first poetry book, "More Than An Athlete."

“You are lucky you play for [Washington Wizards chairman] Abe Pollin because if you didn’t, this could be very bad for your professional career," Coach Thompson said to me. He also told me that he had the utmost respect for me, and if I needed some support when I felt the wrath of America after that speech, he was there for me.

For many years, I would have events around D.C. and when I looked into the crowd, I'd see Coach Thompson right there in the front row with his arms folded.

At Georgetown University, I had a debate with Bill Rhoden about his book, "40 Million Dollar Slave." Coach Thompson brought his entire team there - including a young Roy Hibbert, Jeff Green and Patrick Ewing Jr. - and had them all taking notes.

In my book, "Fatherhood: Rising to the Ultimate Challenge," Coach Thompson wrote: “In my life, I’ve been fortunate enough to meet presidents, senators, congressmen, CEOs of major companies, cardinals of churches, heads of states from several countries and some of the finest athletes and coaches this world has ever known. I’ve learned to respect them all and admired their accomplishments, but I’ve never met a man who accomplished so much with so little as my dad. And I have come to realize that nothing has more meaning to me than the honor of being named after the finest man I have ever met, my Dad, John Robert Thompson.”

I had never even heard him tell that story before and was honored by the fact that he felt comfortable telling me this for my book.

This past winter, I was watching a high school tournament at Wise High School and doing some recruiting for my AAU team, FBCG Elite Dynamic Disciples. Coach Thompson saw me before I saw him. He had someone chase me down and bring me to him. He said, "You better come over here and say hi to me."

He was in obvious pain with his walker, and I asked him how he was feeling. He smiled and said, "Just old, but you keep doing what you’re doing."

I said, "Yeah, I'm looking at some players for my team." He responded, "That’s great, but that’s not what I’m talking about. You keep using your platform and speaking and writing truth. I may not get around like I used to, but I’m always watching you and I'm proud of you. Now move out my way, I gotta get out of here."

He left before I could even get a picture with him and my son Malcolm, who came up after the conversation. Afterwards, Malcolm asked me who the man in the walker was.

"One of the best coaches to ever walk the planet," I told him.