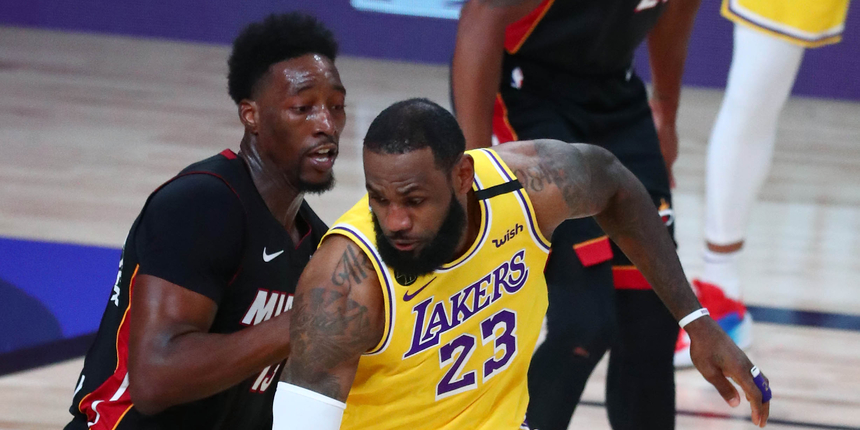 Adebayo says he will return for Game 3

Original report: Miami Heat All-Star Bam Adebayo (shoulder) will miss Game 2 of the NBA Finals vs. Lakers tonight, but there remains hope that he could return for Game 3 on Sunday, sources tell ESPN. The Heat have listed him as doubtful for tonight.

ANALYSIS: After being held out of Miami's Game 2 loss to the Lakers, Adebayo (neck) will look to re-join his team for Game 3 of the NBA Finals on Sunday. The Lakers looked dominant once again as they now hold a 2-0 series lead over the Heat.

The Heat will need everything Adebayo can give as they look to avoid an 0-3 deficit.