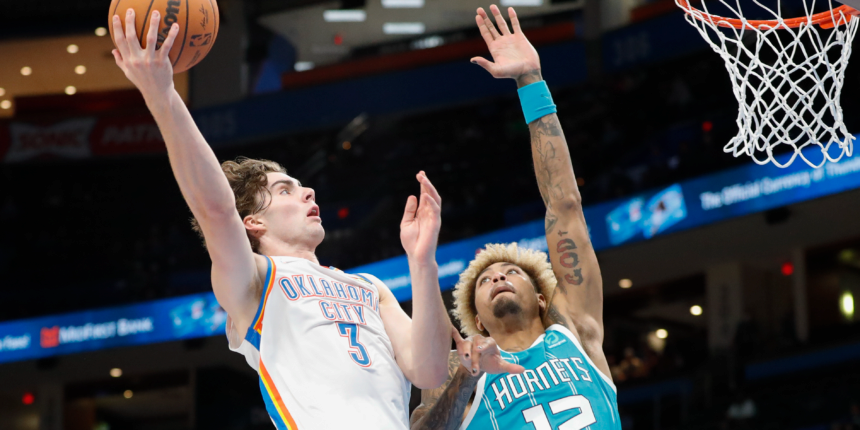 Preseason NBA basketball is here, which means we're not far off from the regular season tipping off. This is where I make the obligatory "you should take everything you see with a grain of salt" disclaimer, though we should know the deal with preseason hoops by now.

The "grain of salt" portion is key. If a projected eighth man in the rotation averages 18 points per game during the preseason, it's probably safe to assume they won't match those numbers when the games start counting. However, that doesn't mean that the player hasn't showcased skills that could lead to a successful season.

By now, every team in the NBA has played at least one game. I won't bore you with 30 different takeaways — that may be a podcast episode/segment in the future — but here are a few things that have caught my eye so far.

THE WOLVES ARE PLAYING DEFENSE

The Minnesota Timberwolves were pretty darn bad at defending last season. They ranked 28th in both defensive rating and field goal percentage allowed, largely because they hemorrhaged shots at the rim (fifth-largest share of rim attempts allowed).

I was annoyed watching the Wolves defend pick-and-rolls; specifically, I wasn't a fan of Karl-Anthony Towns operating in (a deep) drop coverage. He struggled to navigate the gap, either allowing fruitful shots from ball-handlers from playing too far back or giving up lobs from committing too early.

We saw a slight-but-important shift from the Wolves in their preseason opener; Towns is playing closer to the level of the screen when the action starts.

Beyond that, Anthony Edwards does his homework early by rotating down to the "nail" to cut off the roll from Willy Hernangomez. D'Angelo Russell could be in a "split the difference" scenario behind Edwards, but opts to stick to the corner. You generally don't want help from the strong side corner, but Josh Okogie is able to stunt at the drive, recover and contest the shot.

I really appreciate the energy the Wolves played with, as well as the schematic tweaks from last season. This doesn't mean they're going to be a good defense this year — the Russell-Towns pairing is one good teams can exploit regardless of scheme right now — but they at least look sensible.

I wrote about Kyle Lowry's debut, so I won't rehash that. I'll instead turn my attention to a different guard the Heat hopes will have a major impact on the offense: Tyler Herro.

Herro didn't have a true "sophomore slump" last season, but he certainly didn't take the leap many were hoping for. Injuries/COVID, role changes and a shortened offseason all contributed to Herro's uneven year. He seems to have enjoyed the fruits of a full offseason; muscle has been added, which should only aide him as an on-ball creator.

Beyond that, the dude just looks smooth. His combination of footwork and touch allows him to get to a variety of pull-ups, side-steps and stepbacks almost at whim.

If this is the level of shot-creating the Heat can expect from Herro this year, second units are going to have their hands full dealing with him.

I was excited to see Josh Giddey, the OKC Thunder's sixth overall pick from this year's draft, during Summer League play. His first game was against Cade Cunningham and the Detroit Pistons. A matchup for the ages in my jumbo-wing-creator-enthusiast eye.

So of course, Giddey got hurt in what felt like 10 seconds and the dream died with his absence.

Giddey made his real debut on Monday and didn't disappoint: 18 points, 7 rebounds and 3 assists in a little under 29 minutes.

Three assists undersold the kind of passing game Giddey had. He made good decisions just about any time he was able to generate a deep paint touch. I want to see more from his jumper moving forward — his spot-ups look a bit wonky to me (though he shot 2-of-4 from three), so I'm curious to see what his mechanics look like off the dribble.

This isn't me projecting Achiuwa to have some sort of insane leap; I mostly mean he's actually going to get the oppportunity to do stuff. He didn't get much leeway during his rookie season in Miami. Relegated to handoff, screening and glass-crashing duties, Achiuwa was a bit pigeonholed before (rightfully) losing a consistent spot in the rotation as playoff time approached.

The Toronto Raptors don't have title aspirations this season, nor do they have an All-Star center blocking the path to heavy minutes like the Heat with Bam Adebayo. This year is set up for Achiuwa to be given some freedom, so it's nice to see him have the flashes he's had so far.

Eurosteps in transition, pull-up jumpers, three-pointers — he's already taken more threes (2) than he did last season (1). Achiuwa has been allowed to push the break after grabbing rebounds.

I'm here for it, honestly.