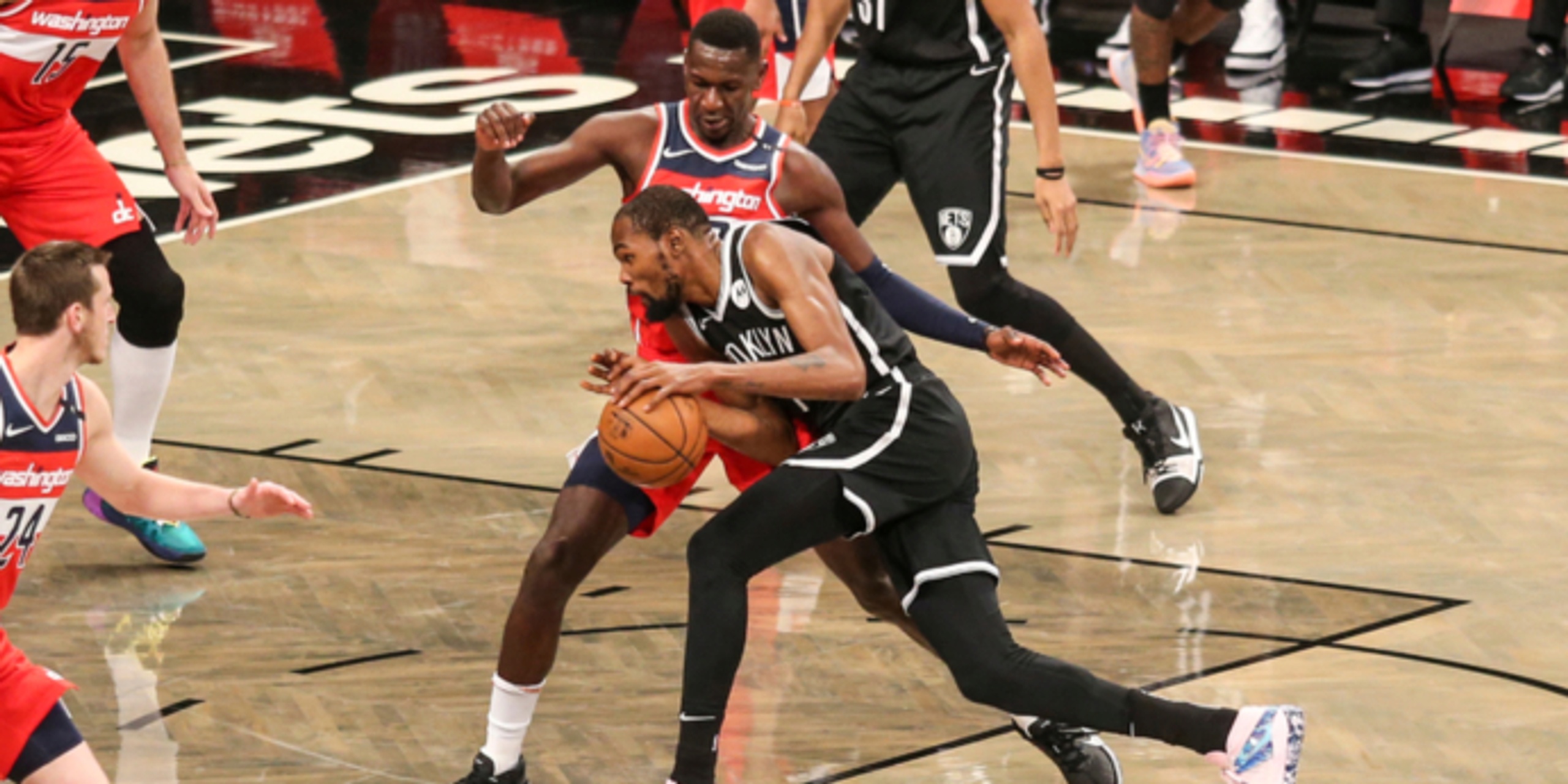 The NBA is back: Surprises from the preseason weekend

Kevin Durant and Kyrie Irving finally played together on the Brooklyn Nets and looked spectacular. LeBron James and Anthony Davis sat out for the Los Angeles Lakers, but Talen Horton-Tucker gave Laker Nation a heck of a diversion. John Wall made his debut in Houston, but Russell Westbrook did not suit up for Washington. However, the player of the weekend league-wide may just have been Harry Giles III of the Portland Trail Blazers, who averaged 18.5 points, 13.5 rebounds, 2 assists, 2.5 steals and 1.5 blocks in a pair of games against his former team (the Sacramento Kings).

The NBA workweek is beginning with plenty to talk about and plenty to wonder about, most notably the uncertain future of James Harden, who has led the NBA in scoring the past two seasons but is currently out as he goes through the NBA's six-day COVID-19 protocol after his shenanigans last weekend when we all became familiar with the cost of a top-of-the-line Prada bag.

The start of the regular season is only eight days away, the long dark winter is almost upon us, a COVID-19 vaccine is finally being shipped and administered, and we are all trying to make sense of it from the comfort of our homes while wondering when some semblance of normalcy will return to our lives and 2020 will finally be behind us.

The best thing all of us can do is focus on the positives and tune out the negatives, and that brings us to the New York Knicks. Yes, they are going to be horrible this season, but RJ Barrett made a three-pointer on Sunday, making him 1-for-9 from behind the arc this preseason. On the downside, Obi Toppin had a 1-for-9 night of his own, but hey, the Knicks won a meaningless game!

On the other side off the East River, Durant and Irving were anything but rusty as they played their long-awaited first game together for the Nets. Durant’s first basket was a dunk, the Nets scored 38 points in the first quarter with their first unit in the floor and the returning former MVP even took a charge early in the game against Rui Hachimura.

"When you have that type of injury, it is kind of remarkable he's at the level he's at," Nets head coach Steve Nash said of Durant after the game. "It's amazing. This is an injury that very few people have conquered, so to speak. It's beautiful to see him back on the baksketball court. I think the world missed him -- I certainly did."

It was the first appearance for Durant since he tore his Achilles tendon in the 2019 NBA Finals against the Toronto Raptors when he was still with Golden State. Almost nobody was in attendance at Barclays Center in Brooklyn as New York remains a ghost town, but it was still somehow worth the wait.

All coaches are wearing masks, which is making it difficult for players to hear shouted-out instructions. Golden State’s Draymond Green and No. 2 overall pick James Wiseman were held out of Sunday’s game against Denver on Saturday night, leading to the assumption that they are among the dozens of NBA players who have tested positive for COVID-19 since players began reporting for training camp late last month.

The Lakers are the league’s only 2-0 team at this point in the preseason, and the Clippers are the only 0-2 team. Giannis Antetokounmpo is sitting on a pile of pens, none of which have been used to sign his supermax contract; meanwhile, Harden is sitting on the sidelines in Houston as Rockets general manager Rafael Stone tries to find a deal sending the defending scoring champ elsewhere (though he'll have to run any deal by chairman Tilman Fertitta). On the bright side, John Wall and DeMarcus Cousins look to be healthy and raring to go.

That situation could linger or be resolved in an instant, depending on the urgency of the teams out there trying to acquire him. Most have pointed to Brooklyn and Philadelphia as the two most likely destinations for Harden, but the Nets look perfectly fine as is, and the Sixers will likely not get a deal done if they aren't willing to part with Ben Simmons. In the East, that opens up possibilities for Danny Ainge in Boston, Kevin Pritchard in Indiana and Pat Riley in Miami, should they be so inclined.

The sample size is small, but Talen Horton-Tucker and Nikola Jokic are tied for the league lead in scoring this preseason at 26 points per game. Rookie Deni Avdija of Washington has not missed any of his six shots; it's a small sample size, but he leads the league in field goal percentage. Deandre Ayton is the league leader in rebounds per game (14), and Ja Morant of Memphis leads in assists per game (11).

This week will bring a New Orleans-Milwaukee game tonight, a Boston-Philly game tomorrow and a pair of televised Lakers-Suns games Wednesday and Friday. By next weekend, perhaps we’ll have a resolution of the Harden situation. Or perhaps not.

Best to expect the unexpected and roll with it.

Just ask Trevor Ariza, who has now gone 17 days without being traded but no doubt is keeping an extra bag packed. He did not play in Oklahoma City’s first preseason game.