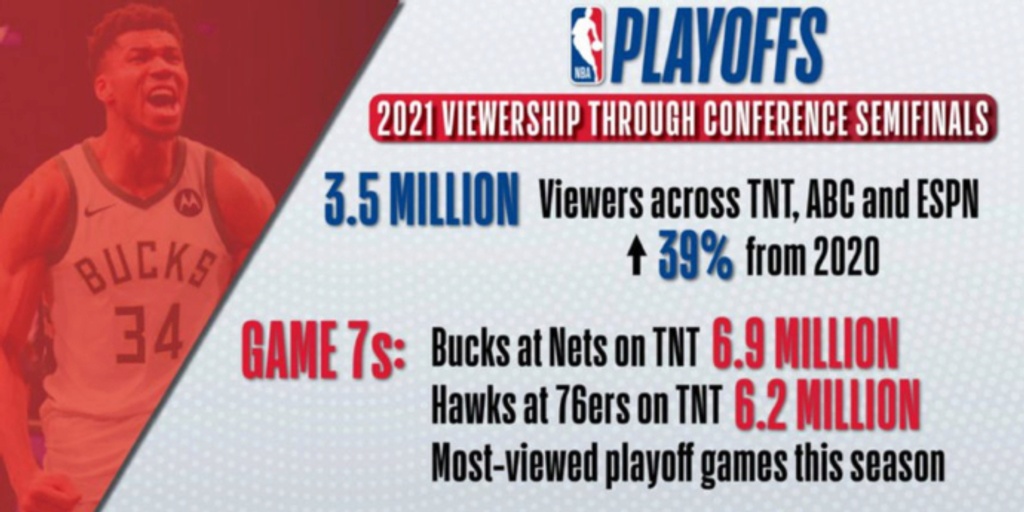 NBA playoff viewership is up 39% from 2020 postseason

The NBA announced today that playoff games through the conference semifinals are averaging 3.5 million viewers in 2021, up 39 percent from the 2020 postseason. Global viewership on NBA League Pass is also up 22 percent.

According to the league, the Game 7 matchups between Milwaukee and Brooklyn (6.9 million viewers), and Atlanta and Philadelphia (6.2 million viewers) are the two most-watched games these playoffs.

In addition to ratings being up, the NBA's social-media accounts are thriving. Through the first two rounds of the NBA playoffs, the NBA's Instagram account surpassed 57 million followers and generated more than 1.1 billion video views on Instagram (the second-most on the entire platform).