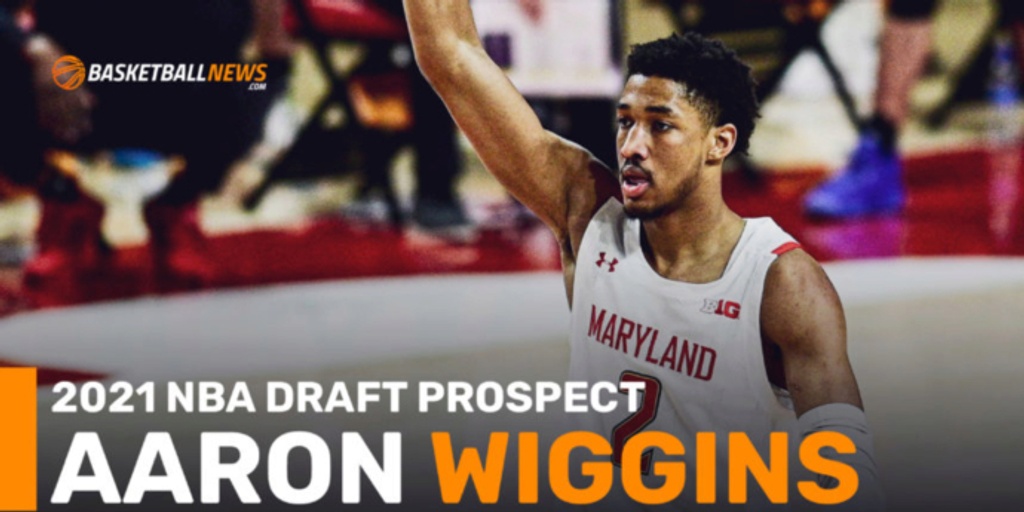 There might not be a prospect that has helped himself more at the G League Elite Camp this year than Aaron Wiggins of the Maryland Terrapins. Although he does not possess any one specific trait or attribute that jumps off the page, Wiggins, a 6-foot-6 wing, has shown a well-rounded skill set over the course of two days in Chicago.

Wiggins has undoubtedly gained major momentum and changed the narrative for himself recently, but we shouldn't be so surprised. Over the course of his last 10 games at Maryland, Wiggins averaged 18.1 points, 6.9 rebounds and 1.5 steals per game, and shot 40.3% from three-point range.

I spoke to Wiggins’ agent, Austin Walton, earlier this morning, and he mentioned that interest from NBA teams had increased significantly in recent days. He continued to explain to me that Wiggins and his family have decided to preserve his college eligibility in order to keep the door open for a return back to Maryland next season. However, if things keep trending up, and he is provided a certain level of assurance, it is certainly possible that Wiggins stays in the 2021 NBA Draft.

I told Walton, “Tell Aaron to keep doing exactly what he’s been doing. I’ve been intrigued by him in the past and everything seems to be clicking for him at the right time.”

Stay tuned for our updated 2021 NBA Mock Draft, which will be released tomorrow. To see the current version, click here.