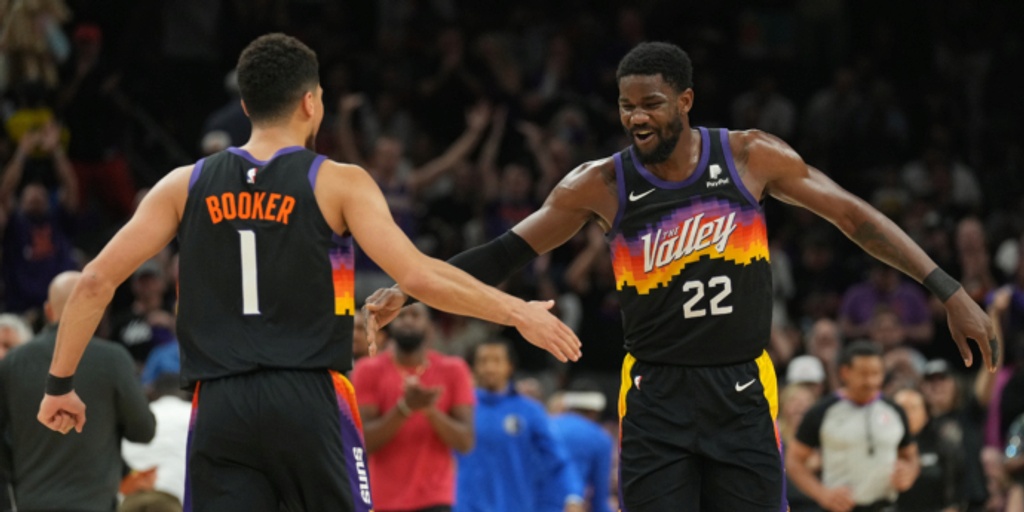 In 2020, the Phoenix Suns firmly planted themselves within the NBA as a sustainable contender. Following the addition of Chris Paul, Phoenix ended its 11-year playoff drought with a miraculous Finals appearance.

The 2021-22 campaign was supposed to be the crescendo moment for an instant rebuild that was stuck in neutral before the arrival of general manager James Jones and head coach Monty Williams. All season, Phoenix was dominating opponents, putting on historic efficiency clinics in clutch-time situations that vaulted the team ahead of everyone else. However, a near-worst-case scenario occurred when Luka Doncic and the Dallas Mavericks delivered a knockout blow in the Western Conference semifinals.

How it all ended was a look-in-the-mirror moment for the Suns, one that has brought some ripple effects to their current roster and long-term situation.

From an off-court perspective, majority owner Robert Sarver will soon sell his stake in the organization following a year-long suspension. Early evaluations lean toward the Suns soon becoming the NBA’s most expensive team from new ownership buy-in. Before this occurred, restricted free agency involving 2018 No. 1 overall pick Deandre Ayton brought some icy feelings, which included internal tension between he and Williams after their Game 7 bench spat. Ayton admitted that the two didn’t speak to each other after the season ended, which somehow lasted into training camp.

Ayton signed a lucrative four-year maximum offer sheet with the Indiana Pacers, but the Suns matched it within mere minutes; this situation bears watching well into the season. Phoenix’s summer flirtation with Kevin Durant, who had the Suns as his preferred trade destination, will only linger until it’s finally resolved one way or another by July.

Jae Crowder is also away from the team, as his trade request has been granted. Crowder was expected to take on a reduced role in favor of Cameron Johnson, but the veteran forward wasn’t receptive to the idea.

The Athletic’s Shams Charania recently reported that the Atlanta Hawks are a top candidate to acquire Crowder, but Phoenix won’t simply make a deal to get the starting-caliber wing off their roster. Phoenix’s intention is to improve their depth in any Crowder transaction, which could happy soon with the regular season on the horizon. Evidenced by the Suns’ pursuit of Bojan Bogdanovic (prior to the Detroit trade) and promising young Utah Jazz forward Jarred Vanderbilt, monitor that framework as any potential outline for a deal moving forward.

The Hawks are interested in acquiring Jae Crowder, an ideal fit on the wing surrounding Trae Young. https://t.co/QvlgQUKQY7

Mining through the chaos is an all too familiar occurrence in Phoenix that is creeping back into its most successful era since Steve Nash piloted Mike D’Antoni’s 7 Seconds or Less offense in the mid-2000s. Questions have been persistent all offseason about the Suns after their postseason embarrassment.

Is the window closing on Phoenix and their realistic championship hopes?

With the Suns’ core pieces now entering their primes — led by soon-to-be 26 year old shooting guard Devin Booker — that would be a strong bet against consistent internal improvement. Booker has now fully established himself as one of the NBA’s best scorers. Mikal Bridges was runner-up for Defensive Player of the Year, and will now be empowered to take more scoring looks this season. Johnson adds much-needed sharpshooting and floor-spacing capabilities while holding his own on the other end of the court. Ayton will also be relied upon as more of a scorer this season since Paul will be going into his age-37 season.

The biggest questions around the Suns persist from the looming Crowder trade, which will leads right into the second-unit depth. Currently, Phoenix’s primary bench rotation consists of Cameron Payne, Landry Shamet, Torrey Craig, Jock Landale and Dario Saric. Saric’s return from a torn ACL suffered in the 2021 Finals helps bring back a connective piece, but it’s a lot of pressure on Payne and Shamet to bounce back from subpar campaigns. In turn, the consistent theme of Paul and Booker maintaining their elite status as a backcourt will be of utmost importance in 2022-23.

The Western Conference is only getting stronger around the Suns. The defending-champion Golden State Warriors aren’t going anywhere anytime soon. The Denver Nuggets are finally at full strength with the impending returns of Jamal Murray and Michael Porter Jr. alongside two-time MVP Nikola Jokic. The Dallas Mavericks and Memphis Grizzlies continue their climb up the ladder thanks to their young stars. Also, the New Orleans Pelicans easily stand out as a team ripe for a major leap thanks to Zion Williamson’s return.

This season, we will truly find out whether the Suns’ hopes to finally win a championship will be one left in the rear-view mirror, or if it becomes even more of a potential reality with their current core.