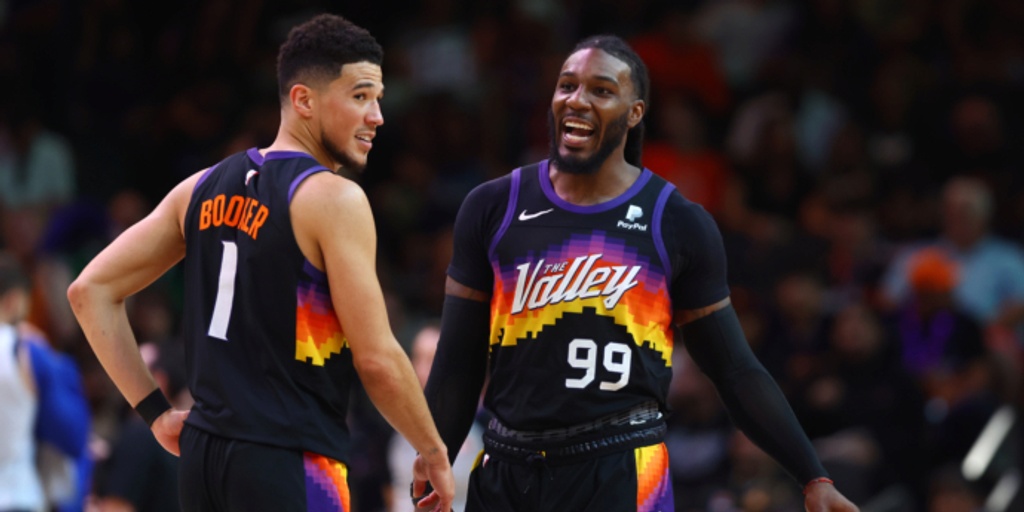 With Jae Crowder still absent from the Phoenix Suns' bench, it appears that the team will not play hardball with Crowder and instead move toward a trade for the veteran forward. Jake Fischer broke down the rumors and movement in his most recent piece, and a multitude of options seem to be available for both parties involved.

The 10-year veteran is believed to be asking for yet another three-year extension in the ballpark of $30 million, which the Suns have yet to budge on offering. The Suns have kept bench forward Cameron Johnson far and away from trade talks, as they now plan to replace Crowder with him in the starting lineup. Johnson is also extension eligible, and with the Suns heading deeper into the luxury tax, the projected extension of four years and $72 million makes trading Crowder even more important if he chooses to continue to sit out.

Multiple contending teams are interested in Crowder. The Miami Heat will have problems matching his salary with the newly-signed Caleb Martin, Victor Oladipo and Dewayne Dedmon until they become trade-eligible in a few months. Despite this, Heat officials have expressed that Miami is Crowder's preferred destination, per Fischer.

Crowder's past teams have been linked to him as well. The Memphis Grizzlies have an injured Danny Green to toss out, but the Suns are looking for players who can help them win now in return. The Boston Celtics seem to be holding out on offering Grant Williams an extension, and the Suns have shown interest in Derrick White, but for now, Boston is reportedly out on the Crowder sweepstakes.

The Atlanta Hawks have had talks about Crowder with the Suns this summer, as they have also made calls around oft-injured swingman Bogdan Bogdanovic. A potential trade of Landry Shamet and Crowder for Bogdanovic has made its rounds through NBA front offices, although Fischer's sources have claimed that Shamet has not been involved in the Suns' talks with Atlanta.

Utah Jazz guard Jordan Clarkson seems to be available due to the state of the rebuilding Jazz franchise, and the Suns have recently made calls around him and his potential to help their bench. However, this would likely require further draft compensation on top of Crowder, something the Suns have been hesitant to include in recent trades.

Dallas, a team often thrown into trade talks for wings, is reportedly not interested in Crowder, per Fischer.

Whatever trade happens, it's important to note that it appears the Suns operate on a year-to-year schedule. They won't mortgage all of their future assets in trades, and may only use distant draft picks to make moves on the margins to improve their roster. It's likely that they'll look at trades that require them only moving Crowder, and not assets on top of him, to improve their roster.