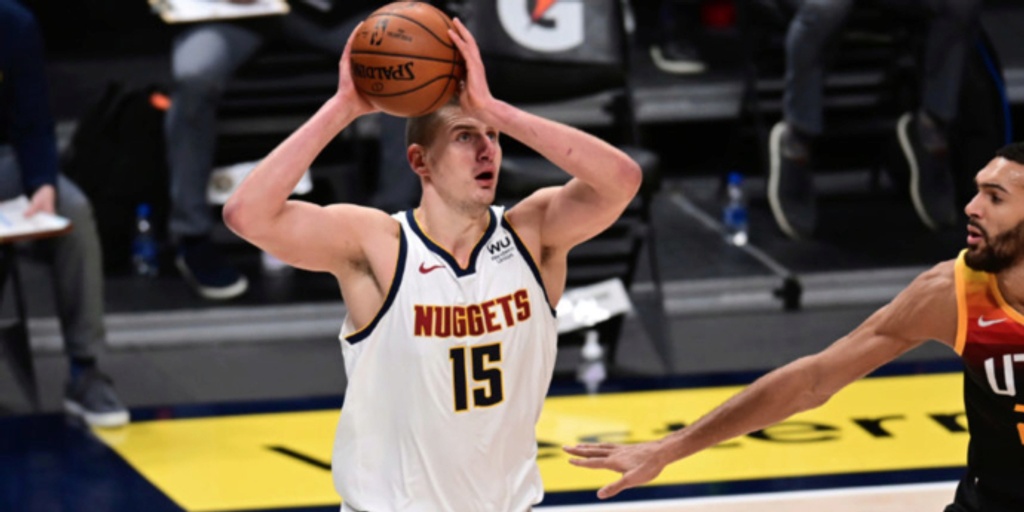 Behind Nikola Jokic's 47 points, the Denver Nuggets coasted to a 128-117 victory over the Jazz, ending Utah's 11-game winning streak. 22 of Jokic's 47 points came in the first quarter with Denver jumping out to 43-29 lead and never looking back. Jokic, an early MVP candidate, finished the game with 47 points, 12 rebounds, and 5 assists while shooting 65.4% from the field. Denver has now won six of their last seven games, sitting fourth in the Western Conference, trailing the Lakers by 2.5 games.

The Jazz, who now drop to second in the Western Conference after falling to 15-5 Sunday afternoon, never got it going defensively as they allowed Denver to shoot 54% from the field and 64.3% (18-28) from behind the arc. Utah's leading scorer Donovan Mitchell returned to the lineup today after missing the team's previous two games due to the league's concussion protocols. But Mitchell looked a bit rusty in his first game back in action, putting up 13 points on just 3-12 from the field. Sharpshooter Bojan Bogdanovic (29 points) helped Utah make some runs in the 3rd quarter, but it ultimately wasn't enough to close the gap.

The Nuggets will look to stay hot as they play the second game of a back-to-back tomorrow at home against Detroit at 9 PM ET.

And the Utah Jazz takes on those same Detroit Pistons in their next matchup on, Tuesday, February 2nd at 10 PM ET.