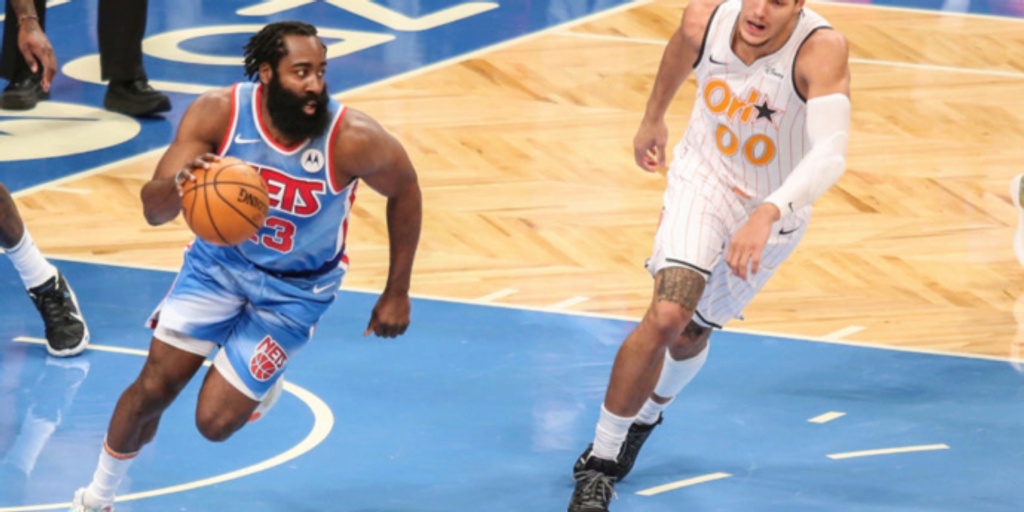 The Brooklyn Nets announced that eight-time NBA All-Star James Harden will be forced to miss tonight's game vs. the Washington Wizards due to a left thigh contusion. It is unclear when Harden picked up the injury as he looked fine during Brooklyn's 147-125 win over Oklahoma City on Friday night. Harden is set to miss just his second game of the season and his first with the Brooklyn Nets. Kevin Durant, who was held out of Friday's game in OKC (rest), is not listed on the injury report and is expected to be available tonight.

The Nets and Wizards tip off at 7PM ET tonight.