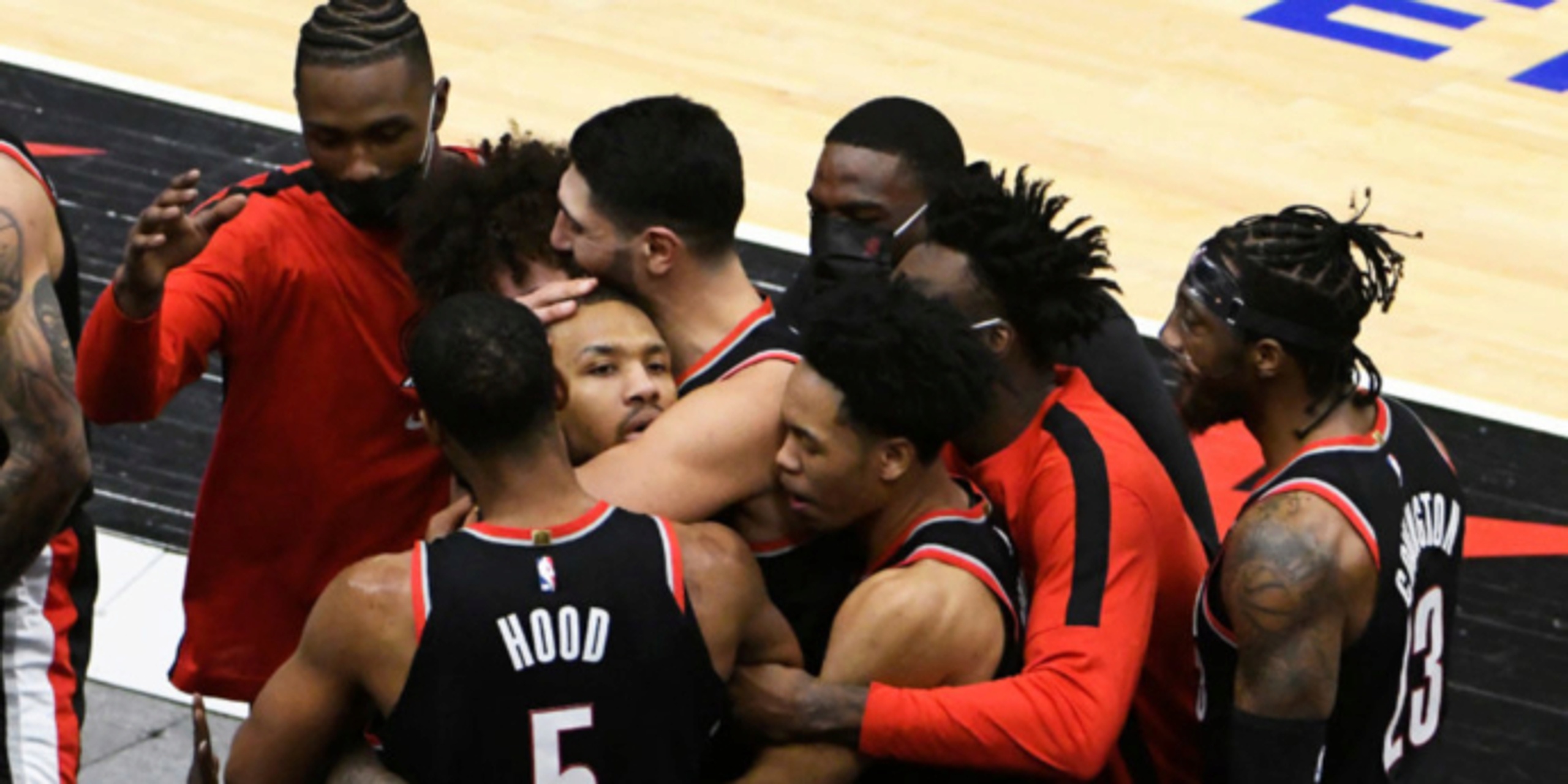 Without further ado, here are the tweets of the day for February 1, 2021.

Shooters Shoot (From Wherever)

Free-throw shooting is the strangest argument in basketball analysis, because if it goes in, who cares? More players should shoot underhand, and more should shoot from a completely different area code like Dwight Howard.

I’m usually not scared to share news publicly but the amount of hate, myths & ignorance actually had me debating sharing this joy. I had Top Surgery! I’m feeling free & euphoric in my body & want Trans people to know and see that we’ve always existed & no one can erase us! 🏳️‍⚧️✊🏽❤️ pic.twitter.com/6ERDPoQGwb

Layshia Clarendon has always been a role model, from using their position on the WNBA’s Social Justice Council, to never letting the conversation about the tragic death of Breonna Taylor and so many other Black women be forgotten, to now sharing with the entire world -- a world that can be cruel and unforgiving to things they don’t understand -- their decision to undergo top surgery in an effort to live a more authentic life.

If Your Girl Says Hey to Me, That’s Our Girl Now

It’s not covid, he’s the reason I won’t take my girl to games.

It’s a good thing that arenas aren’t open to the public, because Walt Frazier getting his ‘fit on while looking happy as a clam doing it would distract every fan in attendance.

You guys keep tagging me on this like 40 plus years of failing miserably has been erased bc you have the best record after 18 games. pic.twitter.com/DhSRkvAY71

They said I’m a buzz kill because I told them they couldn’t outrun a lion 😑 https://t.co/DSvaRkHAYP

How can we be sure though? Who is asking the question? Who is convinced they can outrun a lion?

All I Need Is One Mic

Had to put @Money23Green’s thoughts on Rodney McGruder with the Ether instrumental
😂😂😂 pic.twitter.com/IrrvWXksTu

Never has Rodney McGruder’s name been mentioned so much in a single weekend.

The Creation of Adam Damian

No doubt this is my favorite image from tonight. @EnesKanter is quickly becoming a @trailblazers cult-hero, and @Dame_Lillard is a legend forever in #RipCity pic.twitter.com/gbK4itIzQ5

More teammates should kiss each other, in my opinion. Normalize kissing your friends gently on the head after their successes.

Lip Sync For Your Life

This wasn’t the first rodeo featuring both Kyle Lowry and Aaron Gordon, nor was it the only one where Kyle’s lips can clearly be read.

863 was his room number, Aaron Gordon. Where were you? pic.twitter.com/EO7AnM1mgQ

He Shoulda Been Hoopin’ Instead of Killin’ People

If Slender Man hadn’t turned to a life of crime, I bet he could have been a pretty solid stretch four in today’s NBA. With those physical tools he has real 3 and D potential!

Slenderman is just the newest addition to the “First-Team Should Have Hooped” roster.

BRADLEY BEAL AND THEN WESTBROOK🔥 pic.twitter.com/yOMCWfAHHm

The Brooklyn Nets have the worst defensive rating in the NBA, but this is just insane. Beal’s shot was understandable, but the scrambling on the inbounds that allowed Westbrook’s was...a choice.

This is what being the oldest sibling is like.

Nikola Jokic on his way to win the NBA's 2021 MVP award pic.twitter.com/6PR5z3ULCm

47 points, 12 rebounds, 5 assists, and about a 75% chance that he would actually pull up to the arena like this.

I feel like Pascal is a very passionate/emotional player & that’s definitely why he fluctuates so much in terms of consistency. When he doesn’t do well, he stays bummed. When he does well, he stays snapping. Once he gets control over that I think he’ll show up more consistently🤷🏼‍♀️

Emotions rarely show up on the stat sheet, except for technical fouls and ejections, but the case of Pascal Siakam is probably more common than the average fan thinks.

He was also asked if, with the increased playing time, he’s started to feel like he’s being being scouted a bit.
He answered that when he hears the other team talking about “number 18” he thinks “oh I made the scouting sheet”, and it makes him happy lollll pic.twitter.com/bD43TxtfZT

As a Raptors fan, opposing teams taking notice of Yuta makes me uneasy, but this whole thread is so wholesome. (But please don’t steal him)

We Believe In Yu

did you guys know people discouraged Yuta from going to the US to play basketball because apparently it’s gonna be a different level from what he’s used to in Japan but his parents encouraged him to go for it and look where he is now. so glad he’s with our team right now

Yuta Watanabe’s parents supporting his dreams makes his glee at being on the scouting sheet even more adorable.