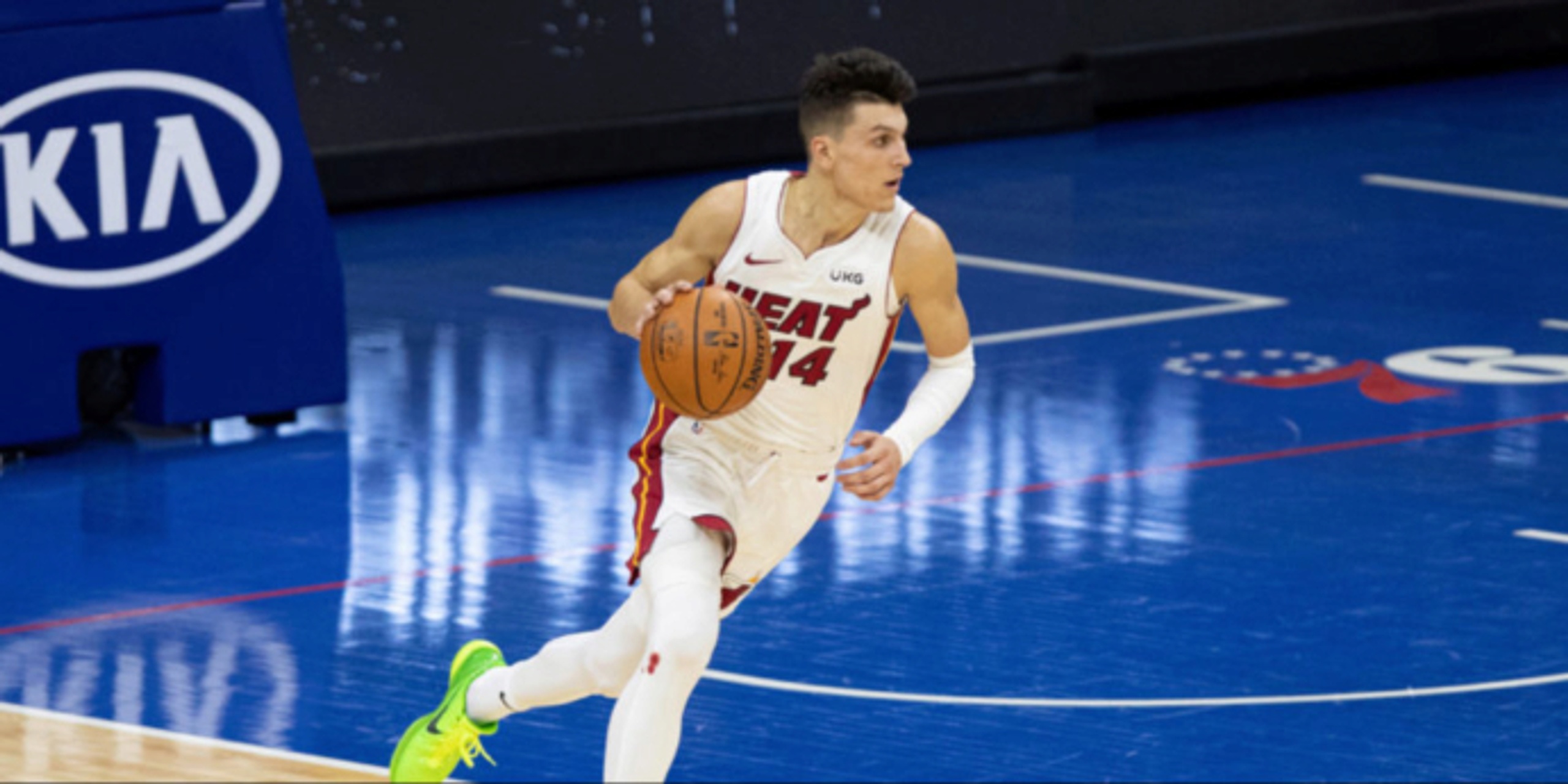 Tyler Herro late scratch due to health and safety protocols

The Miami Heat have seen their season partly derailed by COVID-19, thanks in large part due to guard Jimmy Butler missing 10 games while out due to the health and saftey protocols the NBA has in place. That became an issue again on Thursday when the team announced that second-year guard Tyler Herro would miss Miami's game against Houston.

#MIAvsHOU UPDATE: Tyler Herro will not play in tonight’s game vs the Rockets due to the NBA’s health and safety protocols.

So far this season Herro has averaged 17 points per game in 17 games for Miami.