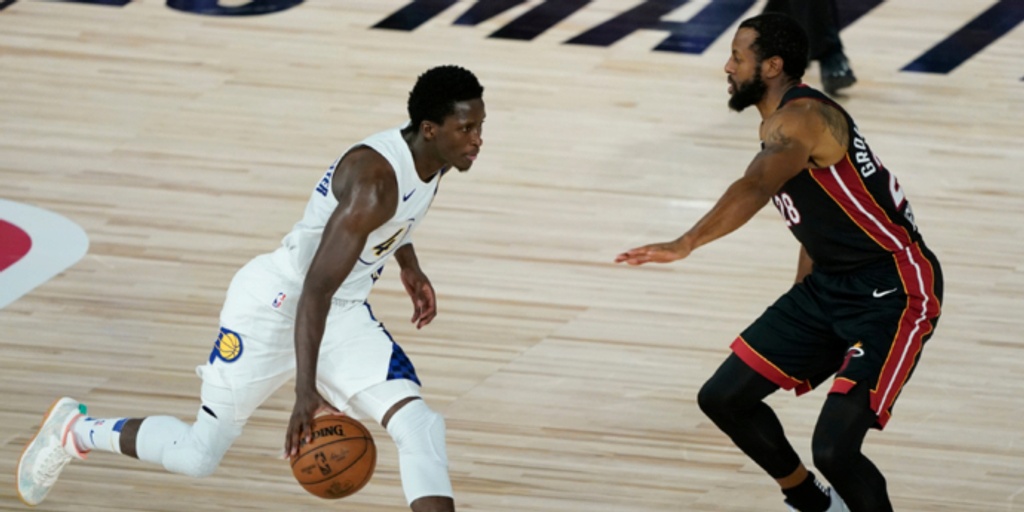 The Bucks are also eyeing Indiana's Victor Oladipo, though no substantive talks with the Pacers have taken place, sources say. Other teams are monitoring the Oladipo situation, but several of them would like to see Oladipo in action before engaging Indiana, sources say.

ANALYSIS: Several teams have shown interest in the former All-Star guard Victor Oladipo, but considering he is coming off a major quad injury teams will want to see Oladipo back in action before they commit to dealing for him. Oladipo could also look to re-sign with the Pacers according to Zach Lowe.