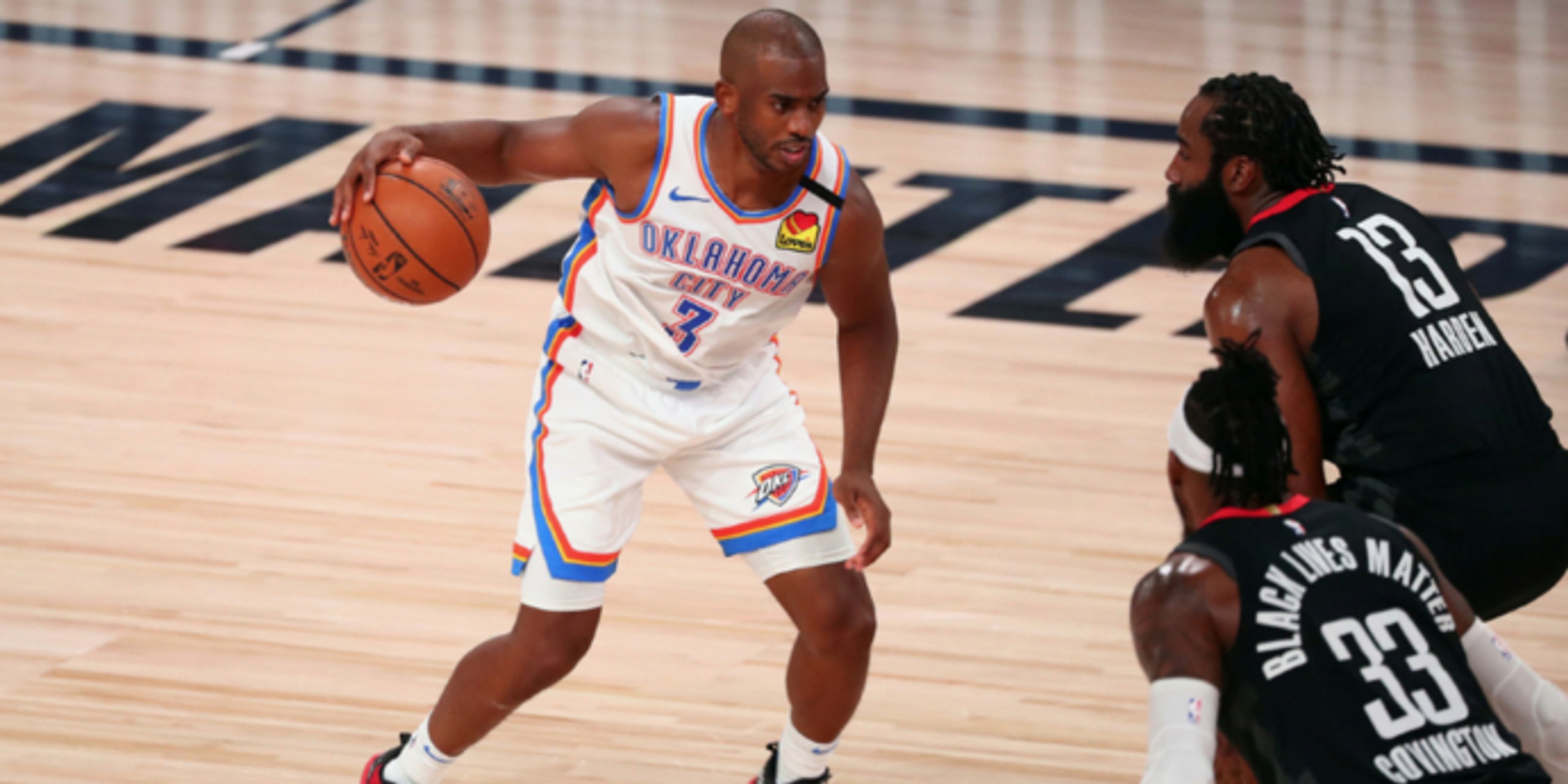 There has been no traction so far -- and maybe not even any talks -- on any deal sending Chris Paul from the Oklahoma City Thunder to the Bucks, multiple sources say.

ANALYSIS: Despite rumors suggesting that Milwaukee would pursue Chris Paul via trade this offseason, there has reportedly been no movement on a potential deal. The Bucks will do all they can in order to help their chances of retaining reigning MVP Giannis Antetokounmpo, and adding Chris Paul to the roster would certainly help their odds. A duo of CP3 and Giannis Antetokounmpo could be enough to help Milawukee get past their postseason struggles and advance to their first Finals since 1974.