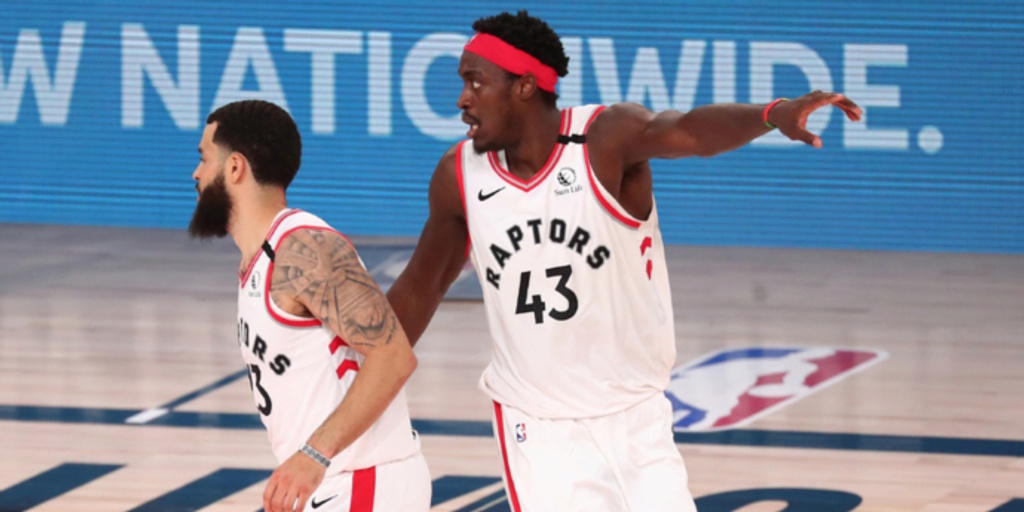 On Tuesday, Kansas City Mayor Quinton Lucas tweeted that KC wants to host the Toronto Raptors' home games for the 2020-21 NBA season. In fact, Mayor Lucas made a pitch to NBA Commissioner Adam Silver, explaining why Kansas City would be perfect as a host city.

"We heard you might need a temporary home for the upcoming NBA season, Raptors. We'd love to have you in Kansas City," Mayor Lucas tweeted. "Mayor Lucas and members of the KS and MO delegation today encouraged the NBA and Raptors to select Kansas City as the team's host city for the 2020-21 season."

The tweet included the following letter to Commissioner Silver:

“In the event the Toronto Raptors seek a temporary home for the 2020-21 National Basketball Association (NBA) season, please note our strong support for Kansas City to serve as the team's host city.

“Kansas City is a great sports city. Not only does Kansas City boast the 2019 World Champion Kansas City Chiefs, the 2017 U.S. Open Cup Champions Sporting Kansas City, and the 2015 World Series Champion Kansas City Royals, but Kansas CIty is also preparing to host the 2023 NFL Draft and enjoys regularly hosting the best collegiate athletes from across the country for tournament and championship games in a variety of sports.

“Kansas City sports fans are unmatched, already providing an avid fanbase for the Chiefs, the Royals and Sporting - and would be eager to extend that support to the Raptors. Our T-Mobile Center, a first-class arena located in the heart of downtown, would make a great home for the Raptors as they look to match last season's impressive winning record.

"In addition, Kansas City has plenty to offer with our wonderful food, attractions, and entertainment for basketball fans of all ages. Kansas City has the fifth-fastest growing downtown population in the nation, according to the Brookings Institute, and offers convenient air and ground travel across the continental United States and beyond. The Kansas City metropolitan area is primarily served by the Kansas City International Airport, which is currently undergoing a $1.5 billion state-of-the-art terminal renovation to meet the needs of our growing economy and booming tourism industry. The fare-free Kansas City Streetcar runs through Kansas City's downtown and has stops just a minutes' walk from the T-Mobile Center and many of the city's premier dining and entertainment venues. Kansas City also proudly provides fare-free public bus transportation across the city, with several stops near T-Mobile Center.

“Again, Kansas City is well-suited to host the Toronto Raptors for the 2020-2021 NBA season and our dynamic fans would be thrilled to adopt the team as our own. On behalf of our bi-state region, we thank you for your consideration of Kansas City as you move forward in the selection process and stand ready to answer any questions you may have.”

ANALYSIS: The Toronto Raptors will be forced to play elsewhere for their home games next season because of the ongoing travel bans in Canada. What started as just a rumor that Kansas City could be a potential host city for the Raptors now seems to be gaining some serious momentum. Kansas City's Mayor has given the thumbs up for the Raptors to play its home games in Missouri next season and is encouraging the NBA to select KC.

Missouri is currently without a professional basketball team, so this could be an exciting time for NBA fans in the state since they may have a home team to cheer on next season. Louisville has also been mentioned as a possible host city for the Raptors.