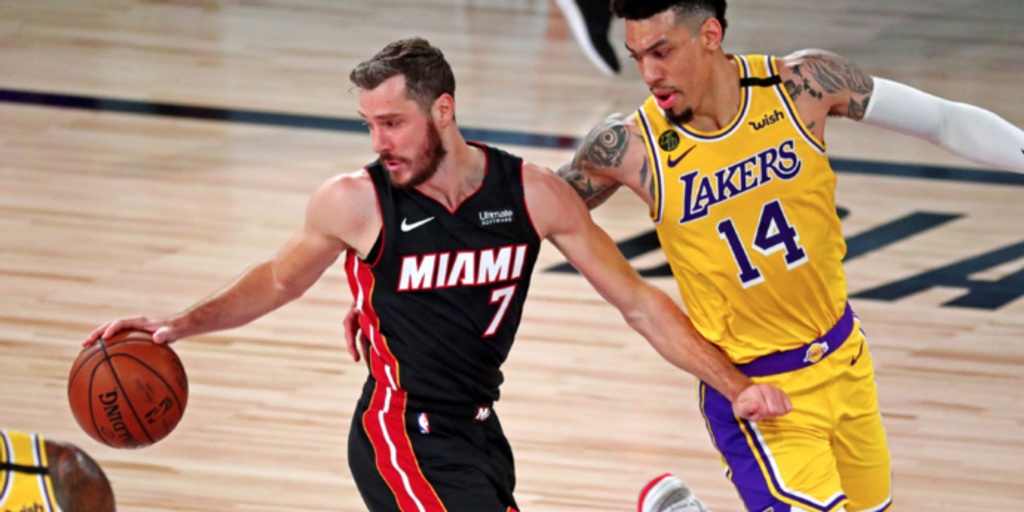 Goran Dragic (foot) out for Game 2

Update: Heat guard Goran Dragic (torn plantar fascia) has been ruled out of Game 2 of the NBA Finals against the Lakers, sources tell The Athletic NBA and Stadium. Dragic is Miami’s second-leading postseason scorer at 19.9 points per game.

Original report: The Heat say that Goran Dragic (left foot) is doubtful to return. Possibly happened on a play where he stepped on Rajon Rondo's foot and came off it funny. Dragic actually came out of the Heat locker room for the second half, then went back inside before reaching the court.

ANALYSIS: Goran Dragic's availability for the rest of the Finals is in severe jeopardy as the foot injury he suffered will continue to be evaluated. The Heat have not ruled out a potential return to the series for Dragic.

Goran Dragic was great for the Heat in these 2020 playoffs as he put up 19.9 points per game for Miami. Miami has ruled out Dragic for Game 2 of the Finals, but the Heat are hopeful Dragic will be available for Game 3.