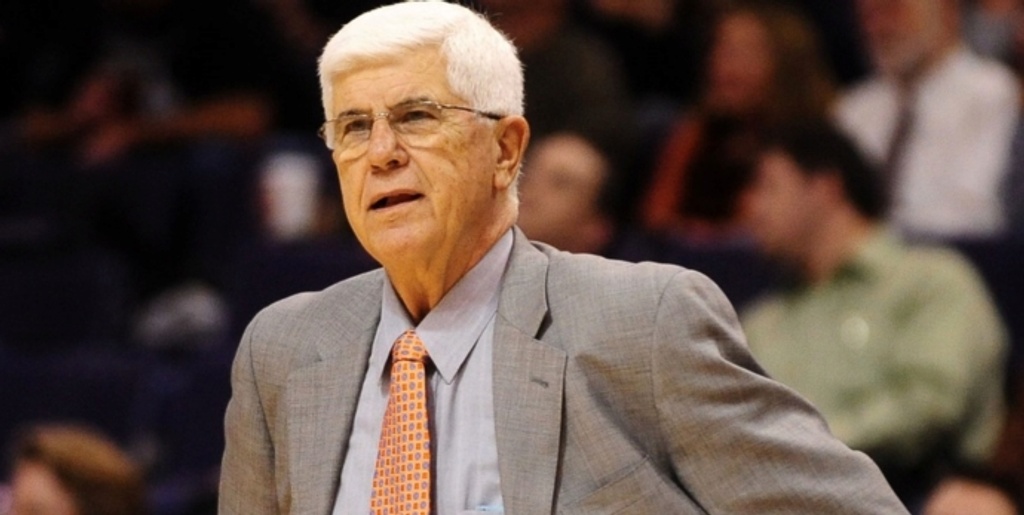 Del Harris, who coached many stars, reflects on career

When asked to name the best player he had ever coached, Del Harris demurred, “That’s like asking: Who is my favorite child?”

From Kobe Bryant to Magic Johnson to Shaquille O’Neal to Yao Ming to Elvin Hayes to Steve Nash to Dirk Nowitzki to Calvin Murphy to Rick Barry, there were too many candidates for him to single one out.

It was a diplomatic answer from an affable character, an NBA lifer who coached over 1,000 games and was honored Friday with the Lifetime Achievement Award by the National Basketball Coaches Association.

“When I speak to youngsters and tell them I was Kobe’s first coach and Magic Johnson’s last coach and that I was in Space Jam, that’s all they need to hear,” Harris said. “But I coached five of the best 10 centers in the Naismith Hall of Fame, and I can tell you there is still a place for the big man in today’s NBA game.”

Harris, 83, began his collegiate coaching career in 1965 as the head coach at Earlham College. In nine seasons, he had a 175-70 record and led the Quakers to three conference championships and the 1971 NAIA tournament. It was while he was at Earlham that he made his first foray into international coaching. In 1969, Harris was invited to coach in the Superior League, Puerto Rico’s premier professional league, where the majority of coaches were NBA, ABA or NCAA veterans. He was the first and only coach in league history to win three championships, and he compiled a 176-71 record in six summer seasons.

This success opened the ABA/NBA door and Harris was hired by Tom Nissalke to be his assistant coach with the Utah Stars and then the Houston Rockets before he was named the head coach of the Rockets in 1979.

Harris was an NBA head coach for 14 seasons with the Rockets, Milwaukee Bucks and Los Angeles Lakers, forging a regular-season record of 556-457 (.549). In 1981, he led the Rockets to the franchise’s first-ever NBA Finals series. When he won his 500th NBA game in 1997, he was just the 19th NBA coach to reach that milestone and his 556 wins currently ranks 29th in NBA history.

He was voted the NBA’s Coach of the Year in 1995 in his first year with the Lakers. He was an assistant coach for 18 seasons and his teams averaged over 55 wins a year during his last 11 seasons as an assistant. Eight of Harris’ assistant coaches went on to become NBA head coaches and two others became NBA general managers.

Harris was coach of Yao Ming and the Chinese National Team at the 2004 Olympics, where his team defeated the reigning world champions, Serbia (they had won as Yugoslavia) to advance to the medal round for the first time at am Olympics.

He said that victory over Serbia, in a game both teams needed to win, helped him enjoy the quintessential moment of his Olympics experience.

“All of those guys went on to have great careers in the federation and Yao Ming is running [the league]. Li Nan is the national team coach, and other guys have coached teams that have won CBA (China Basketball Association) championships and are doing really well. I know there’s a lot going on politically right now with China, but those were all super guys. “

An author of numerous books on basketball that have been translated in five languages, Harris has coached five different national teams in FIBA competition. In 1974, he led Puerto Rico to a silver medal in the Copa Americas and the country’s first ever gold medal at the CentroBasket Championship (Caribbean and Central America). In 1994, he assisted Ken Shields with the Canadian national team at the World Championships. He was an assistant to Rudy Tomjanovich’s bronze-medal-winning Team USA squad at the World Championships in Greece in 1998.

How does he want to be remembered?

“Mainly as a funny guy,” Harris said. “I was flexible. If my team was able to slow it down and pound it inside, we did that. And if was needed to play fast, we played fast. Adjustability and flexibility, that’s kind of what I did best.”