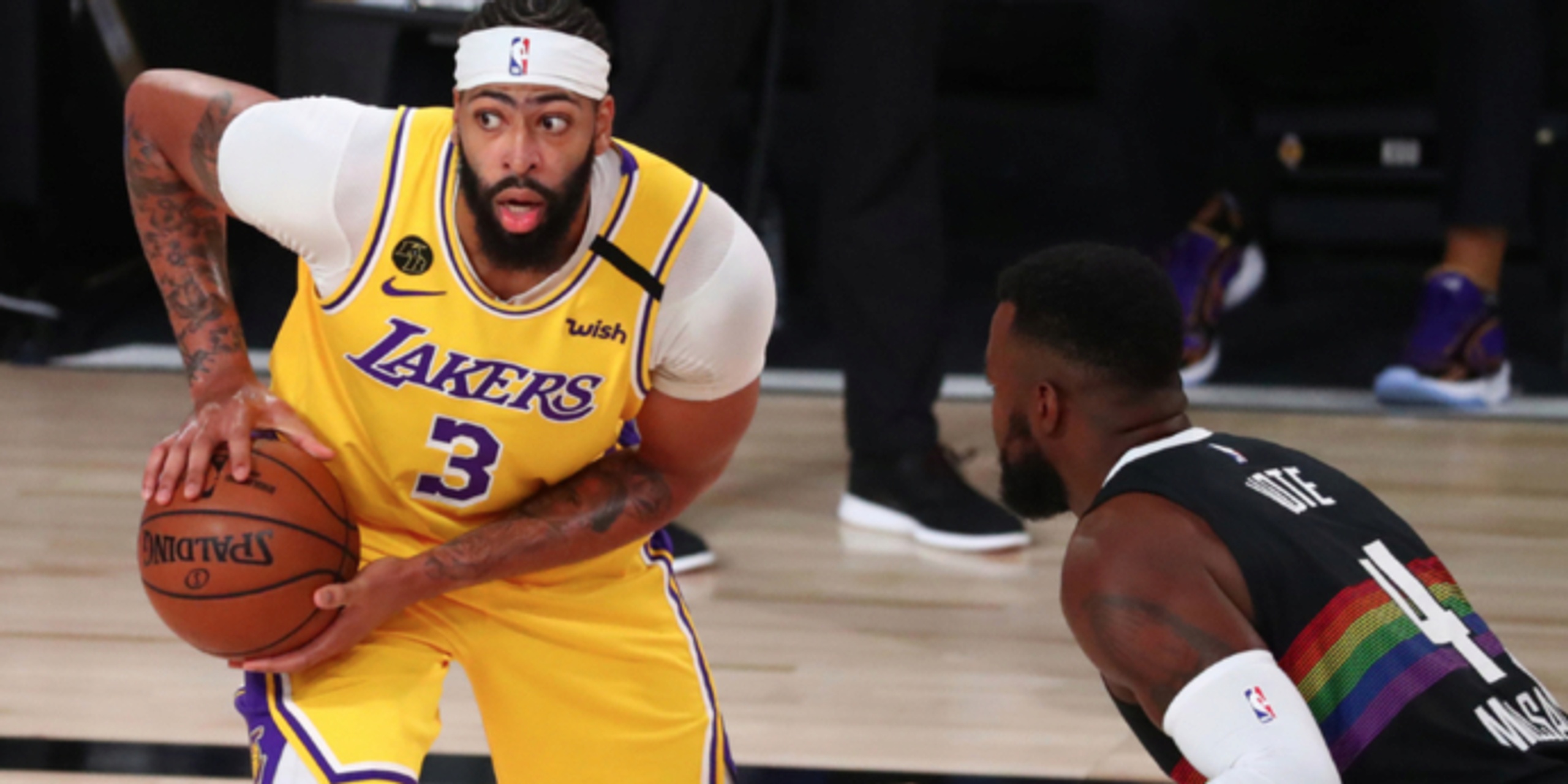 Update: Los Angeles Lakers big man Anthony Davis (right heel contusion) is listed as probable for Game 6 of the NBA Finals against the Miami Heat on Sunday. Davis acknowledged on Friday after the Lakers' Game 5 loss to the Heat that he originally suffered the injury during the Western Conference finals against the Denver Nuggets.

Update: Davis, who still managed to score 28 points on 9-for-15 shooting with 12 rebounds, 3 assists, 3 steals and 3 blocks in 42 minutes, expressed confidence when asked about his injury outlook for Game 6.

A source familiar with Davis' injury described the bruise to ESPN as "painful" but said "he can tolerate it."

Original report: Anthony Davis re-aggravated his right heel contusion that’s been on the injury report. Looked like he got kicked there. He is available to return.

ANALYSIS: Anthony Davis went down in the first half and appeared to be in severe pain as he could not put any weight on his right foot. Laker fans have to feel relieved knowing it is only a contusion and nothing more serious.

Davis returned to the game after going down and played the rest of the night, though he did look noticeably hurt at times. AD says he will be 'fine' for Sunday's Game 6 matchup and is officially listed as 'probable' on the injury report.