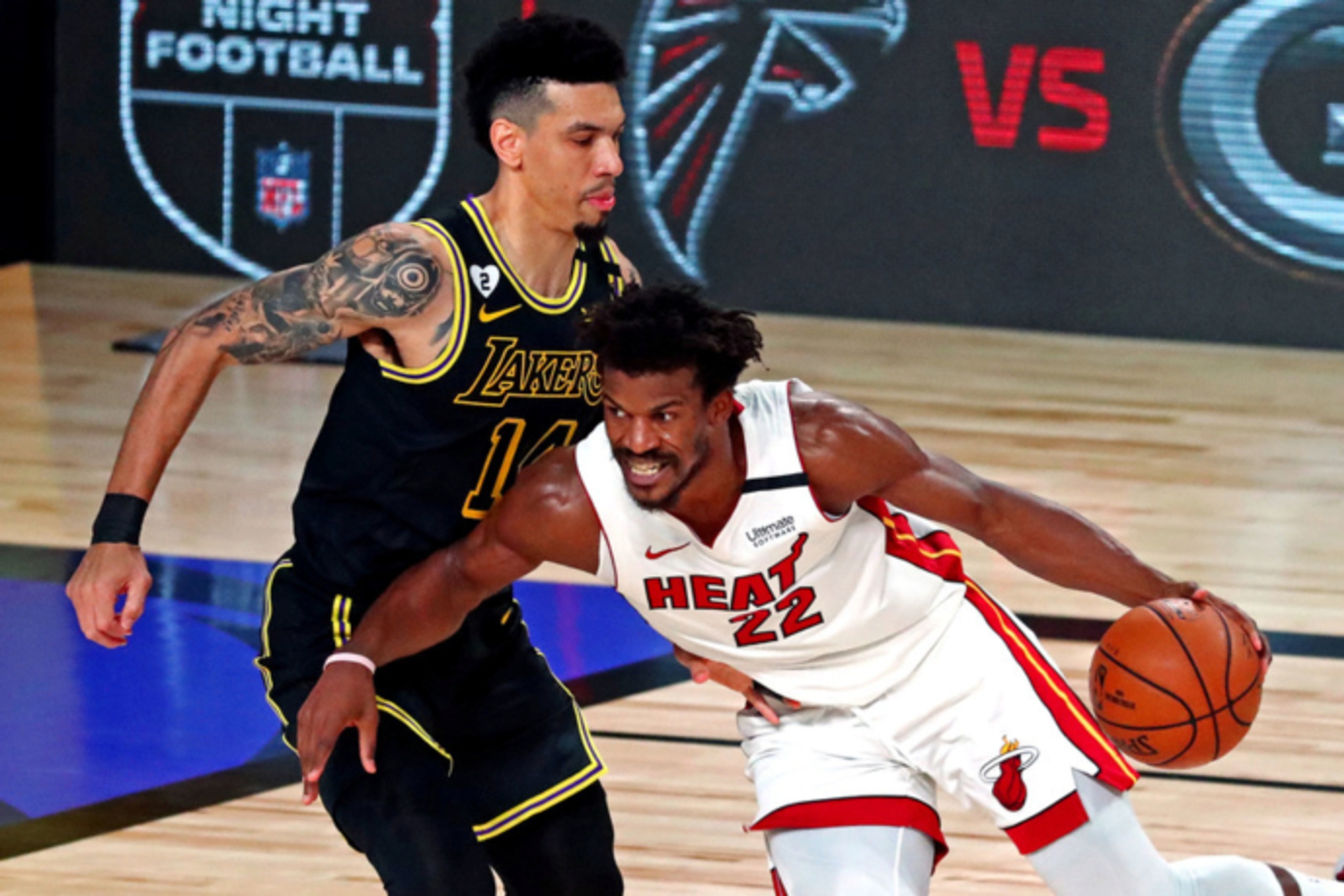 In its last two-minute report released Saturday, the NBA announced that Jimmy Butler should have been called for a shooting foul on LeBron James with 1:01 remaining in the fourth quarter for extending his arm and making contact with the side of James' head on a drive to the hoop when L.A. was trailing 105-104.

It also determined that with 28 seconds remaining, Miami's Andre Iguodala should have been called for a defensive three-seconds violation for not clearing the lane when not actively guarding an opponent.

ANALYSIS: The NBA upheld the two calls that Lakers head coach Frank Vogel complained about after their Game 5 loss, but they did report two calls that should have gone the Lakers way. The two calls that were missed by the officials late in the game ended up not affecting the Lakers though, as they ended up scoring on both possessions. Nonetheless, the outcome of the game might have been different if these calls were made.

After being unable to execute late in Game 5, the Lakers will get another chance to close things out on Sunday in Game 6.