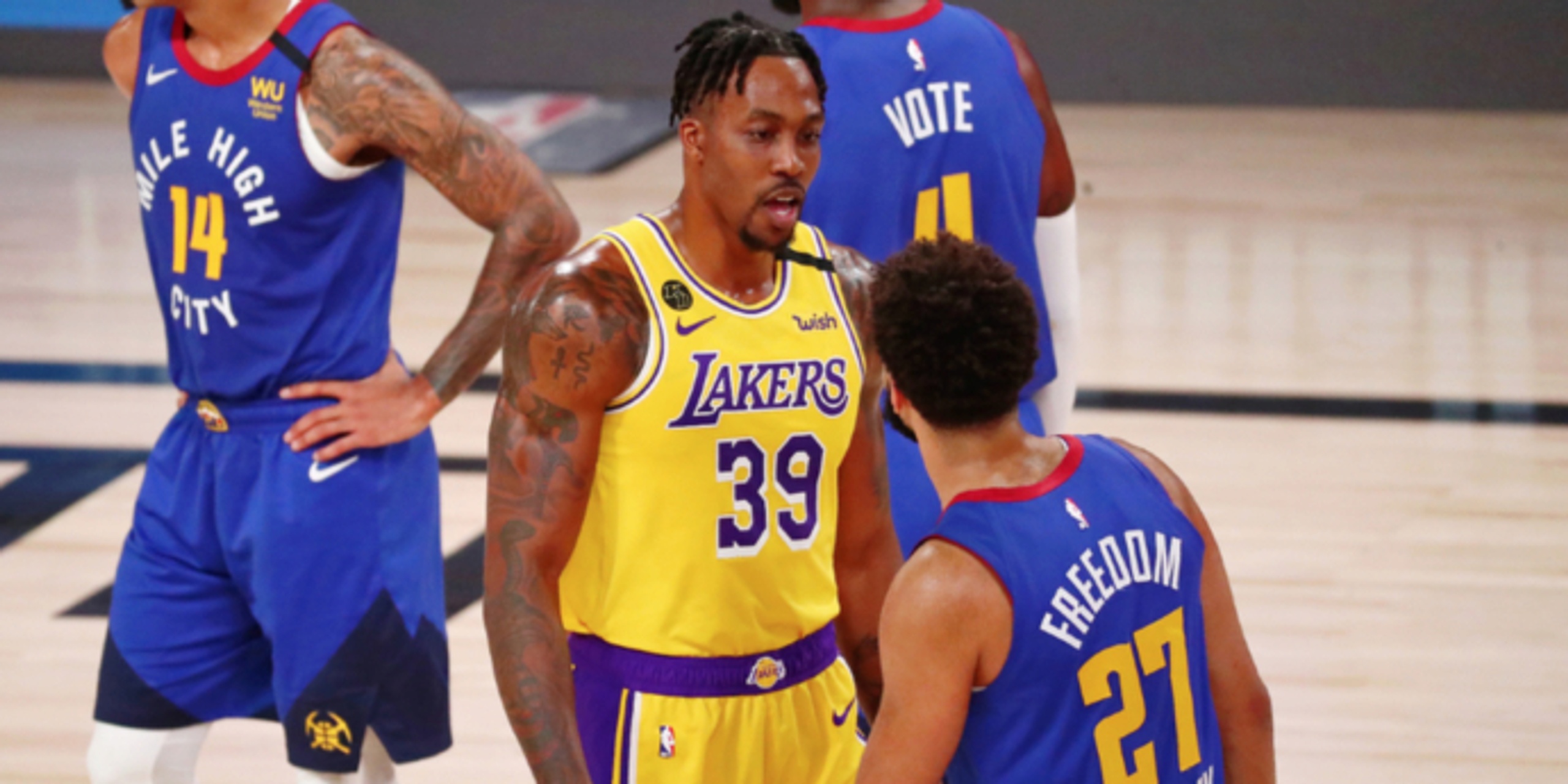 Lakers give Howard the start over McGee

Dwight Howard will start at center for Game 4 of the Western Conference finals, the Los Angeles Lakers announced shortly before tipoff Thursday.

Howard replaced JaVale McGee in the first unit to begin the second half of Game 3.

ANALYSIS: After an awful rebounding effort from the Lakers in a Game 3 loss, Vogel has inserted Dwight Howard into the starting lineup to try and switch things up for Game 4. Howard's activity on the court has been beneficial for this Lakers team throughout the playoffs, but he has mostly been in a reserve role for LA this season. Howard will now get his first opportunity to start for the Lakers in the 2020 playoffs.