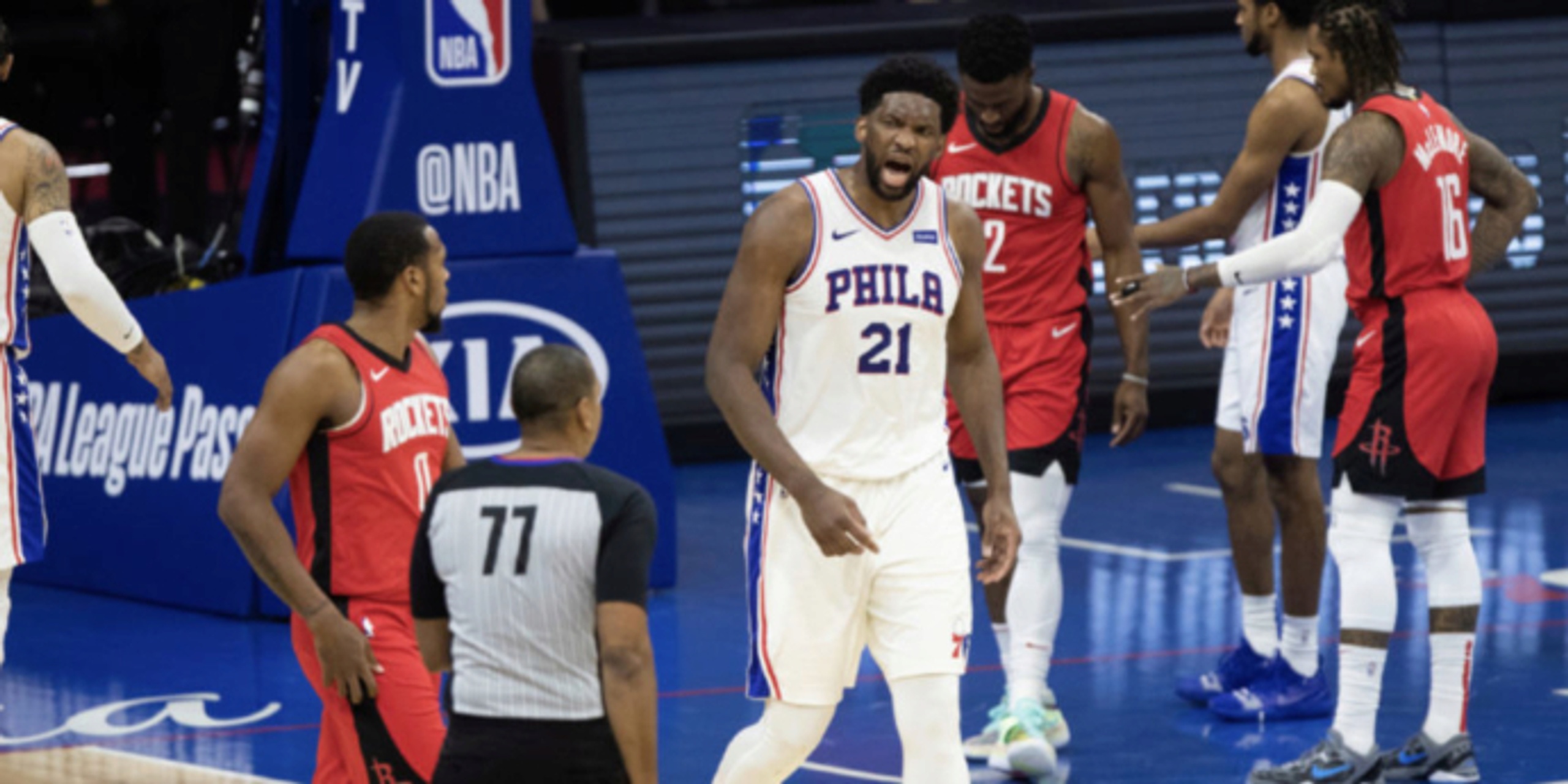 Ben Simmons out with stomach virus, 76ers hold on against Rockets

The Philadelphia 76ers held onto a 118-113 win over the Houston Rockets Wednesday night at Wells Fargo Center. After going up by as much as 29 points in the second half, the 76ers saw their lead cut to just four points with under two minutes left in the game, allowing Houston to go on a big fourth quarter run. But Joel Embiid, who finished with 31/11/ 9, hit some big shots down the stretch for Philly, helping secure the team's 19th win on the season. The 76ers now move to 19-10 on the season, and remain first in the Eastern Conference Standings.

76ers point guard Ben Simmons was ruled out of Wednesday's game against the Rockets shortly before tip-off due to a stomach virus. Simmons was coming off of a career-high 42 points in his last outing against the Jazz on Monday. But despite being without Simmons, Philadelphia was facing a favorable matchup against a reeling Rockets team.

The Rockets, who are now losers of seven straight, have struggled mightily since losing All-Star candidate forward/center Christian Wood to an ankle injury. John Wall has been the lone bright spot for the Rockets as of late, averaging about 27 points per game over Houston's past three games. After scoring just two points in the first half tonight, Wall exploded for 26 in the second half and had the opportunity to pull Houston within three late, but missed a key free-throw. Wall finished with 28 points and 7 assists, while also committing 7 turnovers. DeMarcus Cousins had one of his better games of the season in the losing effort, putting up 19 points, 8 rebounds, and 4 assists in 37 minutes on the court.

The 76ers will host the Chicago Bulls in their next matchup, Friday, at 7:30 PM ET. It remains unclear what Ben Simmons (stomach virus) status will be when Philly takes the court, but expect updates to come closer to Friday.

And Houston will get their next chance to end the losing streak Friday when they host the Dallas Mavericks at 8 PM ET.