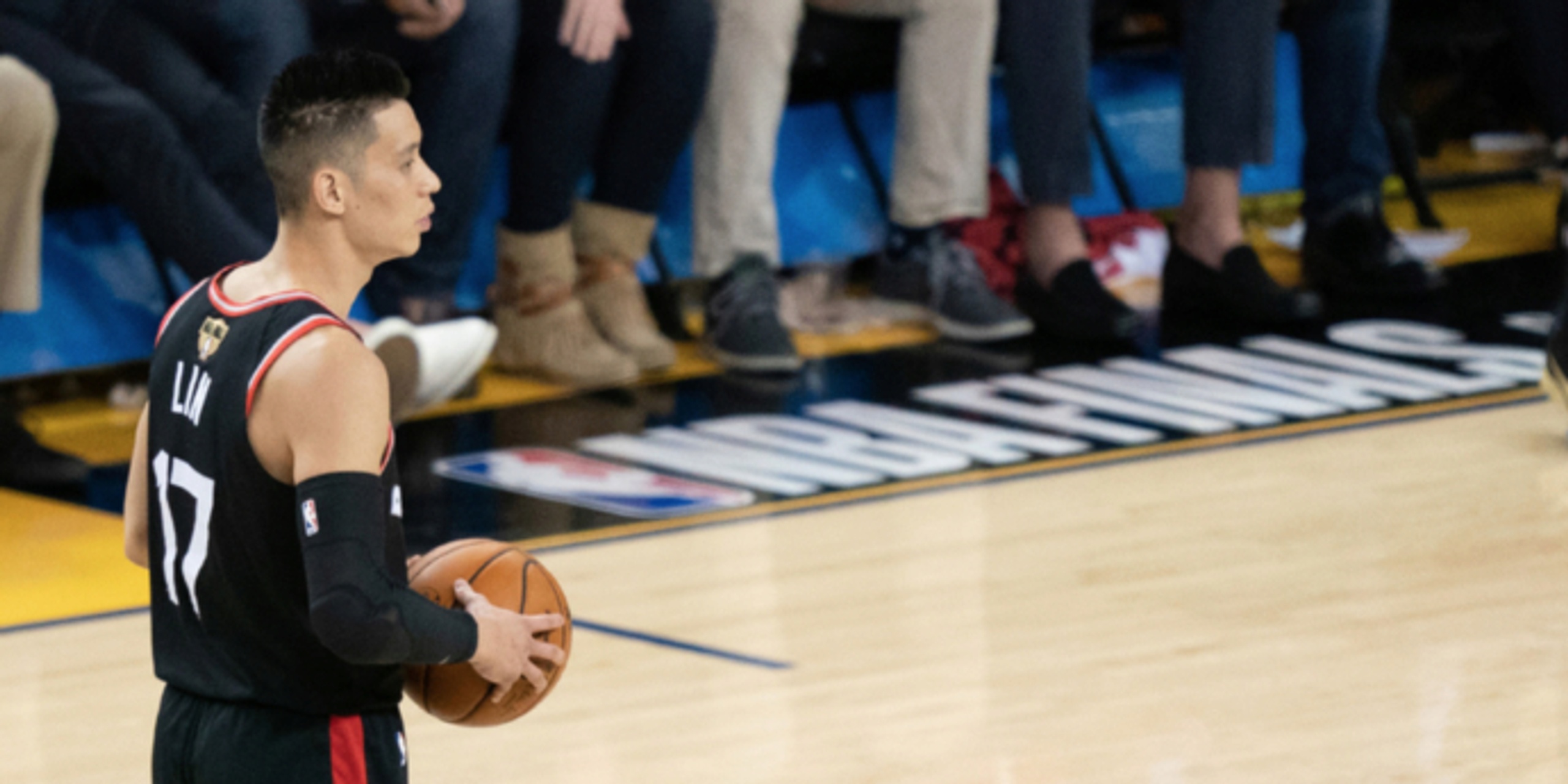 "According to a reliable source, the Golden State Warriors have expressed a clear interest in Jeremy Lin. The Warriors’ core [Stephen] Curry likes Jeremy Lin’s way of playing and clearly expressed his hope that he can join the Warriors. Although Jeremy Lin has not made a decision yet, [he'll have] an important choice to make this offseason.

"In addition to the Warriors, the Nets are also likely to be one of the teams that Jeremy could join in the future. Everyone knows that the owner of the Nets is Joe Tsai. He has always hoped that the team can have Chinese elements in it. More importantly, Joe Tsai and Jeremy Lin have very good personal relationships."

ANALYSIS: Last season, Jeremy Lin played for the Beijing Ducks of the Chinese Basketball Association. Now, he's hoping to return to the NBA and he's expected to receive interest from a number of teams once free agency begins. In China, Lin averaged 22.3 points, 5.7 rebounds, 5.6 assists, 1.8 steals and 1.3 threes while shooting 49.1 percent from the field and 33.8 percent from three-point range.

Lin last played in the NBA during the 2018-19 season, averaging 9.6 points, 3.1 assists and 2.4 rebounds for the Atlanta Hawks and Toronto Raptors. Lin won his first NBA championship with Toronto. Over the course of his 9-year NBA career, Lin has averaged 11.6 points, 4.3 assists, 2.8 rebounds and 1.1 steals in 25.5 minutes per game.

Interestingly, Lin started his career with Golden State, playing 29 games for the Warriors during his rookie season. He also spent two years with Brooklyn, where he averaged 14.6 points, 5.1 assists, 3.6 rebounds, 1.6 threes, 1.1 steals while shooting 43.7 percent from the field and 37.3 percent from three-point range. It'll be interesting to see where the 32-year-old ends up.