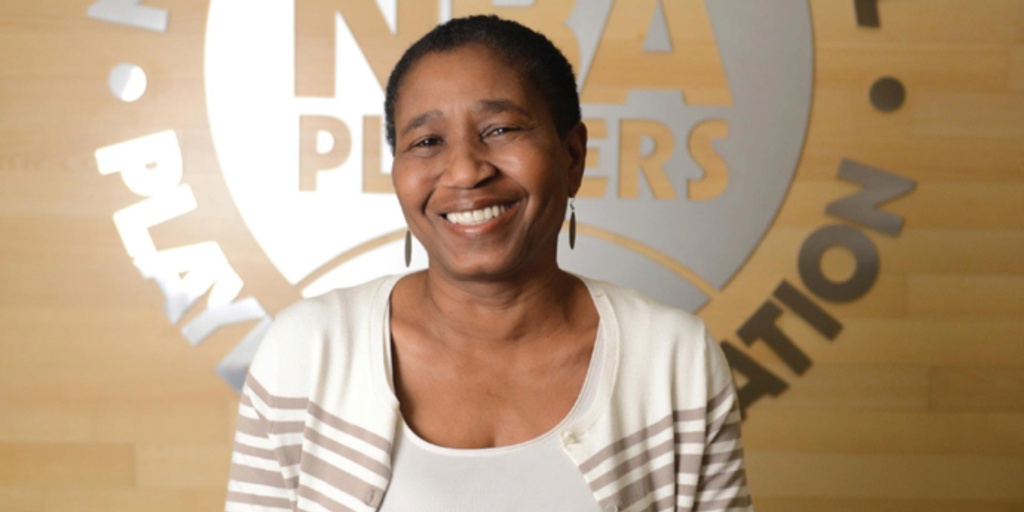 Some basketball “fans” did not watch this year’s NBA playoffs because they were offended by the words "Black Lives Matter" being painted on the court inside the bubble. Ratings were down more than 40 percent, although it's worth noting that MLB also saw their ratings drastically decline and a new national poll indicated that the NBA's dip in ratings wasn't due to politics.

Recently, an assistant basketball coach at Fordham University said that he refused to watch the resumption of the NBA season out of principle because he thought the BLM aspect and the statements on the backs of players’ jerseys were just too much.

Many of us who love the NBA were watching bubble games religiously all the way through the Finals, but there's plenty of anecdotal evidence like this. What would Michele Roberts, the director of the National Basketball Players' Association, say to these people who are tuning out?

“Look, everyone has the right to change the channel," Roberts told BasketballNews.com. "I have no problem with that. You don’t have to agree with anything you don’t want to. But, alternatively, there’s a view that if I don’t agree with you, then you can’t say it or have me be exposed to it. Because then you’re in the wrong country.

“The reality is that these issues have now come to a place in our national dialogue.”

Roberts is a believer in freedom of choice and freedom of speech, and if people choose to protest the NBA because of the growing political activism of the players, so be it.

The players she represents are not going to stop being vocal about their beliefs, nor will they stop trying to fight the racial and social injustices that have been going on in America for decades.

Those political/existential beliefs manifested themselves this summer in the NBA bubble following the police slaying of George Floyd in Minneapolis and the subsequent police shooting of Jacob Blake in Kenosha, WI, events that spurred NBA players to use their global platform and collective voices to draw attention to racial injustice, voter suppression and institutionalized racism in society.

And if anyone believes that NBA players are finished fighting that fight, they would be incorrect. Nothing that happens next Tuesday in the United States Presidential Election is going to change that.

“Donald Trump did not create these problems, and they are not going to go away if he goes away. All of these problems will persist,” Roberts said in a wide-ranging phone interview that touched on numerous subjects.

“There are countries and governments that say, ‘These positions will not be tolerated and we will suppress them, and if you continue to try to agitate, we will not give up and we will kill you.’ I’d like to think that the same people who say, ‘I don’t want to see Black Lives Matter on a court,’ would not want to live under a regime that says certain messages are not only inappropriate but are illegal, and you will be significantly, severely punished if you’re saying stuff. I’m most confident that those people would not condone seeing players dragged off the court and incarcerated." 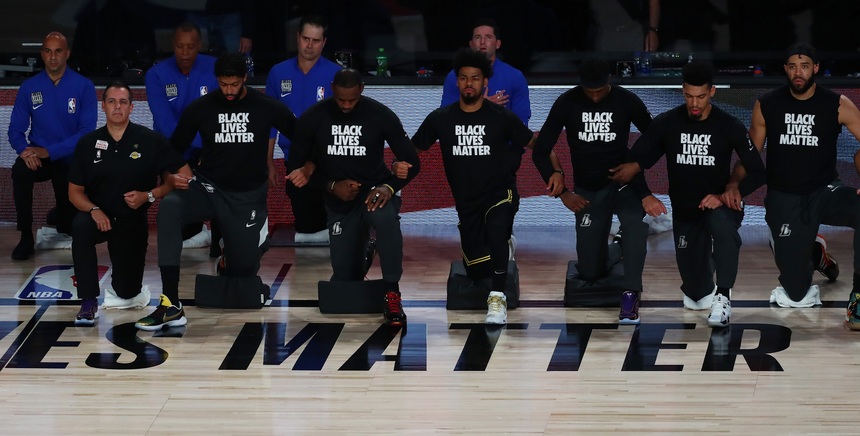 The NBA returned from a four-and-a-half-month hiatus due to the coronavirus pandemic at a time when riots and other forms of civil unrest were taking place throughout the United States due to a number of factors -- some of them political, some racial, some historical. But issues involving racial injustice hit home with NBA players, a majority of whom are Black Americans who have experienced discrimination in different forms at various times in their lives.

Certain NBA players did not want to resume the season for a number of reasons. Some felt their voices needed to be added to the protests; others felt their jobs as entertainers would deflect attention from deeper problems in society; the rest were fearful of contracting COVID-19.

NBA commissioner Adam Silver argued that resuming the season would give the players a forum to disseminate their message, and the players eventually agreed. But as part of that agreement, the NBA emblazoned the courts at Disney’s ESPN Wide World of Sports Complex with the words "Black Lives Matter" and players could choose to have different slogans adorn the backs of their jerseys instead of their last names.

It was the furthest any U.S. professional sports league had ever gone to introduce somewhat of an activist component into their product, and not everyone liked it. Some of those who were vocal in opposing it said they wanted sports to be an escape, while others complained that the BLM movement had been hijacked by radicals and that the NBA was wrong for not making it clear whether they were supporting the organization or simply the ideals.

Whatever the case, the NBA stuck with its decision and finished out its season. The players were exhausted by the end, yet empowered by their ability to foster a dialogue. That dialogue makes some people uncomfortable, but that sort of goes with the territory when matters of race, politics and social tensions are lumped together in an election year – which is what we have been living through most of 2020.

Next year, there will be a post-election dynamic, and many of the currently-existing problems are still going to be present. Voter suppression will likely be less of a focus, but racial inequality will presumably still exist, and police brutality will not magically disappear.

So what can the players do next season to advance the dialogue to a new and different place?

“That’s what is going to be interesting and exciting," Roberts said. "[In] the years I’ve been involved in the NBA, I’ve seen a steady progression and acceleration and an escalation of the players’ involvement and engagement in these issues -- from the hoodies, which compared to today’s circumstances was quite benign, to players who are leading marches in their communities. So I think it will evolve to more direct action. One of the reasons the players wanted to have the owners and other third parties in our sport become a coalition is because there is now an evolving interest in direct action projects. I think that’s the next phase, at least informally, as far as a collective effort is concerned, the players in tandem with the owners and some coaches.

“Individually, the efforts will continue, and I think will become much more sophisticated in their approaches. Many of our players have aligned with either new community organizers or longtime community organizers to get to that next level. Collectively, the players are interested in finding out how they can together devote their resources, financial resources, their personal capital (and) their personal time and attention, to engage with similarly situated folks.”

Roberts is entering her final season as Executive Director of the Players' Association, and the owners and players still have numerous unresolved issues relating to next season -- where games will be played, whether fans will be allowed inside, when the season will start and how the money will be divided. All of these remain open issues.

“Even the assumptions that we can collectively agree on are controversial, such as what local markets will allow us to do. And I haven’t even mentioned the virus yet," Roberts said. "Europe is in trouble, and we seem to be following in Europe’s footsteps. How we can start, and when we can start? And if we start, what does it look like? Are we back in a bubble? Are we now? Is it bubble-like? What about travel? How many games? These are probably the most difficult questions that the game has faced, particularly because there are so many variables that we can’t control,” Roberts said.

A proposal for a 72-game season starting before Christmas has been presented to the union, but it is still being studied. Marc Stein of the New York Times reported that there could be a 50-game season if it begins in January. Naturally, the progression of the coronavirus pandemic will impact everything.

“There’s some elements of what the league is proposing that in our view are not controversial, perhaps. Some things needed to have been verified, and some things are going to be hard," Roberts admitted.

“But we’ll get there. We have to. We’re going to have another season. We’re not going to stop playing basketball. And so we’ll get there. These are decisions that have to be made together, but in the face of so many uncertainties, it just makes it a little more difficult."

Check out Michele Roberts' wide-ranging Q&A with BasketballNews.com. She talked about whether a December start date for next season is realistic, finding her successor, the Milwaukee Bucks' boycott and more.