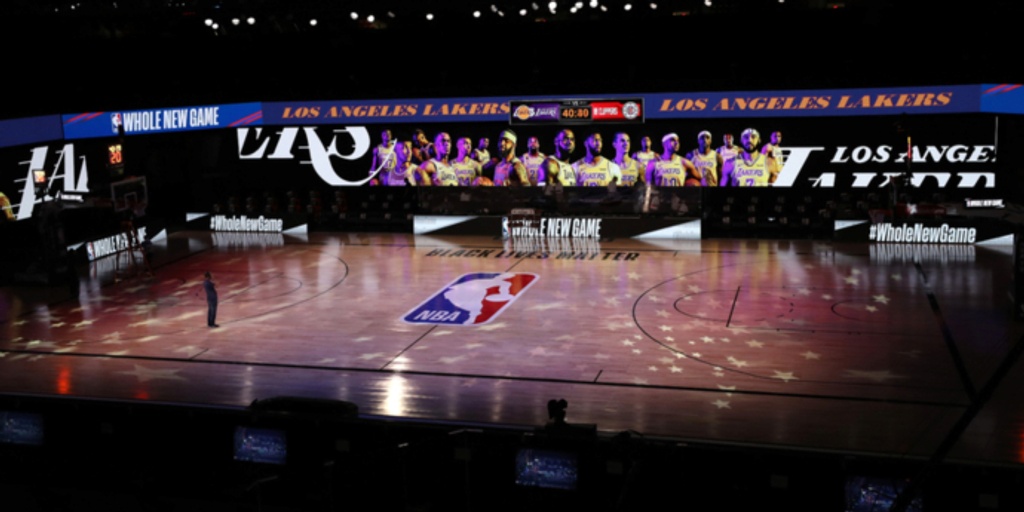 NBPA executive director Michele Roberts spoke to BasketballNews.com one-on-one, touching on a number of subjects and making some strong statements, particularly regarding the political activism of NBA players. She also discussed the latest on the NBA's plan for next season, her tenure as executive director and much more.

Do you still plan to leave your position after next season and have a successor take over the Players' Association?

Michele Roberts: “My personal deadline was 65 years old and I’m on a beach someplace answering to no one. But I’m not running out the door in the next 10 minutes. I’m prepared to be here for next season. Having said that, we will continue to try to find a successor. The NBPA, like any well-run organization, has to have a real-life succession plan, and so we’re going to have that, and I think we’ll have both. We’ll get a successor in line, and we’ll get me out of here Sept. 14, 2021.”

Will the season start just before Christmas, as the NBA has proposed?

Roberts: “Look, a December start? Look at Europe. Are we going to be able to play in December? What is going to be the status of the virus and how it impacts our cities in the next 30 days, in the next 45 days? Europe was in horrible shape in late December and January, and we were fine. They started to recover at about the time we began to peak. We peaked, and Europe sort of got out of it. They began to slowly get back in trouble, and now they’re back in trouble; we’re slowly finding ourselves back in trouble [too]. Look over in Europe and there are major cities locked down again, and we’re right behind them.

"And then the question becomes, if we’re right behind them, what sense does it make to start talking about camps and trying to play games if in the next 30 days, major cities are going to be locked down again? Everyone is trying to figure it out. This is unprecedented, and it’s going to take some unprecedented imagination on our part to find the most sensible way to restart our season, and when.”

What are the main points of contention in the current NBA proposal?

Roberts: “I wouldn’t call it a point of contention. It’s the headiest issue, and that is – and I hate to say it because it is so predictable – but it’s revenue, the revenue split. Our game has taken a huge hit because of the virus. The projections that we confidently had about the game’s growth, both this year and last year and next year and the year after that, those things are not going to happen. And it’s nobody’s fault. So we’ve got to figure out a way to live in an environment in which billions of dollars we expected to enjoy are no longer here. Everyone is confident the game will rebound, but until it rebounds, how do we deal with this revenue shortage? I think it’s a point of contention; it’s just very important that the parties find a way to deal with it where everyone walks away thinking, ‘I’ve taken my share of the pay, have you?’ If we get past that, then almost everything else we can agree on – how many games, when will we start, are we going to get there?

“The goal is to be faithful to the CBA agreement that we adopted back in 2015. The question is how is that going to work. You have the right to your (49) percent share. We have the right to our (51) percent share. What are we going to do to ensure that happens in light of the fact that there are monies already committed. It’s not going to be $8 billion, it’s going to be something like $6 billion. You’ve got all this money already committed to salaries and other fixed costs. Assuming the BRI (Basketball-Related Income) comes in at this considerably reduced number, the owners aren’t going to get their 49 percent. So what do we do? Do we increase the escrow to 40 or 50 percent, or do we do something else? Do we talk deferring compensation for a number of years until such a time as you are paid in full? As simple as it sounds, that’s really the conversation. It’s not just players deferring compensation, it’s the teams deferring compensation. We’re talking about somebody being paid later, somebodies getting paid later; then how do we decide what 'later' is and what percentages? We know there is not going to be enough money to fulfill the current terms of the CBA unless the players take a huge cut in their compensation.”

The TV money will still come in, correct?

Roberts: “It’s not so much the TV money. It is still unclear in some conversations whether or not there is any real money going to be lost in terms of the current TV deal. The TV deal is the TV deal. There are guaranteed payments. The question that people are concerned about is what is the future impact that revenue lost by media partners is going to have in future negotiations. So how do we take care of our TV partners at a time when this virus is going to create a loss of revenue? And that’s what the little trick is. I’m not privy to what ABC and TNT and ESPN have to say about what they’ve lost or what they predict they may lose. But I’m going to expect that they’re like the rest of us; like everyone in this country, they’ll lose money. So how can we keep our media partners afloat? With all of us recognizing that we can only do so much because the virus is not giving us complete flexibility...”

There were quite a few dicey moments when it looked like this season was not going to be completed, No. 1 being the Milwaukee Bucks’ boycott. I wonder if you can kind of remember a quintessential moment from the night the Bucks refused to take the court against Orlando, and how everything unfolded. Was there a moment for you that captured the essence of what was going on at that particular time?

Roberts: “I think about that night a lot. That is a night that I will never forget. The game was going to happen, and then it was not going to happen. I’m somewhat embarrassed to admit that I had not had an opportunity in six-plus years as the executive director to be in one room with that many players, because we have meetings twice a year over the course of the season with our player reps. At a good meeting we’ll have every rep, and then 17, 20 other players, so 50 guys. I was in a room with 200 players, and my first reaction was, ‘Damn, I’m in a room with half my membership.’ So that was astounding.

“What people fail to appreciate on some levels was this was a player-run meeting. Half, plus more of our teams and players, were there. This was a meeting convened by the players, run by the players and managed by the players. And I was at best a notekeeper. At the end of the day, watching these players, it was watching democracy. That was the way democracy should look, and it was happening. We had guys showing their feelings, laughing, crying, some yelling, but hours of guys talking to each other in the most genuine way I’ve ever seen a group of people speak about anything at any time in my life. It was amazing. And it was completely controlled by the players and their leaders.”

Roberts: “I never claimed to fully appreciate the dynamics of player-player relationships. I can sort of, kind of, figure out on an individual team who is predominant and who on an individual team are more influential than others, more predominant. So there were some voices being heard at that meeting that, at least to me, I was surprised to hear. I did not know that some of these guys felt comfortable enough to voice their opinions among their colleagues, and some of these guys were young. I’m not going to pretend that there were rookies that were so vocal, but there were some guys who are not quote-unquote ‘heavy hitters’ who were going to toe-to-toe. I don’t think anybody ran the room, so there was no consensus. There was a near-consensus. There were some comments that I would not agree with. No one was shouted down. People said, ‘I think that’s B.S.,’ but that’s different from saying, ‘Shut up.’ So I don’t think there was anyone that was expressing a position that was out of line (or) was bizarre. It was a dialogue that was at times very emotional, but at the end of the day, guys walked away and said we hadn’t resolved this, but we agreed to come back the next day and finish it. And there were discussions all night long between pockets of players that continued. I don’t think there was anything that was outrageous that came out of the mouth of any player.”

Sports and politics mixed in the bubble; we saw that before with Colin Kaepernick, we saw it with Muhammad Ali throwing his gold medal into the Ohio River, we saw it at the 1968 Olympics. The confluence of sports and politics has been happening for years and years and years. When it happened this year with the NBA, a certain segment of the population really didn’t like it and tuned out. I know people who are basketball fans who did not watch the restart because they didn’t want Black Lives Matter in their face. Obviously, that’s their choice, and they have the right to do that. But what would you say to the people who are turned off by the mix of sports and politics, specifically as it relates to the NBA?

Roberts: “I think what I would say to them is too bad you weren’t born 50 years ago, or 25 years ago, or five years ago. Because this is not something that is a flash-in-the-pan occurrence. Our country is evolving. In 2012, when Trayvon [Martin] was killed, there was so much outrage and calls for action. It was quite the same in 2014 when Eric Garner said, ‘I can’t breathe.’ These conversations have been evolving over the years and they have been growing, and from where I sit, that’s a good thing.

"Look, everyone has the right to change the channel. I have no problem with that. You don’t have to agree with anything you don’t want to. But, alternatively, there’s a view that if I don’t agree with you, then you can’t say it or have me be exposed to it. Because then you’re in the wrong country. The reality is that these issues have now come to a place in our national dialogue.”