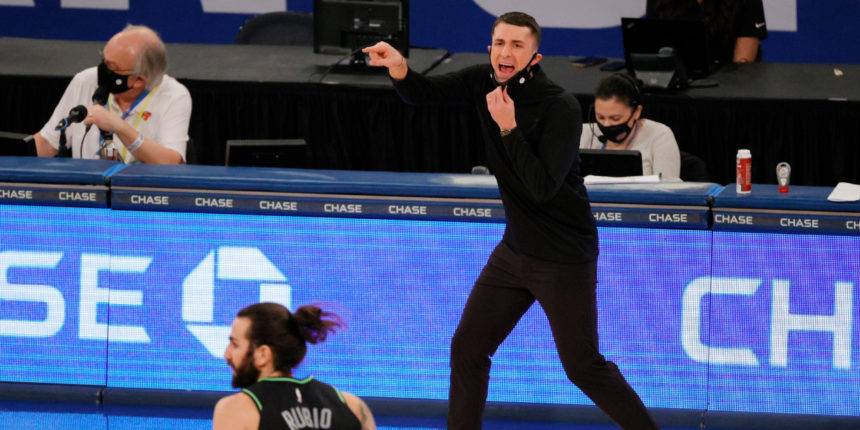 The Minnesota Timberwolves have relieved Ryan Saunders of his head coaching duties following the team's 103-99 loss to the New York Knicks. According to Shams Charania of The Athletic, Minnesota is in the process of hiring Toronto Raptors assistant Chris Finch on a multi-year deal to become the team's new head coach permanently.

The Wolves have the NBA's worst record at 7-24. Team president Gersson Rosas released a statement on the matter:

“We would like to thank Ryan for his time and commitment to the Timberwolves organization and wish him the best in the future,” said Rosas. “These are difficult decisions to make, however this change is in the best interest of the organization’s short and long-term goals.”

According to the team, additional details surrounding the announcement of the next Timberwolves head coach will be made Monday, February 22.

Rosas and Finch have worked together in the past with the Houston Rockets.