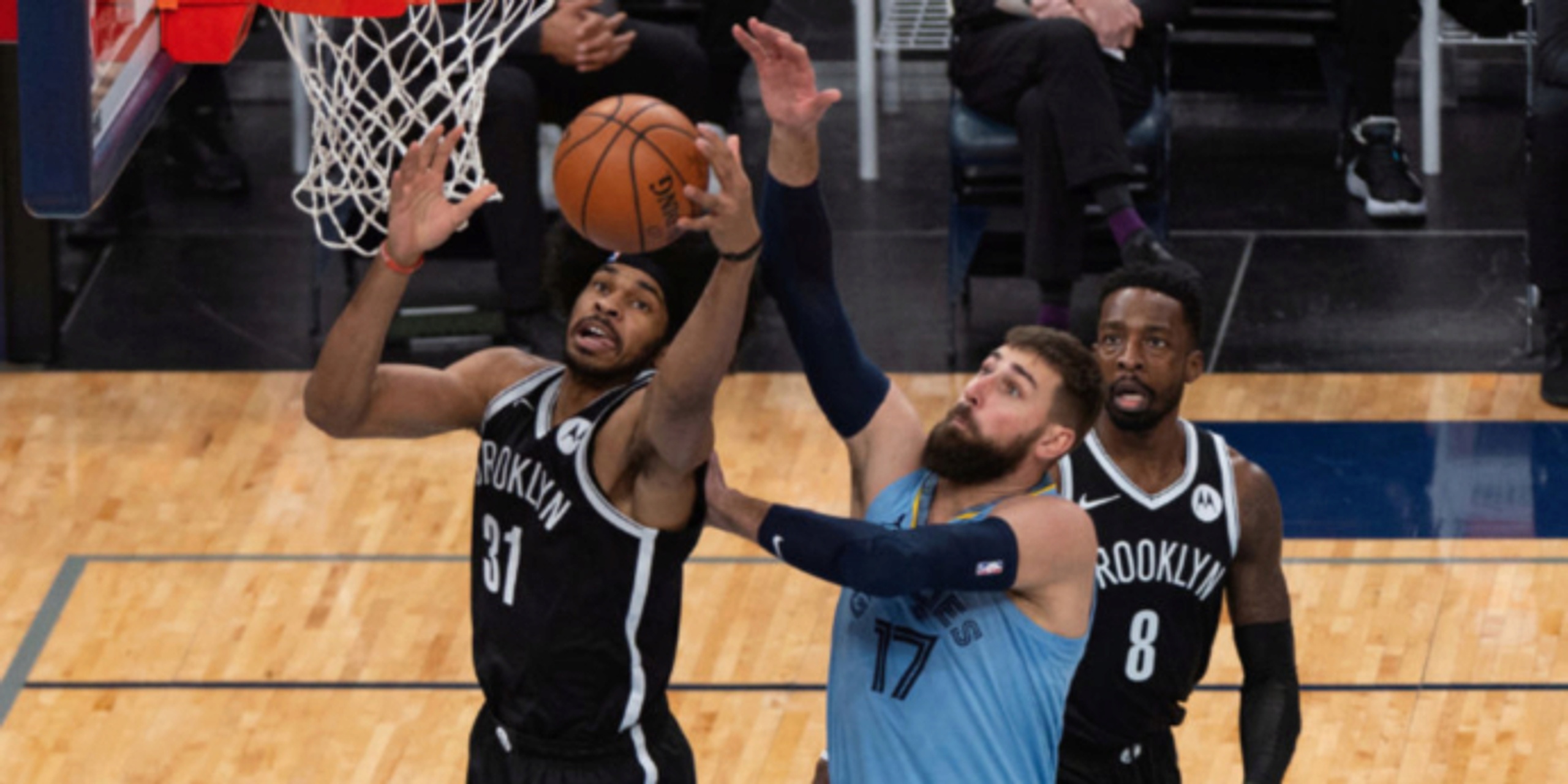 Grizzlies’ Jonas Valanciunas is out for remainder of tonight's Grizzlies-Nets game due to health and safety protocols, team says.

ANALYSIS: Memphis Grizzlies starting center Jonas Valanciunas left the game against the Brooklyn Nets at halftime due to the league's health and safety protocols. According to Charania, Valanciunas did not leave due to a positive coronavirus test, so it remains to be seen why he was forced out of Friday night's contest (or whether this will sideline him for additional games).