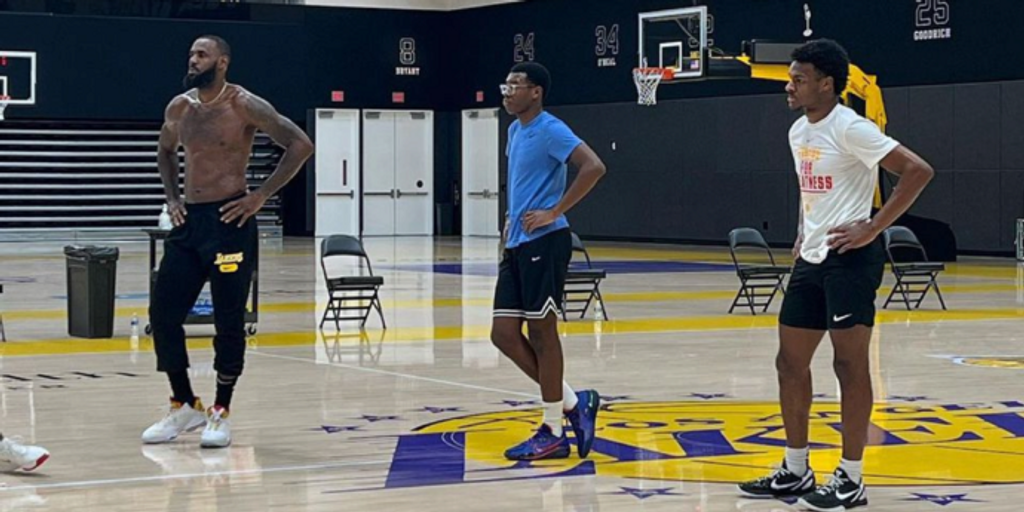 For years, there has been speculation about LeBron James possibly playing with his son, Bronny, but the 38-year-old's recent extension with the Los Angeles Lakers seemed to put those aspirations to bed for a moment.

However, in the most recent issue of Sports Illustrated, Chris Ballard spoke with LeBron, and The King doubled down on his desire to play with Bronny and his younger son, Bryce, in the late stages of his career.

LeBron tells @SInow he wants to play with Bronny AND Bryce 🤯

It's unknown whether Bronny would even like to play at the NBA level at this point, and it feels as if LeBron hasn't put any pressure on him to do so. In the article, James indicates that the decision is Bronny's, and his alone. However, LeBron and his wife confirmed to SI that Bronny is leaning toward playing college basketball.

LeBron James and his wife Savannah confirmed to SI that their son Bronny is leaning toward playing college basketball rather than opting for the NBA G-League, Overtime Elite, an overseas league or other professional options in 2023–24 https://t.co/F5KtSBnU50

LeBron's goal, of course, is all contingent on Bronny and/or Bryce being able to break through at the highest level of basketball. Currently, Bronny is ranked as a four-star prospect, and has shown a solid feel for the game while exhibiting a high ceiling. The 14-year-old Bryce has sprouted to 6-foot-6 going into his sophomore season at Sierra Canyon High School.

Under his new extension, LeBron will be a Laker for the forseeable future, which should give Bronny and Bryce all the time they need to develop at the high school and proceeding levels of basketball.