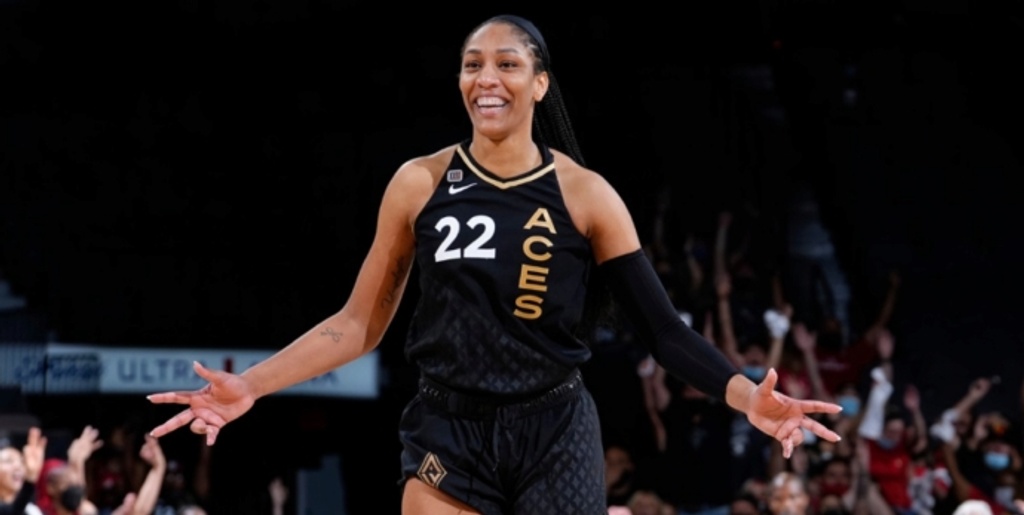 Behind Wilson, the Aces ranked first in the WNBA in defensive rebounds per game (28.4 ) and defensive rebound percentage (74.5) and fifth in steals (7.7). The 6-4 Wilson also helped Las Vegas hold opponents to 31.8 points per game in the paint, the third-fewest in the league.

With Wilson leading the way, the Aces (26-10) posted the most wins in franchise history and earned the No. 1 seed in the WNBA Playoffs. The Aces continue their pursuit of their first WNBA Championship when they host the Storm in Game 2 of the Semifinals on Wednesday, Aug. 31 at 10 p.m. ET on ESPN2.  The Storm leads 1-0. The series, which features a WNBA postseason record seven No. 1 overall draft picks in the starting lineups for both teams, is a rematch of the 2020 WNBA Finals, won by Seattle.

In honor of being named the 2022 WNBA Defensive Player of the Year, Wilson will receive $5,150 and a specially designed trophy from Tiffany & Co.

Below are the voting results for the 2022 WNBA Defensive Player of the Year Award and a list of past recipients: