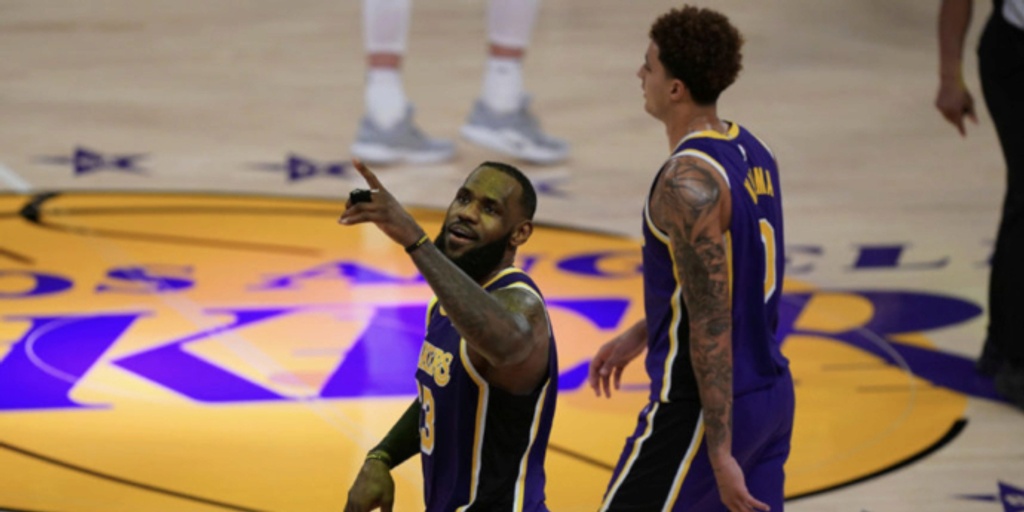 The NBA league office has issued a warning to Lakers' forwards LeBron James and Kyle Kuzma for violating the league's anti-flopping rule during last night's victory over the Memphis Grizzlies. The Grizzlies were called for 25 personal fouls throughout the game and attempted 14 less free-throws than the Lakers. After trailing big early in the first half, the Lakers turned things around in the third quarter and blitzed Memphis late in the 4th, coasting to a 115-105 victory.

Anthony Davis (Achilles) also returned from a two-game absence for the Lakers Friday night, posting 35 points and 9 rebounds in 35 minutes. The Lakers will be back in action tomorrow night against the Denver Nuggets, with a tip-off at 10 PM ET.

Below you can see the plays where James and Kuzma violated the league's anti-flopping rule: