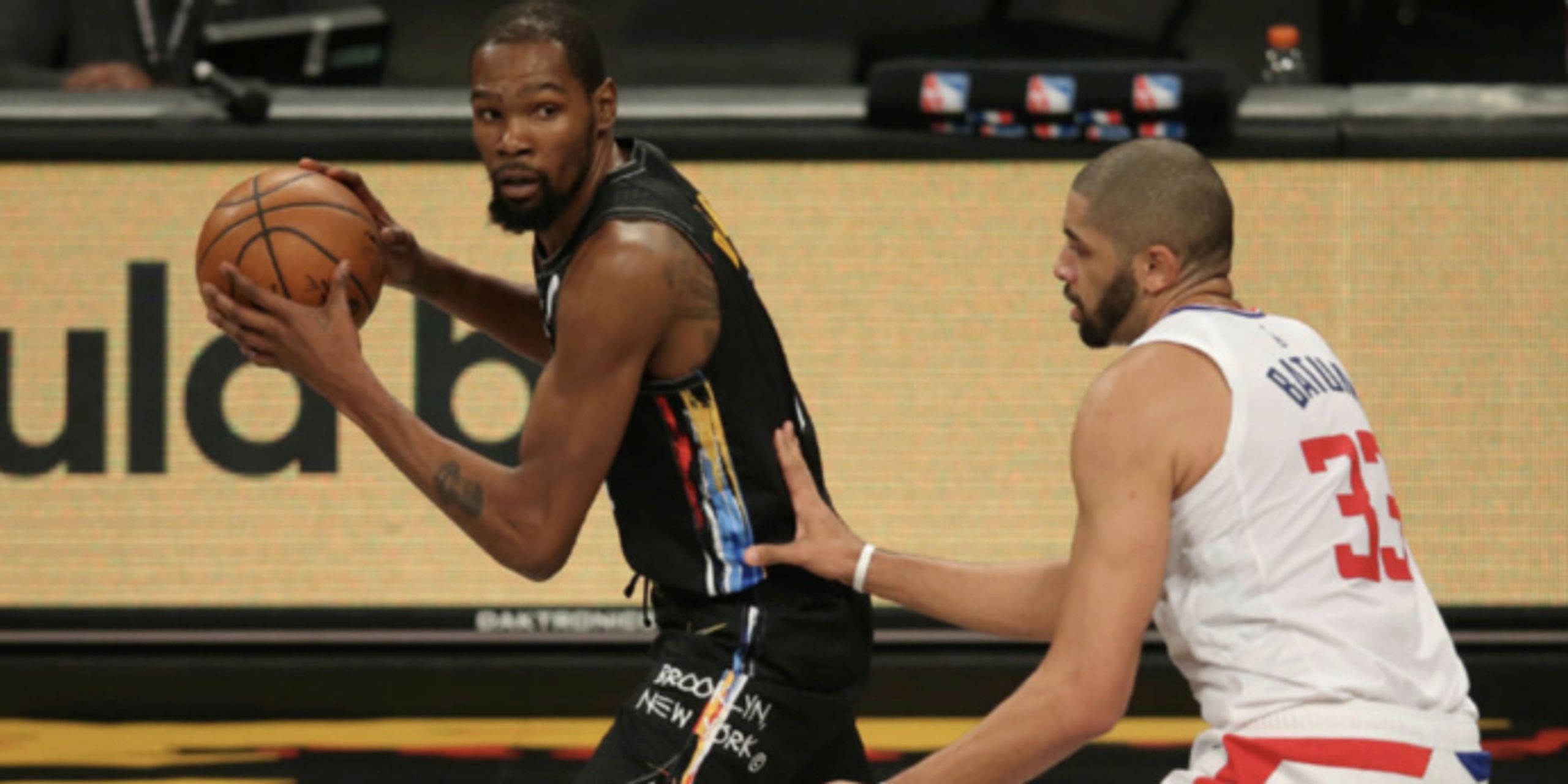 The Brooklyn Nets announced that former MVP, Kevin Durant, will be available to play Saturday night against the Golden State Warriors after missing a week of action because of the league's health/safety protocols. This will also mark KD's first game back in the Bay Area after leaving the Warriors in free agency during the 2019 offseason. The Warriors are expected to show a tribute video for Durant's return, and then will later celebrate him again when fans are allowed back in the arena.

In Durant’s three seasons with Golden State, he won two NBA titles and two NBA Finals MVP awards while also earning All-NBA selections. Durant is averaging 29.5 points, 7.4 rebounds, and 5.2 assists in his first season with Brooklyn. The 15-12 Nets will kick off a five-game road trip Saturday night as they get set to face an important upcoming stretch of games.